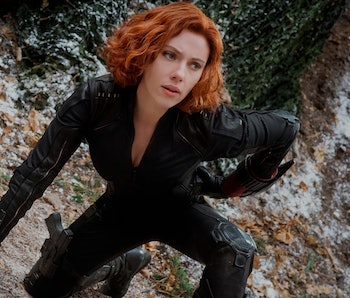 There have been five entire Marvel movies featuring Scarlett Johansson as super spy Black Widow, but Disney-owned Marvel Studios hasn’t seized the opportunity for a solo Black Widow movie. Fans want it, and now Captain America himself has weighed in: He wants it too.

While speaking to Elle to promote his new film Gifted, Chris Evans said a Johansson-led Black Widow would “clean up,” precisely because it’s Johansson anchoring the film.

“It would really just clean up, wouldn’t it?” Evans said. “Scarlett [Johansson] is so good at everything she does. She’s played such a crucial part in the other films. She always makes her presence so felt — even when there are 50 different superheroes running around onscreen. I wouldn’t be surprised if that happens at some point in the future. I’m sure Scarlett would be open to it.”

Johansson is a screen titan, so much so that she’s come out of her most recent dud Ghost in the Shell, which was fraught with heated conversations about Hollywood whitewashing, pretty much unscathed. She is still the highest-grossing actress today, and being Black Widow — a role fans already strongly associate her with — won’t come with the same lethargy people had with Ghost in the Shell.

Although fans would line up to see Marvel’s Black Widow, there’s still a few roadblocks Marvel has to consider before pursuing a film which the studio has accepted scripts for. As a Russian super spy, Natasha Romanov’s speciality is assassination, which hardly fits the definition of a “superhero.” Fox’s Deadpool can get away with it because of the character’s comedic approach and hard R-rating, but Marvel Studios insists on staying PG-13. But if Captain America is cool with it, then certainly Marvel can find a way to make it work.