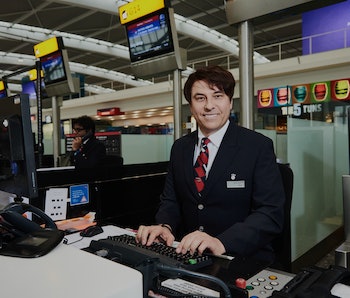 With the furor over the recent United Airlines “deplaning” debacle in full swing, people all over the world are starting to become familiar with terms like “voluntary denied boarding” and “involuntary deplaning” — but which airlines offer the best chances of actually getting the seat you paid for?

A recent U.S. government report reveals not only which airlines do the most denying of passengers, but which are better at satisfying those unlucky customers, regardless.

The distinction comes down to the idea of voluntary and involuntary denied boarding. Most airlines habitually overbook flights by some small extent, to account for the fact that some reliable portion of people will miss their flight — on average. But, in less average situations, most everyone does show up, and seating conflicts arise. Sometimes this isn’t a big deal, and the airline can find enough people to appease with vouchers and other customer service bribes. When the airline can’t find people willing to take their deals, however, the plane still needs to take off — and whether they like it or not, someone’s getting left behind.

The report breaks down various American airlines according to their “involuntary denied boardings per 100,000 passengers.”

The best, from this perspective, is Hawaiian Airlines, which was unable to resolve a mere 0.05 cases per 100,000 customers delivered on-time over 2016. On the other end there’s ExpressJet with a whopping 1.51 — but both these numbers could be a bit misleading. Of the country’s mega-airlines (enplaning close to 100,000,000 or more), the absolute worst seems to be Southwest, with 0.99 involuntary deplanings per 10,000.

United Airlines itself? It comes in near the middle of the pack with 0.43 — but, as this week’s controversy shows, it’s not necessarily about how many people you boot, but how you do the booting that counts.