At this point, any grade school kid can tell you what space looks like, more or less. From Vincent van Gogh’s “The Starry Night” to Star Wars, the visual arts are no stranger to depictions of the cosmos.

But what places look like are simply one-half of the equation. What does space sound like? It’s a question that both scientists and artists alike have pursued, and in recent years, it’s brought those two communities together.

In reality, we don’t have any actual samples of what space sounds like. Without a medium like air for soundwaves to travel through, no spacecraft has ever been able to record what a nearby moon or planet in the solar system sounds like. And yet, we have decades’ worth of radio wave data to work with. For some musicians, particularly electronic types, that’s more than enough.

Take a track like “Saturn Song,” recorded by Beach House and released in 2014. The backdrop of a moody twang is a harsh specter of static dotted with strange, blipped sounds that seem to be whirring from an old, broken radio. Those blips are actually samples of radio waves recorded half a billion miles away by the Voyager 1 and Voyager 2 spacecraft decades ago, converted by Beach House into audio.

In fact, there’s been a trend in among electronic artists to actively seek out these bits of sonic data and information and turn them into key pillars of carefully crafted soundscapes. In using space-related samples as a part of musical tracks, artists are leveraging the themes we most often associate with space as part of the music. There’s the sense of adventure and discovery; the nervous dive into the great unknown; the dark, moody silence of the infinite vacuum and darkness; the quiet beauty of distant lights sparkling on and on; and so forth.

You could attribute this trend to a sense that the expanse beyond Earth’s atmosphere feels closer and more tangible than ever. Every week, there’s news of a new milestone in helping humans get to Mars; the discovery of new planets outside the solar system which could prove to be a new Earth; hope that we’re on the cusp of proving we’re not alone in the universe; and so forth.

The advent of open source materials has certainly pushed that tangibility forward. Over the last several years, NASA has made its audio collection completely available to the public to download and sample for all sorts of different purposes (with attribution of course). The official archive is a bit confusing to navigate through, so a more streamlined page also exists on NASA’s Soundcloud account. (Don’t ever say the agency isn’t run by a powerhouse of social media mavens.)

This library of sounds go from the neatly conventional, like rocket launches and mission control chatter, to the bizarre, like recordings of space itself collected by various spacecraft like Cassini and Voyager.

The University of Iowa also has an ongoing 40-year old collection of space noises acquired from different missions. This data was the basis of a series of multimedia concerts called Sun Rings, performed by the Kronos Quartet.

One of the first artists to feature interstellar noise in their work was the musician Robert Schroeder. Much of his music is imbued with a spacey, futuristic feel, but his 1982 recording Galaxie Cygnus-A prominently features noise from the distant galaxy Cygnus-A collected through a radio telescope.

Another ambitious project to take advantage of this open catalogue was The Space Project, a 2014 compilation album bringing together 14 indie rock bands and electronic music producers to turn a collection of space noise samples into artful music.

The Space Project, too, samples the Voyager mission sounds on each track and builds a evocative layering of ambient music around them. It’s not an album to crank in the car, but it’s certainly a strange journey through the cosmos — even if its only in your own head.

Among the latest examples comes from a trio of electronic artists signed to Cadenza Records, whose 2016 ALMA Sounds album features samples from the European Southern Observatory’s incredibly powerful Atacama Large Millimeter/submillimeter Array (ALMA) telescope. Like the space samples in The Space Project, ALMA Sounds uses observational data that was converted into sound and uploaded to the web in a project also called ALMA Sounds.

In this instance, noise come from the Orion Nebula, a dense, beautiful thicket of stardust and explosions. The hundreds of noise samples taken from this data are converted into a cornucopia of chirps and slogging drones, veering between what sounds like robotic bird calls or vast interstellar ships slowly trudging through the vacuum of space. ALMA Sounds essentially builds on those kind of cold noises to create a warm, human set of beats and melodies. 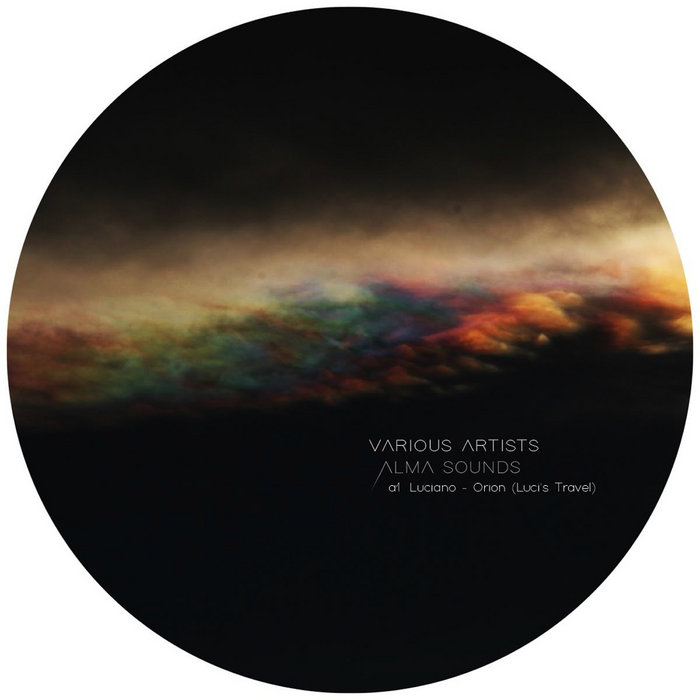 What is perhaps most interesting about this new love for space noise is that these sounds don’t really exist. As mentioned, many of these noises are radio wave data converted into audio. But that’s not really was space sounds like. The samples are, in reality, something of a testament to modern technology and the ability of humans to transmute one kind of information into another. Sampling “noises” from space is more like an illustration human ingenuity.

More like this
Innovation
5.2.2022 8:00 PM
Is Russia's withdrawal from the ISS a bluff? Why it’s too soon to say if it’s leaving
By Nathaniel Scharping
Science
5.9.2022 8:30 PM
Crew-3 Splashdown: Watch SpaceX’s Crew Dragon Endurance splash into the Gulf of Mexico
By Jennifer Walter
Science
5.13.2022 6:00 PM
Once a year, we get closer to NASA's Voyagers — here's why
By Elizabeth Howell
Related Tags
Share: