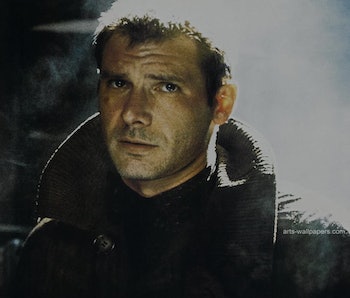 The world’s going to have to get used to a much older Rick Deckard for the time being, but there’s one last chance to see him before he miraculously ages up. The final public screening for Ridley Scott’s 1982 Blade Runner (the final cut), before the premiere of its upcoming sequel, Blade Runner 2049, will take place Wednesday, April 25 at Union Station in Los Angeles, one of the original movie’s filming locations.

Blade Runner 2049, starring Ryan Gosling as a blade runner for the LAPD who’s on a hunt for the mysterious, famed Deckard, premieres October 6. Until then, there will be only one more public screening of the original Blade Runner for fans to refresh themselves on the dingy, futuristic world Gosling’s Officer K will soon by occupying. That screening, which will take place at LA’s Union Square, is free and is seated on a first come, first serve basis. Fans will be able to watch Blade Runner while seated in the filming location of the futuristic cop station, the one to which Deckard is hauled.

The Blade Runner screening is the first in a series, Metro Art’s “Sci-Fi at Union Station.” It’s free and open to the public and is the perfect way to celebrate the odd comeback of a cult classic.