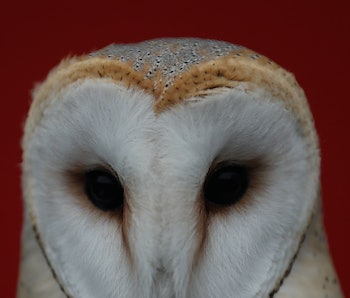 Great Britain colonized India for salt, tea, and spices. Iraq invaded Kuwait for oil. Russia invaded Ukraine over natural gas. You could argue that the United States fought the Civil War, at least in part, over agriculture. These represent just a few examples of the many conflicts in which natural resources played major roles. Sure, political egos are involved in wars and other international or civil conflicts. But groups battle each other over their perceived rights to something, and whether it’s the right to exist or the right to extract fuel makes no difference to the brutality of the ensuing conflicts.

And while wars may be fought over natural resources, we often pay little attention to the aftermath or to the effects that war has on the environment. Those consequences can be just as long-lived as the more immediate casualties of war. And while it may be counterintuitive to think that we should start rebuilding wildlife populations or ecosystems while a conflict is still going on, new research suggests that efforts to help restore the natural environment can play a crucial role in bringing about peace.

In a study published Wednesday in the journal Trends in Ecology and Evolution, researchers in Switzerland and Israel propose that natural resource restoration can provide a path to peace and reconciliation. They based this research on projects they conducted among Israel, Jordan, and the Palestinian Authority, including a notable barn owl conservation initiative. This region, known for years of intense conflict, has suffered immeasurable environmental degradation.

“Nature is sometimes a source of conflicts, but more often suffers as a result of them. Although in some instances warfare might benefit wildlife by depopulating wilderness areas and reducing resource exploitation, conflicts are usually harmful to ecosystems,” write the researchers. “The destruction of natural resources can be deliberately used as a weapon, illustrating the vicious circle of armed conflicts: natural resources can be the source of conflict and conflicts can destroy these resources.”

So they looked at programs that used a focus on the environment to build a middle ground between groups in conflict. While it’s not always easy for local community members to feel a strong connection to a long-standing international conflict, humans share a long history of connections to the natural world.

Barn owls provided this shared connection, and the “Birds Know No Boundaries” project capitalized on the symbolism of these raptors. This project helped farmers on both sides of a contested border understand the impact that pesticide use has on barn owls, as well as recognize that community boundaries are meaningless in the natural world.

By involving local community members in a project that benefits the environment, “Birds Know No Boundaries” helps to reinforce the importance of environmental preservation in building peaceful understanding among people.

The researchers point out that the strength of this project lies in the fact that it has a local benefit to each community that’s involved. This, in turn, helps build human connections.

“This is necessary for cross-border interactions to be credible, if the ultimate aim is to build confidence between communities in conflict and improve intergroup relations,” write the authors. “By working together on a common, politically neutral goal, actors can change their vision of the neighboring cross-border community and strengthen common regional identities.”

More like this
Science
Jan. 25, 2023
Look: Primate relative shows how ancient animals adapted to global warming
By Jennifer Walter
Science
Jan. 24, 2023
Look: With a mouth full of teeth, this Pterosaur ate like a whale
By Jennifer Walter
Culture
Jan. 14, 2023
2,454 years ago, one eerily familiar event led to the downfall of Ancient Athens
By Rachel Hadas and The Conversation
LEARN SOMETHING NEW EVERY DAY.
Related Tags
Share: