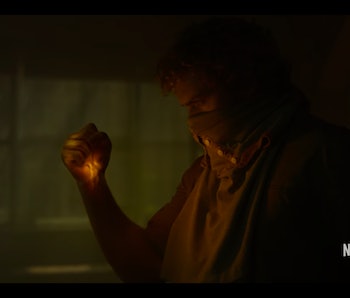 The new Marvel series, Iron Fist, dropped on Netflix this Friday, and reviews are all over the board. The show, which stars Finn Jones as Danny Rand, heir to a fortune and wielder of magical martial arts, has been criticized for whitewashing martial arts, having a boring fuckboi main character, and ignoring an awesome potential protagonist.

Its critic score on Rotten Tomatoes is 17 percent, which would suggest that it’s very bad. But its audience score on RT is 87 percent, and if you look around at what people are saying on social media, the consensus seems to be that Iron Fist is not as bad as the criticisms might suggest.

That’s not to say that all Marvel fans have rallied around the series. Plenty of people are voicing their issues, calling the show cringeworthy, boring, and racist. But almost as many have adopted the contrary stance, taking to social media to tell the world to calm down because Iron Fist is really not all that bad.

Some fans have expressed more nuanced views of the show, recognizing its flaws while still generally voicing their enjoyment.

Others seem to agree with the critics: Iron Fist is irredeemable, and the only way you can enjoy it is in a parallel universe where it was made differently. A common issue these fans highlight is the way Danny Rand steamrolls Colleen Wing, the devoted martial artist whose studio he invades.

So while a quick look at reviews in the news might suggest that Iron Fist is a dud, enough fans seem to like it that it’s probably worth checking out.

13 episodes are available to stream now on Netflix.