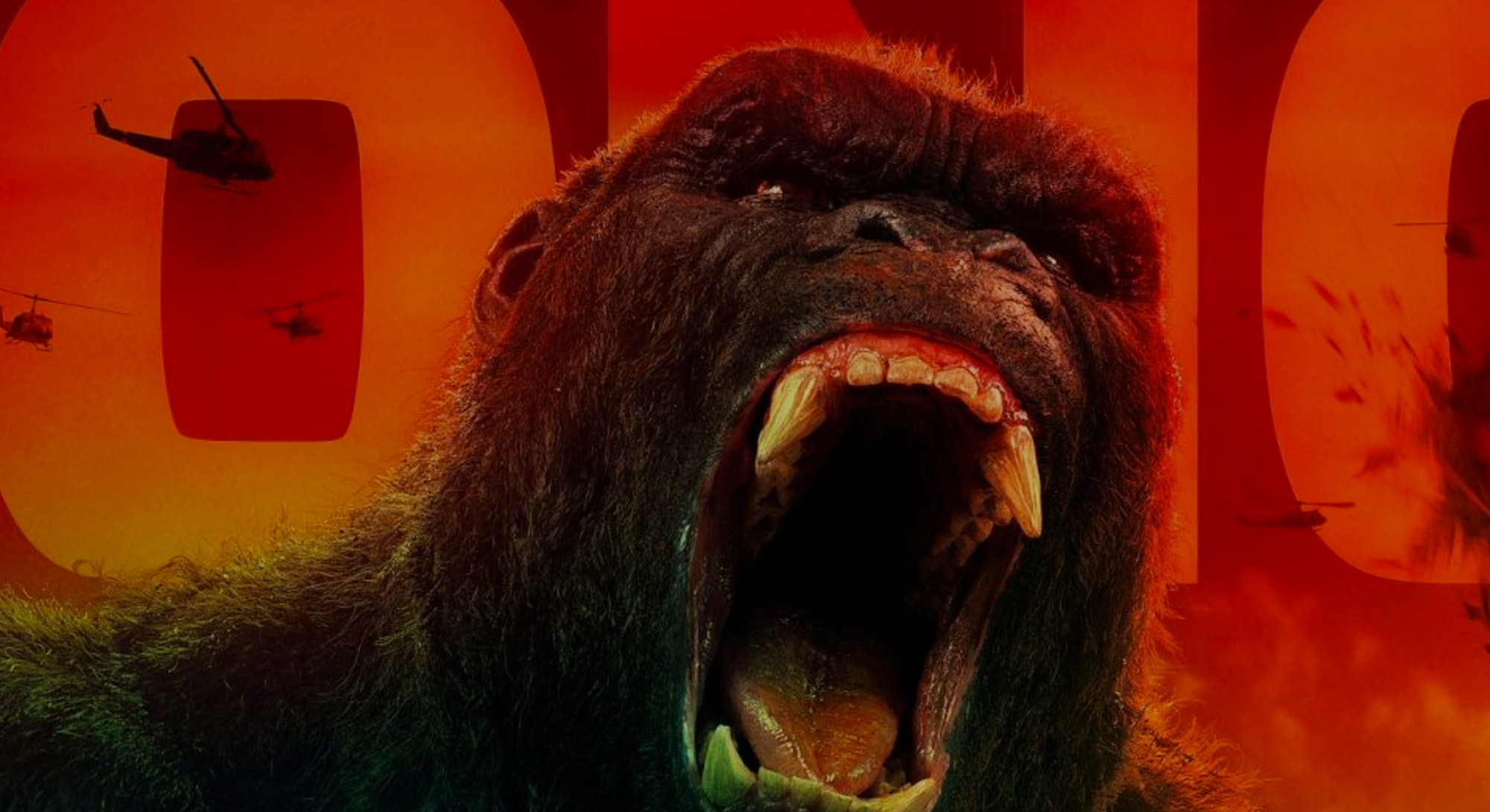 When King Kong destroys American helicopters in Kong: Skull Island, the audience loves it because watching a giant monkey destroy aircraft is what they paid to see. When Kong defends a bunch of humans by snapping open the jaws of the reptilian antagonist Skullcrawlers, the audience also loves it, because it alleviates guilt about all murder we’ve just seen. In the film, John C. Reilly’s Marlow claims Kong is a “pretty good king,” which means the ape seemingly only has two reasons to be violent: self-defense and arbitrary attacks against other monsters. This trick allows the movie to feel like it has a message. At the very least, it isn’t only disaster porn.

But the moral consciences of Kong and his lizard brethren, Godzilla, are convenient at best. At their worst, they are naive or dishonest.

In her 1961 essay “The Imagination of Disaster,” Susan Sontag tackles monster movies observing that most of these kinds of films “bear witness trauma” while at the same time “try to excise it.” Sontag thinks that monster movies cut both ways: The films want the monster to go on a rampage, but, also to gesture at some kind of deeper meaning.

“It’s trying critique what it’s exploiting,” author Jim Shepard tells Inverse, “and that’s a tried and true way of having your cake and eating it too.”

Shepard is something of monster aficionado and one of few living literary writers who has written serious short fiction about monsters. His 2011 short story “Gojira, King of Monsters” is a historical look which focuses on the life of Eiji Tsuburaya, the man responsible the literal creation of Godzilla. In his research, Shepard determined that Tsuburaya was in fact inspired by King Kong when conceiving of Godzilla. “Tsuburaya liked King Kong because politically the movie was on the side Kong,” Shepard explains. “Which is to say, the movie is on the side of the natural world.”

Science fiction author James Morrow agrees. “If we cut him some slack, and allow him an elevated train or two, the first King Kong was socially responsible,” he tells Inverse. “He didn’t ask for all these white people to show up and make so much trouble on his island.”

Back in 2001, in the wake of the 9/11 terrorist attacks, Morrow was commissioned to write a short story for the Science Fiction and Fantasy Writers of America. His response was to create a tale titled “Apologue” in which King Kong, Godzilla, and the Rhedosaur from The Beast from 20,000 Fathoms return to New York and help rebuild it.

Morrow’s vision of these monsters may not have been the direct inspiration for the 2014 Godzilla or the new Kong: Skull Island, but they behave similarly to new incarnations of the famous monsters: They help more than they smash. The idea here is for the monsters to be the heroes, while still retaining their inherent monstrosity.

“The best monster movies are invitations to embrace sentient souls who are different, alien, irreducible, awash in otherness,” Morrow says.

See also: Here Are All the Classic Kong Easter Eggs in ‘Skull Island’

The original 1955 Godzilla was famously a political allegory about the use of nuclear weapons, but Shepard believes it had something else in common with the original Kong, even before the nuclear element was included in the script.

“I think Tsuburaya imagined Godzilla as an environmental movie even prior to his making it an anti-nuke movie,” he says. “But when these kinds of movies get remade, [the filmmakers] think they’re going to modernize it; they think they’re going to be wiser or more politically astute. But what they mean by that is just tailoring it to the prejudices of the moment.”

In Kong: Skull Island Brie Larson’s Mason Weaver is labeled a war photographer by Samuel L. Jackson’s Col. Packard to which she responds pointedly, “anti-war photographer.” This thematic tug-of-war actually presents the internal struggle inside of most monster remakes. Monster movies are, after all, not anti-monster, which means, by definition, on some level, monster movies are pro destruction.

As Sontag observes, “There is a sense in which all of these movies are in complicity with the abhorrent,” making the idea of having your politically ideological monster cake and eating it too, hopelessly naive.

One King Kong film might make a political statement, but a franchise of films is, on some level, celebrating the human flaws it supposedly is designed to condemn. And while Sontag called this “wishful thinking,” both “touching” and “depressing,” there is still a confusion to just how seriously someone can take the purported message of Kong: Skull Island. If it’s just a monster movie, it follows that it doesn’t need a message. And yet, by vaguely borrowing from imagery that was once new, and perhaps charged with environmental allegories, Kong: Skull Island carries its political baggage on its hairy back no matter what.

“For the kind of people simple enough to think ‘boy, I saw the new King Kong and I really think we’re raping the environment,’ having the monster intervene in front of the other monster is a very powerful fantasy of ratification,” Shepard says.

It’s not hurting anyone if Kong or Godzilla conveniently have a conscience from time to time, but it doesn’t make these kind of movies the comprehensive political statements about the natural world either. Monster movies like Kong: Skull Island may feel like they are somewhat socially responsible, but that’s only a function of making sure the audience feels good. “The audience loves the Earth and it would be lovely if the Earth could love them,” Shepard says, “and guess what, here’s Kong, ready to step in and take a bullet for you.”