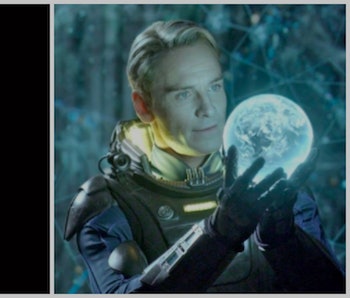 The chest-bursting, spine-ripping Xenomorph aliens in Alien: Covenant will cause more carnage than any previous version of the titular monsters to date. Based on early reports, the chances of anyone in the crew of the Covenant surviving the new alien onslaught are extremely low.

As reported by IGN, the fake blood manufactured for Alien: Covenant exceeded the amount used in previous iterations of the space horror franchise. “We got through a few gallons of blood,” Special Visual Effects Supervisor Neil Corbould told IGN. This notion was corroborated by Creature and Make Up Effects Supervisor Conor O’Sullivan, who felt the movie was even bloodier than the war picture Saving Private Ryan.

Because the new Alien film will probably attempt to reconcile the confusing shared canon of Prometheus and the original 1979 film, certain things will be different and also the same.

For example, the capabilities and specific biology of the Xenomorph aliens in Covenant seem to be different and in some cases, stronger than the creatures previously featured.

How and why the Xenomorphs are more powerful than the kinds encountered by Ripley in the original film and the sequel, Aliens, remains unclear.

Either way, if this early set report is to be believed, the aliens in Alien: Covenant will rack up a higher body count than they ever have before. The film hits theaters on May 19.

More like this
Culture
Feb. 3, 2023
Signs is Remembered as M. Night Shyamalan’s Alien Movie, but it Has a Human Heart
By Mónica Marie Zorrilla
Entertainment
Jan. 23, 2023
Animalia is an alien invasion movie with metaphysical dreams
By Andy Crump
Entertainment
Feb. 6, 2023
The Last of Us Episode 4 Delivers the One Thing Missing From the Show
By Alex Welch
LEARN SOMETHING NEW EVERY DAY.
Related Tags
Share: