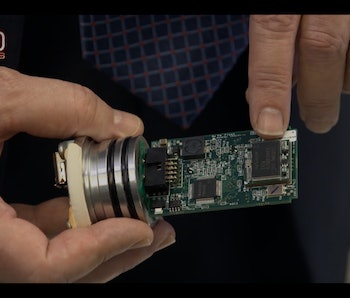 In October 2015, the cargo ship El Faro and its crew perished. 33 mariners lost their lives in the accident, which occurred during a voyage from Florida to Puerto Rico. The ship went off course, and it sailed directly into Hurricane Joaquín. The old ship, which reportedly “had no place going anywhere near an active hurricane,” could not weather the storm. It sank nearly three miles to the bottom of the Atlantic, deeper than the Titanic. Everyone on board died, despite wearing survival suits.

In the spring of 2016, the National Transportation Safety Board recovered the ship’s “black box” recording device with the help of Woods Hole Oceanographic Institute’s Sentry autonomous underwater vehicle.

On Sunday, March 5, 60 Minutes aired its segment, “Voices of the Lost,” on the NTSB’s investigation. Correspondent Scott Pelley spoke with Brian Young, the NTSB investigator who led the team charged with evaluating the recordings found on the black box. The investigators listened to over 26 hours of recordings from the fateful voyage, knowing all along how it would end.

“We were watching the clock. We knew when that recording was going to end and we knew what a tragic ending it was going to be,” Young tells Pelley. “Whereas I know the crew did not know that. That was very difficult for us to watch that clock count down to the end of the recording … That was really tough to listen to.”

The device at the center of this investigation is the voyage data recorder recovered from the shipwreck. Holding the entire 26 hours of recordings on a circuit board smaller than the palm of an adult’s hand, the VDR’s size belies its importance. Normally the device would sit at the top of a ship’s bridge structure, called “the house.” But El Faro was so thoroughly mangled by the storm that even once investigators found the wreckage, it was another six months before they found the VDR.

According to International Maritime Organization law all passenger ships and any other non-passenger ships over 3,000 tons built since July 1, 2002 must carry a VDR so officials can properly investigate accidents.

“Like the black boxes carried on aircraft, VDRs enable accident investigators to review procedures and instructions in the moments before an incident and help to identify the cause of any accident,” reads the IMO’s webpage on VDRs.

VDRs can record a huge range of data, including GPS coordinates, watertight or fireproof door status, hull alarms, propeller status, rudder status, and more. The VDR from El Faro recorded bridge audio, navigational data, onboard radar images, and wind data. The bridge audio, recorded on six microphones, was what investigators found so disturbing to listen to.

“What we have learned from the VDR is that multiple weather reports were being sent to the ship,” Young tells 60 Minutes. The captain and crew were receiving different reports, with Captain Michael Davidson receiving 6-hour-old reports that led him to expect that everyone would be fine, despite the rapidly developing hurricane. He ordered the crew to correct the ship’s course to one he thought would be safer, and left the bridge to get some rest, believing they were in good hands.

Twice, Davidson’s officers recommended a new course, realizing that the storm was moving faster than the captain had expected. The captain declined. Out of respect for the chain of command, the crew of El Faro maintained the disastrous course.

“To change a ship’s course without the captain’s permission is very drastic,” Young tells 60 Minutes. The crew had no idea how drastic the decision to remain on course really was.

A hull breach caused the ship to take on water and list 15 degrees, which caused the engine’s lubricating oil to slosh away from its pickup tube. The engine, starved of oil, automatically shut down. So in addition to a leak in the hull, El Faro lost propulsion. The crew members knew they were doomed, and at least one of them emailed family members to send their love.

With 50 minutes remaining until the end of the VDR recording, the crew made coffee. In the final minutes, the captain assured a crew member he would not be left behind on the flooded ship.

Reading the transcript is like reading a suspenseful story: Somehow it feels like it’s all going to end with everyone coming out okay. As we know, they did not.

“This accident was unique in the fact that we didn’t have any survivors to interview,” Young tells 60 Minutes. Fortunately, investigators were able to recover the VDR, and the crew’s family members were allowed to read the transcripts of their loved ones’ last words. By law, the investigators do not publicly disclose recordings. Perhaps for the public, though, their report on the experience is chilling enough.

More like this
Science
5.20.2022 1:00 PM
How do dolphins maintain their glowing skin? A study reveals the surprising answer
By Jennifer Walter
Science
5.10.2022 1:00 PM
Scientists rank the 8 best movie time machines of all time
By Becca Caddy
Culture
5.17.2022 8:30 AM
The 10 best Black Mirror episodes ever, ranked
By Robin Bea
Related Tags
Share: