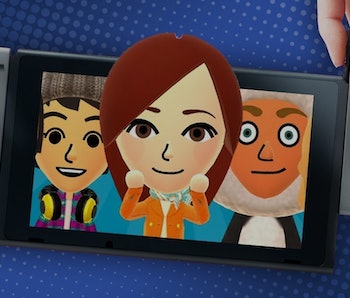 The Nintendo Switch’s day one update is now live, giving people that already have the console access to the Nintendo eShop. People were eager to see what new online features Nintendo’s brand new console might bring, but instead, the internet’s become sidetracked by a shocking (or perhaps not-so-shocking, given Nintendo’s reputation) revelation: the Switch will still rely on friend codes if you want to play with your buddies.

You heard that right. It is now the year of our lord 2017 and still Nintendo requires users to add friends via cumbersome friend codes. Despite the fact that everyone at this point has a MyNintendo account — among other various Nintendo accounts — Nintendo is still desperately clinging to the idea that these codes are a necessity that definitely isn’t slowly driving its fans insane. To add friends on the Nintendo Switch, you’ll have to trade your codes, 12-digit strings, via whatever means of communication you might have between you like, I don’t know, phones. In short, it’s a hassle.

This comes after Nintendo of America President Reggie Fils-Aime told CNET in January that friend codes would not be implemented on the Nintendo Switch. It’s honestly difficult to say why Nintendo is so attached to this system, especially since it was already outdated when the company started using it on the Wii in 2006.

However, it’s still early days for Nintendo’s fledgling console, so perhaps friend codes could be eradicated as we get further out from the Switch’s release.