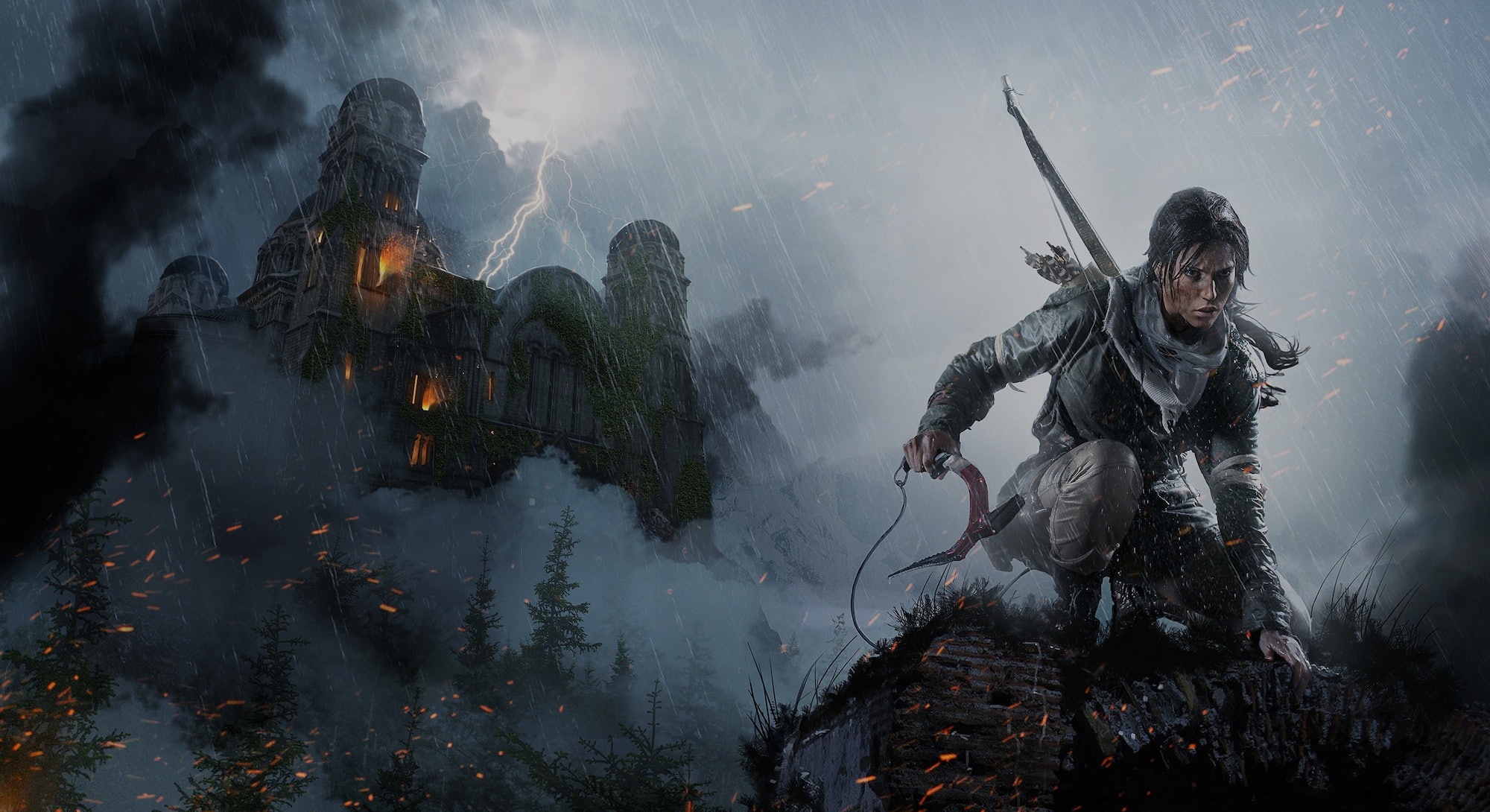 Big, sweeping open-world games are here to stay. After all, they give the people what they want: endless fantasy realms to explore, plenty of player choice, and a delightful amalgamation of genres (shooters, adventure, RPGs, to name but a few). However, these games, while wonderful, often require a heavy time investment, with some taking tens — and even occasionally hundreds — of hours to beat. You might struggle to beat one of these games when you only have a few hours a week to dedicate to video games. There are some exceptions, though, that are a bit less demanding but just as rewarding. A prime example of this is the recent Tomb Raider reboots.

The newest Tomb Raider games strike the perfect balance between an open-world and linear game, and in doing so they’ve become some of the most economical open time-wasters today. The Tomb Raider games play out in a single setting, for the most part — an uncharted Japanese island, a lost Siberian mountain valley. But the maps, divided into manageable quadrants, feel huge. And while there’s an endless amount of tombs to explore and items to collect, the game is very respectful of players’ time, thanks to some clever design elements. Because of this, Tomb Raider and Rise of the Tomb Raider just happen to be the best open-world games for busy people.

Many open-world games require you to complete dozens of side quests to truly explore an area, and even progress your character. Some games also do a poor job sign-posting which quests are truly worth your time or how many quests you really need to do to get the most out of a specific place. Many players, for example, would find themselves seriously over-leveled after spending hours in Dragon Age: Inquisition’s starting area, rather than moving on to other parts of the game.

This is not the case for the Tomb Raider games, though, which walk that fine line between a linear path and a true open world. The games manage to direct you along from story beat to story beat, but if you find a tomb you want to venture into, or a bear you’d like to tackle, you can do that, too. These little diversions never take especially long, but are just as satisfying as a multi-branch quest. The tombs’ puzzles are challenging, but won’t take you hours to complete.

However, if you’re short on time or not interested in seeing what extra surprises Tomb Raider has to offer, you can simply speed through the story with no hurdles.

Auto-saving is a beautiful thing, it’s true, but this allows us to dive into a game unimpeded — gameplay isn’t broken up into chunks to allow us to take a break. Tomb Raider addresses this issue with clever design. Every few minutes, Lara can take a rest at a base camp, peaceful little havens amidst the violence and chaos. These campfires allow you to level up your skills and weapons, but they’re also an organic resting place.

If you can only play for a short or unpredictable amount of time, Tomb Raider respects those constraints by sprinkling these little breaks throughout the game, so you don’t have to spend an hour or two wading through conflict to find a natural stopping point. It’s clever, fits into the game’s narrative, and is entirely optional for those who are determined to press onwards.

Survival is another huge trend in games. There’s something oddly relaxing about getting a routine to gather food and resources while sitting in your living room surrounded by real-life snacks. In Tomb Raider, you’ll need to continuously be on the lookout for supplies: berries, mushrooms, animal skins, ore, twigs, and other plant matter like bird feathers. They’re all essential for crafting arrows, bullets, bandages, healing salves, poison bombs, and the many other odds and ends necessary to survival in a land set on murdering you.

Most of these things are relatively plentiful, and hunting is fun, especially with the well done bow and arrow controls. Crafting can be done with the press of a button, no matter where you are. There’s no need to find a town or other sort of safe haven if you’re low on medicine or bullets. At the same time, there’s no need to spend extra time gathering these resources. You’ll find them scattered along your route, even as you’re completing story missions. As long as you keep an eye out as you go along, you should have no trouble keeping up your supplies as you progress along the story path.

A lot of games could take a lesson or two from Tomb Raider. Rich, vast worlds are a blast to explore, but considerations should be made for folks who don’t have countless hours to invest in huge games. A few simple design elements can make all of the difference.