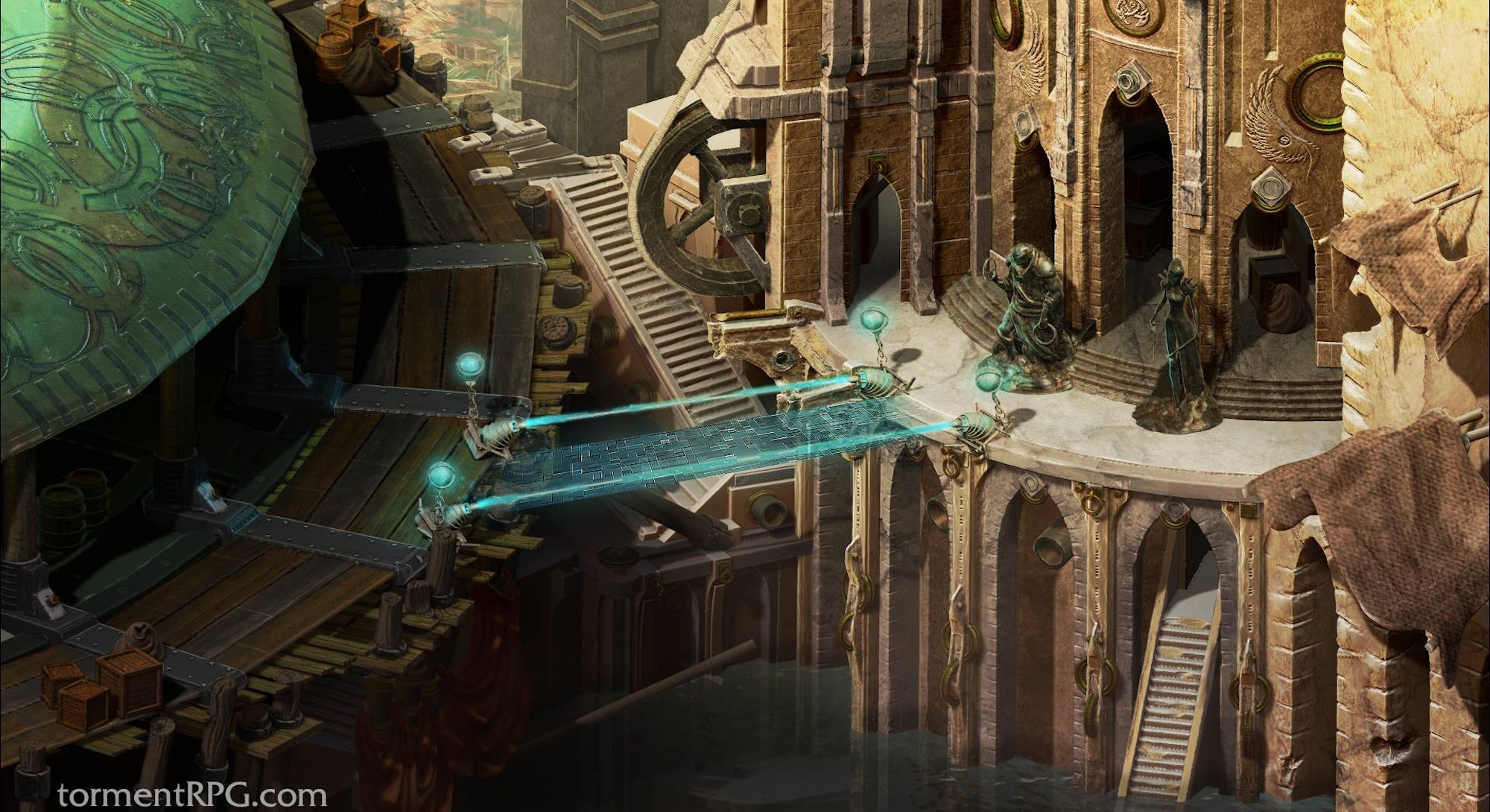 In Torment: Tides of Numenera, you are literally tossed into a bizarre world where the line between science and magic is not entirely clear. If you’re not familiar with games of this nature, then it’s best that you throw away any and all preconceived ideas you might have about it. Tides is a game entrenched in its lore — the story is told through heavily text-based exposition, and the decisions you make along the way aren’t based on simple “good vs. evil.”

Instead, the way in which you choose to build your character plays a huge role in the ways you’ll approach these pivotal moments, and even character creation isn’t straightforward. You’ll begin shaping your character’s path simply by answering seemingly benign questions in the early moments of the game. To help you get the build you want, we’ve devised this handy to guide to set you on the proper path.

In the starting area, after you’ve crash-landed, you’ll be forced to relive a series of memories. Each answer you choose in these scenarios will affect your character’s “Descriptors,” your character’s traits that affect how you navigate the world around you. If you’re familiar with RPGs, which answers affect which stats should be pretty clear. Choosing to “cast a spell” to force your way in a situation will likely improve your Intellect, while deceiving someone could boost your Cleverness, as an example.

Take a Long Look in the Mirror

Eventually, you’ll make your way to a mirror, where you must choose between two doppelgängers based on the answers you chose in the previous questions. Your answer will determine a descriptor for your character, though fear not. You’ll be able to fine-tune your hero once you get to the character creation screen shortly after.

In Torment, you only have three different types of classes to choose from. The one you choose will largely depend on how you want to play the game, as they have both different combat abilities and “Exploration Skills” that allow you to shape conversation based on your character’s unique talents.

Nanos are the mages of this world. Nanos rely on Intellect to get by in conversation. You’ll start off with the “Onslaught” ability, which lets you choose the spell resistance of your attack, but you’ll be able to choose from a number of others as your character progresses. Nanos also get the “Anamnesis” skill for free, which allows the player to recall past memories.

The “Scan Thoughts” ability is a good choice early on, as it allows you to read minds, which is very useful if you want the upper hand in an argument. Nanos get Exploration Skills focused on Machinery, Mystical, or Natural lore which again unlocks different conversation and story options.

If a discussion goes south, though, Nanos are well-suited to combat thanks to their magical abilities that can boost their own powers as well as their companions’. Nano’s start with an advantage in Intellect.

Jacks are, well, Jacks of all trades, fittingly enough. Jacks have a number of different tools at their disposal to get them out of sticky situations without having to resort to a fight. They’re a good option for folks who are more into navigating Torment’s complex social machinations than engaging in battle.

They start of with the “Flex Skill” ability, which gives your character four points in any Exploration Skill. Jacks have the largest Exploration Skill pool, with skills from both of the other two classes, as well as their own unique traits.

Glaives are the damage dealers, though some of their attributes, like speed, are handy outside of battle, too. They get abilities that improve critical hit rates along with taunts and other skills befitting a brawler. Glaives start out with an advantage in Might and Speed. Their Exploration Skills include abilities like “Quick Fingers,” that lets you perform tricks involving sleight of hand, or “Smashing,” which relies on your brute strength.

If you feel that your Descriptor doesn’t match your class or the character you had envisioned, now’s the time to choose a new one. If you want to build a fighter, you’re best off choosing a Descriptor that puts emphasis on Might or improves your weapons proficiency. If you’re playing as a Nano, choose one that focuses on Willpower and Intellect. However, if you want to be a smooth talker, choose a Descriptor with perks that include Persuasion, Intimidation, or Deception.

Your Descriptor is also a good way to mix and match between classes — you’ll find Exploration perks with the Descriptors you might have access to from your base character type alone. It’s definitely something to keep in mind if you’re interested in branching out.

You have three different States in Torment — Might, Speed, and Intellect. You’ll spend points in these three stats to increase the chance of succeeding with especially challenging dialogue options, though you’ll recover these with rest, so no worries if you fail. You’ll see all three come up fairly frequently in conversation, though if you want to roleplay as a specific character type, by all means choose the one that fits your character type and personality.