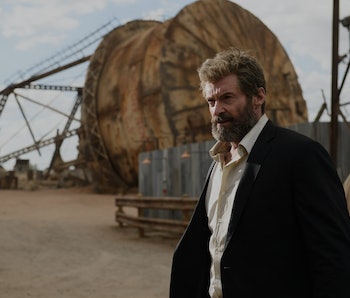 Hugh Jackman might have gone on record to say that not even the alluring appeal of a Deadpool and Logan crossover will have him put on the claws as Wolverine for one more ride - but that might not be true if an offer to be in a Marvel Avengers movie is on the table. According to the actor, a Marvel team-up is a whole different animal that could convince Jackman to return as Wolverine.

Leading up to the release of Logan, Jackman repeatedly hinted that the third Wolverine solo film would be his last, posting Instagram photos with the caption “ONE LAST TIME”. Even questions about a possible Deadpool cameo were shot down because unfortunately, Jackman meant it when he said this would be his last time in a role he’s had for 17 years. “Look, if [Deadpool] had appeared ten years ago, it’d be a totally different story. But I knew 2.5 years ago that this was the last one,” Jackman said in a Facebook Q&A, but that’s apparently not the case for The Avengers

According to ScreenRant, if Marvel floated an Avengers crossover before Jackman made a final decision on his Wolverine role, things might have ended up differently.

“If that was on the table when I made my decision, it certainly would have made me pause. That’s for sure. Because I always love the idea of him within that dynamic, with the Hulk obviously, with Iron Man but there’s a lot of smarter people with MBAs who can’t figure that out [Laughter]. You never know… It just feels like this is the right time [to leave the character].”

Hugh Jackman has been playing the character of Wolverine for longer than most other actors and their respective superhero roles. Logan feels like the perfect send-off for both the character and the actor, and it’s nice to know the actor gets to leave his beloved character on his own terms and on such a high note.

What is interesting however is the fact that Logan owes a little bit of its existence to Deadpool, whose R-rated format broke the mold in what Fox was willing to let happen in their X-Men Universe. And despite Ryan Reynold’s public campaign to get Hugh Jackman on the same screen with him in a Deadpool film, it appears as though Jackman has made up his mind on the matter. That is unless executives at Marvel give him a call.