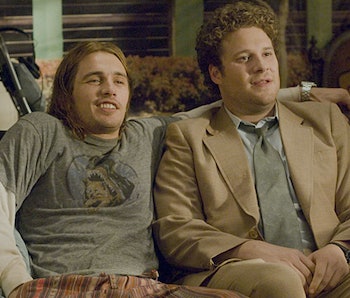 As anyone who struggles to get out of bed in the morning knows, fighting laziness is a losing battle. From beneath the covers, the world outside seems colder; the commute to work seems longer; the number of e-mails to answer unbearably high. Authority figures may chalk our lethargy to lack of self-discipline, but new research suggests that we’re just being our true selves: Choosing the path of least resistance, scientists argue, is hard-wired into our brains.

A team of researchers at University College London came to this conclusion after conducting a series of experiments that tested the willingness of participants to choose the harder of two tasks. The setup was simple: A cloud of dots on a computer screen moved either left or right, and the person playing the game used the levers at their left or right sides to signal which direction the dots were moving in. When the scientists surreptitiously started adding weights to the levers, the participants began to see things differently: If the dots were moving left, but the left-hand lever was harder to pull, they tended to see the dots as moving to the right — which was the easier choice. The same thing happened when the weight was put on the opposite side. In other words, the participants non-consciously shifted their view of reality just so they wouldn’t have to work harder than they had to.

Outlining the results of their work in a new paper in eLife, the researchers conclude that human brains seem to be wired for laziness. “Our brain tricks us into believing the low-hanging fruit really is the ripest,” said lead author Nobuhiro Hagura, Ph.D., who began this research at UCL then moved to Japan’s National Institute of Information and Communications Technology. “We found that not only does the cost to act influence people’s behaviour, but it even changes what we think we see.”

The participants’ preference for the “easy way out” remained even after they were asked to verbally report the direction of the dots rather than use the weighted handles. The fact that their experience of reality changed so quickly — without their awareness — as a result of the secretly weighted levers came as a surprise to the researchers. Previous research suggested that our motor skills always succumbed to the will of the visual system, but this research suggests that the signals travel both ways: What we see is mitigated by what we feel (and how much work we have to do). Just as the weight of a handle told participants’ brains to rethink their decision to “see” dots moving in one direction, the relative coldness of the air in your bedroom might tell your brain to reconsider getting out of bed in the morning — even if it’s not actually that chilly out.

When we make decisions to act (or not), the brain thinks like an economist and runs a cost-benefit analysis. If the “cost to act,” as the researchers call it, is too high, it can bias our decision-making process, making us less likely to do things. Applied cleverly, their findings can help us do things that we should be doing — and those that we should be avoiding. For example, going to the gym in the morning could seem more effortless if you sleep in your sweats, just as stashing your booze on a hard-to-reach shelf might make drinking it seem like more effort than its worth. There’s no guarantee that these hacks will work, but if there’s one thing we can count on, it’s that we’ll always take the easy route when it’s available — and becoming less lazy may simply come down to avoiding that option altogether.

More like this
Science
Sep. 25, 2022
Why do cats love cardboard boxes? Pet experts decode the obsession
By Tara Yarlagadda
Science
Sep. 23, 2022
Just how smart are raccoons? They’re probably masterminds, a new study finds
By Elana Spivack
Mind and Body
Sep. 14, 2022
Is that a piece of cake? Here's how your brain knows something is food
By Miriam Fauzia
Related Tags
Share: