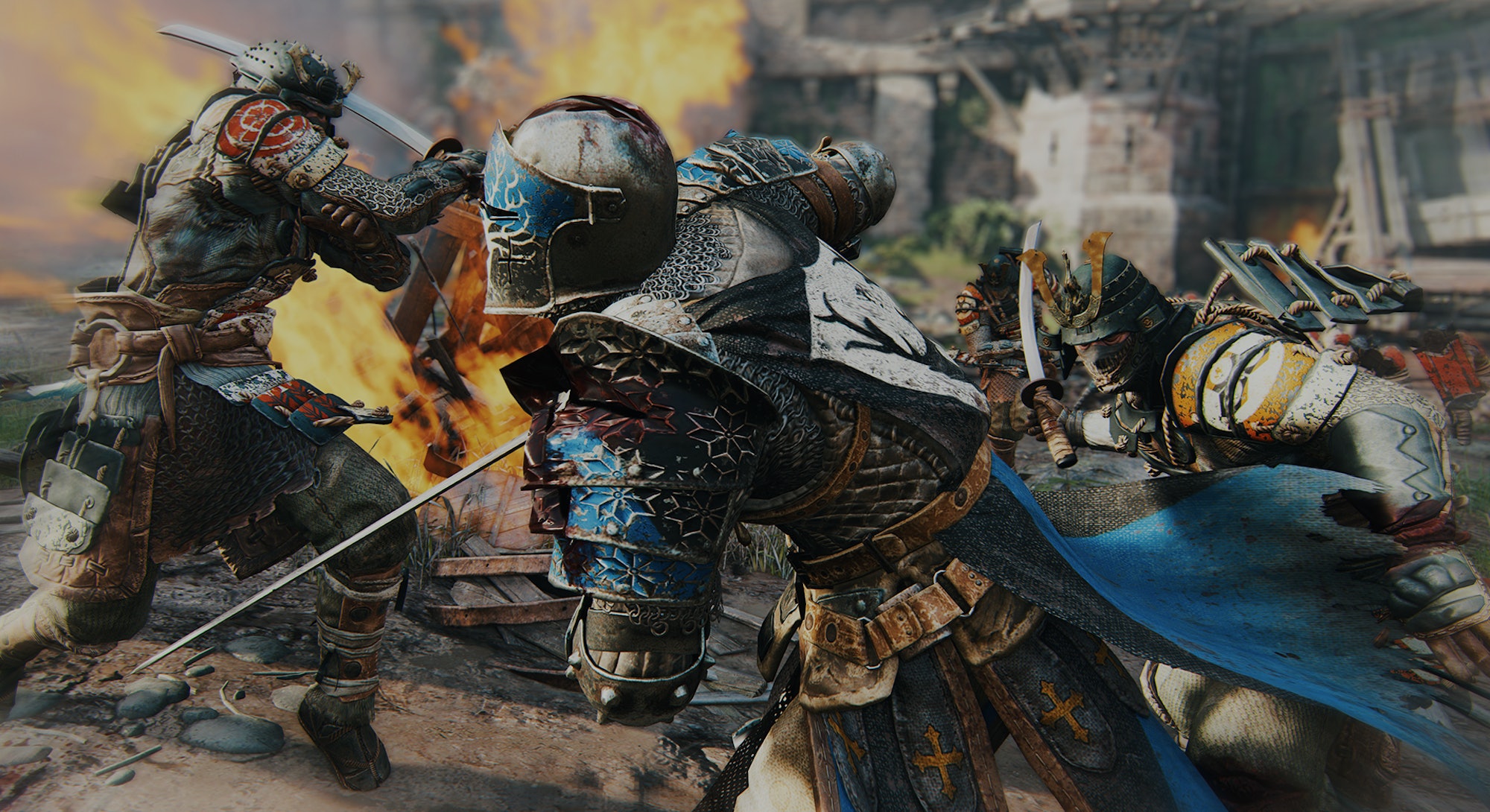 There are a ton of customization options to make your warrior feel unique on the battlefield in For Honor. Just like the various special moves and feats, there are different sets of equipment and cosmetic items you can equip. While these bonuses are stripped out in both Duel and Brawl, they can offer an advantage in both Elimination and Dominion, For Honor’s larger 4v4 multiplayer modes. But the experience can be a little confusing at first glance.

Every single character class in For Honor has three separate customization options: loadout, appearance, and abilities. Loadout allows you to customize your character’s armor and weapon, allowing you to alter the way they perform in combat. With appearance, you can dive into your various armor details by adding symbols, colors, and engravings to change how you appear on the field. Your abilities allow you to change your active emotes, feats, and executions through adding special effects to certain moves in combat. The loadout and gear contained within are the more important of the three and infinitely more complex than the others.

Here’s everything you need to know:

How to Earn and Equip Gear

Gear is the one customization option available in For Honor which actively influences how your character performs in combat. This allows you to optimize your specific character class to support the way you like playing, provided you unlock the equipment to do so. No matter the character you play, gear comes in six different categories: arms, chest, and helm for your armor and guard, hilt, and blade for your weapon. Sometimes the names vary based on the character class, but each piece of gear will always offer a set of three statistical bonuses such as increasing your stamina regeneration or your block damage resistance. In general, a piece of gear will boost two stats, while pulling down one stat severely as compensation.

To earn gear in For Honor, you’ll have to play multiplayer matches consistently. Doing so will reward you with a piece of gear following every match. Every piece you earn will come with a specific level and rarity which will determine how much they alter your character’s various stats. Simply hover over the piece of gear post-match or in the customization menu to view these.

Like Diablo III and World of Warcraft, you can determine the rarity of a piece of gear by color. Common equipment is colored white, rare equipment is marked as light blue, and heroic gear is bright purple. To earn higher level gear, you must level up your specific character. You’ll earn common gear up until level 21, and blue gear up until your third reputation level. Just remember: Progression is locked to each specific hero; it is not shared across every hero in a faction.

In general, you should be spending your Steel on premium packs unless you are looking specifically to upgrade your armor or weapon. Since premium packs offer the best selection of items for the cheapest price, they are almost always the best option provided you have the extra Steel to spend. Instead of spending all your Steel right at the beginning of the game, I’d recommend stockpiling it until you have reached at least reputation level one with a specific character. Doing so unlocks rare-tiered gear for your character. That way, you’re using your hard-earned currency to maximize your character’s potential later down the road.

With Steel and another currency called Salvage, you’ll also be able to upgrade each piece of gear you’ve earned or purchased in For Honor too. Every piece of gear you don’t need or like to use can be dismantled into Salvage for that character’s faction, meaning that the Knights, Vikings, and Samurai all share a salvage pool between other characters in their specific faction. Once you’ve got the required amount of Steel and Salvage, you can simply go to a specific piece of gear and select the upgrade option, increasing the stat benefits it provides while further reducing the stat it lowers. This can also be used to alter the appearance of a piece of gear to match another one you own, giving you cosmetic control over each piece of equipment on your character. Once again though, you should stay away from upgrading or altering gear until you have a full set you don’t plan on changing out for a while because the cost to do so is very high.