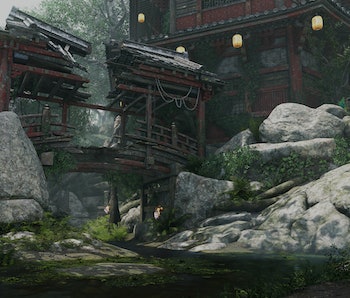 Regardless of which faction you end up pledging your service to in For Honor, you’ll have to work through hours of practice to master the unique combat system at the heart of the game. Built from the ground up to match the feel of being engaged in melee combat in the real world, the combat system requires players to actively block and attack. Each of For Honor’s 12 character classes approach this differently, which makes sticking with one or two specific characters at a time a major key to success.

See, the Art of Battle — as the combat system is known — is only the beginning of combat mastery in For Honor. Once you’ve got the basics down, more advanced combat mechanics come into play like guard-breaking your opponents or performing active parries when they attack to drain stamina that allow you to follow through with an attack few players will be able to block. Incorporating each of these moves into your standard rotation requires practice too, especially when you begin throwing your individual character’s special moves into the mix.

These special moves are part of Ubisoft Montreal’s effort to make every one of For Honor’s classes feel unique. Each individual character class has access to a special set of class-exclusive moves. Some of these can only be performed after difficult maneuvers like parrying an enemy’s attack. Others, like the Kensei’s unblockable overhead slash, must be properly timed and built into regular chain attacks to successfully land. But regardless of the moves your character class has available, every single one will be required if you want to stand toe-to-toe against other players in multiplayer.

Since every class in the game handles differently based on their movement ability, combo attacks, and parry capabilities, you’ll have to spend time figuring out how to handle your chosen character against the other classes you’ll be going up against. This means learning how to counter heavy hitters like the Raider and Warden, movement-oriented characters like the Peacekeeper and Orochi, and defensive walls like the Conqueror and Warlord, all of whom have their own special moves to use against you.

It’s an incredible challenging difficulty curve which more or less requires hours of practice against the A.I. opponents or a similar amount of practice with friends. Because of this, you’ll want to stick with one or two specific characters at the beginning of the game even if you are getting demolished by your opponent. By actively learning which attacks and special moves to look out for, you’re figuring out how to best utilize the toolkit you have at your disposal against them regardless of the situation.

Even if you’re having a tough time of it, make sure to keep on pushing through until you’re able to dominate every other class on the battlefield with your own personal choice instead of simply swapping characters around looking for the most overpowered individual. No character class in For Honor is invincible; you just have to learn how to exploit their weakness.