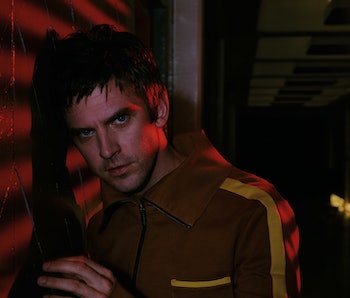 Much like Westworld or The OA, FX’s new prestige superhero show Legion is tailor-made for the era of crowdsourcing mysteries on the internet. Aside from being gorgeously rendered, each frame seems specifically designed to be screenshot and subsequently combed over for clues on Reddit. Because its protagonist David (Dan Stevens) isn’t sure what’s real and what’s in his head — what’s a result of his supposed schizophrenia versus telekinetic powers — the show’s basic premise also invites the viewer to question the nature of its reality.

And yet, something curious happens when you browse its online chatter. “When literally every character introduced might not be real, any prediction sounds plausible. Not really much room for speculation,” writes one Redditor. “Don’t go searching for meaning. It’s too early. Just enjoy the ride. I suspect as the story unfolds, later in the season or in subsequent seasons, this episode will make a lot more sense. Or it won’t. Either way, it’s great,” says another. Legion is non-linear and mind-bending like its fellow speculation TV shows; although it’s clearly using its sci-fi elements to unfold big reveals, Season 1 is defying its own genre. As a result, it could bring a much-needed change to the era of speculation TV.

Categorizing a show as speculation TV or fan theory TV stems less from the creator’s intentions than it does from the audience’s reception. While Westworld creator Jonathan Nolan and The OA’s Brit Marling have publicly stated their intentions to encourage fan theories with hints and clues, they’ve also expressed surprise with both the audience’s fervor and uncanny skill at unspooling them. For example, Brit Marling recently expressed surprise at the speed with which the Internet honed in on the hidden Braille message in one frame of The OA.

Legion still fits the genre, because fans are not entirely letting speculation and theories go. Already, there are musings that the mutants who rescue David at the end of the pilot are still all in his head, theories about what the yellow eyed devil could be, and questions about what time period the show is set in, anyway, between its combination of technology and vintage aesthetics.

Because Westworld Season 2 still looms on the distant horizon, The OA is greenlit for a Season 2, and Mr. Robot still burns, speculation TV is not fizzling out. But particularly because some fans already expressed distaste with the fact that Westworld’s twists proved underwhelming when the audience already figured them out, this reaction to Legion could be indicative about the future. High concept shows pulsing with mystery and a sense of significance are hardly fading from popularity, but post Westworld, there’s a sense of fatigue of the audience beating the show to the punch.

Thanks to Legion’s unique framework of inviting the viewer along for David’s kaleidoscopic ride as he questions the nature of his reality, it seems that viewers are in no rush to prove that their intelligence surpasses the show’s. While it’s too soon to definitively tell how Season 1 will interact with fan theories, the initial fan attitude makes all the difference.