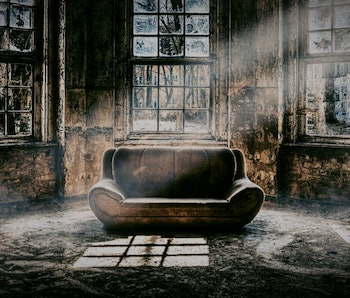 As the name of Resident Evil 7’s highest available difficulty suggests, Madhouse is an incredibly challenging survival horror experience. Unlocked once you complete the game for the first time or by entering a pre-order code, Madhouse fundamentally changes Resident Evil 7 by slightly altering many of the game’s core mechanics. There’s a few things you should know to survive.

Instead of being placed in set locations, items and enemies appear randomly in each playthrough of Madhouse — making every environment just as dangerous as your first time through. Enemies are stronger too, able to take Ethan down in a few hits while also sustaining more damage before going down themselves. But more importantly, Madhouse removes most of Resident Evil 7’s checkpoints, forcing you to use cassette tapes found in the world to save your progress. Madhouse is essentially the ultimate challenge offered by Resident Evil 7.

Here’s a few strategies to help you master Madhouse.

Complete the Game on Normal

While Madhouse can be played from the very beginning of the game provided you have the pre-order code for it, I’d recommend playing through a few sections of the main game before diving into the hardest difficulty. Some of the mechanics in Madhouse are quite compelling, such as manual saves and randomized item placement, but without a sense of familiarity with Resident Evil 7’s basic controls and mechanics you’ll have a very difficult time getting started. Completing the game will allow you to learn how each of Resident Evil 7’s weapons work in combat and it will unlock a handful of powerful items like the Albert-01R to aid you against overwhelming odds in Madhouse.

One of the biggest changes in Madhouse mode is the introduction of completely randomized enemy placement, meaning that members of the Baker family and their Molded friends can come at you from just about anywhere. Since Madhouse severely limits the amount of ammunition you have at your disposal, you should always be playing defensively. Conserve ammo by running away from enemies and hiding until they head a different direction, that way you can take on that horde of Molded after you haven’t saved for two hours when you bump into them.

Forget Everything You Know About Items

On the Easy and Normal difficulty settings, Resident Evil 7’s key items are in the same location during each subsequent playthrough, making the experience a little less frustrating since you know the optimal path through the Baker household. While playing on Madhouse difficulty however, key item placement has been significantly changed. Required items are now been placed in completely different locations or locked within small bird cages which are unlocked with collectible Antique Coins. The same goes for supply items like herbs and ammunition boxes, which are placed randomly throughout the map. Forget any paths you know about looting supplies, and focus on finding them in new locations instead.

When you play Resident Evil 7 on Madhouse difficulty, enemies are much stronger. It’s as simple as that. Due to your limited ammunition and medical supplies, you won’t be able to deal with every single enemy you encounter. Should a few Molded or a member of the Baker family corner you with little more than a basic herb and a single bullet in your inventory, make sure to block their incoming attacks to save yourself a little health. Blocking enemy attacks won’t completely negate the damage, but it will prevent you from being knocked down or severely injured in almost every combat situation. If you’ve completed the game on another difficulty before starting Madhouse, I’d also recommend carrying the Secrets of Defense, which boosts the amount of damage your block absorbs from each attack.