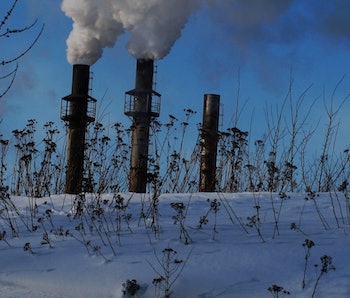 By Nives Dolsak and Aseem Prakash, University of Washington

Is it possible to reduce carbon emissions without hurting economic growth and destroying jobs?

The recent spate of executive orders, including one to pause current environmental reviews for infrastructure projects and another to revoke two regulations for every new one requested, suggests the White House sees regulations as job killers.

And indeed, some regulatory approaches are problematic. For example, if companies are required to reduce the greenhouse gases they generate in a given territory, a company could simply relocate its emission-intensive activities to countries with less stringent rules. Consequently, emission-reducing regulations get branded as job killers, and emissions won’t necessarily go down anyway.

Others argue that regulations that impose limits on carbon emissions can actually benefit the economy by spurring clean technology innovations and creating green jobs. Jobs in coal mining might decline, but new jobs will be created in solar and wind energy, the reasoning goes.

The problem is that the new jobs may not be located around coal fields. And even if they are, coal miners may not have the skills, or may find it difficult to acquire them quickly, to effectively tap into the opportunities created by solar and wind energy industries.

Is there a way out of this economy-versus-environment debate? Yes: consumption-based policies. These policies are designed to discourage the consumption of carbon-intensive products and services.

They can take different forms. Governments can enact carbon consumption taxes, which tax products on their carbon intensity, irrespective of where they were produced. This would require a carbon tax at home, and border adjustment tax on imports. To mobilize the support of the business community, the carbon tax might be designed to be revenue-neutral: that is, accompanied by tax cuts elsewhere. In the private sphere, firms could join programs that require them to display carbon labels that indicate the amount of carbon emitted in the production of consumer products.

Politically, a consumption-based approach will level the playing field between domestic and foreign producers, and move us away from the unproductive debate on the relationship between environmental regulations and economic growth. Ecologically, it can help us reduce our carbon footprint.

Since the 1970s, politicians – typically Republicans – have been alleging that environmental regulations kill jobs and hurt economic growth. On Jan. 11, 2017, the U.S. House of Representatives passed the most recent incarnation of a bill, Regulatory Accountability Act of 2017, to reform how federal regulatory agencies create and enforce new rules. This bill seeks to streamline the regulatory process, which the Congress believes is inefficient, high-cost, and run by an unelected bureaucracy.

Alongside, President Trump has nominated several individuals who are deeply skeptical of regulations, specifically environmental regulations. Trump views his choice to head the EPA, Scott Pruitt, as “a national leader against the EPA’s job-killing war on coal.”

One of the arguments for this type of antiregulatory stance is that environmental regulations encourage pollution-intensive industries to move to lightly regulated developing countries, the so-called pollution haven hypothesis. Critics also suggest that regulations stifle innovation and harm productivity, and consequently make American firms uncompetitive in global markets.

In contrast, supporters of regulations allege that critics exaggerate compliance costs and underemphasize health and other benefits of clean air and water. For example, the industry’s estimates of the cost of 1990 sulfur dioxide regulation was 15 times the actual cost.

Also, some suggest that properly designed regulations can actually spur innovation, the so-called Porter-Linde hypothesis. Because pollution represents resource waste issue, any policy to reduce waste will increase profits. Regulatory limits on the amount of methane gas leakage from the oil and gas operations, for example, would benefit both the environment and the industry since it helps conserve a valuable commodity.

Meanwhile, some scholars have suggested the entire regulation-growth debate is less relevant anyway because of what economists call “decoupling.” While higher energy use has historically translated into higher growth for a nation’s economy, there are signs this close correlation, or coupling, is weakening. This decoupling suggests economies can continue to grow even as the amount of energy needed declines – a point even President Obama echoed in a recent article on clean energy.

A recent Brookings study, for example, found that in the U.S. between 2000-2014, more than 30 states have delinked their growth and carbon emissions. Regulatory efforts such as renewable portfolio standards, which require electricity companies to use renewable energy, as well as natural gas replacing coal for power generation, have contributed to the decoupling.

But this emphasis on decoupling ignores how regulations influence the carbon footprint of our consumption patterns. Scholars have found the emissions from consumption of products in developed countries exceed the emissions generated in production and transportation of those products. In other words, emissions from burning gasoline are attributed to me when I drive a car. But emissions generated in the process of manufacturing this car abroad are not attributed to me. This sort of carbon fudging does not help the cause of mitigation.

And suppose regulations lead firms to relocate their emission-causing activities abroad, and we begin to import their products instead of producing them at home. In this case our carbon footprint has not come down. Scholars call these “carbon leakages.”

We saw this occur with the United Nations’ Kyoto Protocol to reduce greenhouse gases. Because it established mandatory territorial-based emission reduction targets for developed countries only, it created an incentive for businesses to move their emission-intensive activities to countries with no mandatory targets. This supports the “regulations as job killers argument.

Consumption-focused policies such as carbon taxes and carbon labels can help in reducing carbon leakages – if the market system allows consumers to make informed choices and creates incentives for producers to respond to these choices.

Suppose, for example, the U.S. imposed a carbon tariff on steel imported from China because the Chinese steel mills use obsolete, energy-intensive blast furnaces. Would global trade treaties and the World Trade Organization allow tariffs (or border tax adjustments) on imported products made with different production technologies? While the legality of carbon tariffs is a complex issue, some suggest that as long as such carbon taxes maintain a level playing field between domestic and foreign producers, they might be compatible with existing trade regimes.

Company-led regulatory efforts such as labels that indicate the carbon footprint of consumer products can succeed if consumers have accurate information and act on it. This is an area where the environmental movement could make great impact. Even if a small subset of consumers can begin to take environmentally responsible action, instead of expecting the government to do so, it could motivate corporate action. Think of organic food, which initially appealed to a small section of population only. But the organic movement has now spread beyond Whole Foods; Wal-Mart is now the biggest organic retailer in the U.S.

This is not to say that environmentalists should no longer push for regulations such as the EPA Clean Power Plan to reduce carbon emissions from power plants. Yet, advocacy strategies must be tempered with political realities.

Furthermore, carbon labels are often voluntary efforts by private companies that do not need regulatory approval, and a consumption-based carbon tax can be enacted at the state level, even at the city level. For example, the province of British Columbia enacted its own revenue-neutral carbon tax, which was offset by tax cuts in other parts of the economy. This local or regional approach can be especially important in the Trump era, where the federal government is expected to be hostile to mitigation efforts.

The decoupling argument misleads us into believing that we can continue with our carbon-profligate lifestyle and yet enjoy economic growth. A carbon consumption tax, by contrast, will discourage the use of carbon-intensive goods irrespective of whether they are manufactured at home or abroad. If it is made revenue-neutral, then the political opposition to this tax will be lower. Importantly, this tax can move us away from the unproductive debate that pits the economy against the environment.