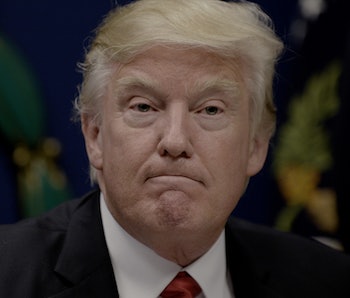 Even before the inauguration of President Donald J. Trump on January 20, scientists and citizens had begun wringing their hands in concern. In the weeks following the election in November, former congressman Robert Walker and economist Peter Navarro, Trump’s space policy advisors suggested that the new administration would turn NASA’s focus away from climate change, calling it “politically correct environmental monitoring.” Dismissive and divisive statements like this have galvanized the scientific community, and in his first week as President of the United States of America, Trump has done a lot less to weaken scientists than he’s done to embolden them. Let’s look at some of the ways.

A March for Science is Gaining Momentum

What started out as a social media protest seems to be making its way into the physical world. At the time of this article’s publication, the secret Facebook group March for Science has over 750,000 members and the public page has over 250,000. The Trump administration’s efforts to curb so-called partisan science have resulted in a backlash. This pushback is coming not just from regular people, but also from within government scientific groups.

NASA’s satellite networks and Earth-based scientists do a lot of climate change research, so if Trump’s administration got its way and focused the agency away from climate research, that would be a serious blow to our understanding of the ways in which our global climate is changing. But this is not a new sentiment from policy makers, and so far, Trump has only strengthened the resolve of some rogue scientists who decided to strike back via social media. The account, which claims to not be run by NASA employees, says in its pinned tweet that it will tweet climate change information in the event that the official NASA account is silenced.

This concern over being silenced might sound alarmist if it hadn’t already happened, which brings us to the next item on our list:

Individual National Parks Clapped Back at Trump With Facts

Inverse has reported on how Badlands National Park and Death Valley both responded to Trump’s gag order on the National Park Service, the Environmental Protection Agency, the Department of Health and Human Services, the Department of Agriculture, and the Department of Transportation. Death Valley, specifically, responded by tweeting about the park’s role in America’s shameful historical moment of forcing Japanese Americans into internment camps. And a rogue Badlands account popped up, comparing the current political situation with climate change.

While tweets from official government agencies’ accounts have been quickly silenced, these rogue accounts seem to be going strong.

Starting on inauguration day, the official Twitter account of the National Park Service started retweeting messages that were unflattering to the new president, including a photo that compared the 2017 inauguration crowd to Obama’s 2009 crowd. The retweets were soon deleted, and an official apology was issued. It seems safe to say that this was an official censure. But far from making it appear that Trump’s administration was in control, this incident made it clear to many people that individuals within the NPS will not be silenced.

It doesn’t seem like anyone’s buying that this was a mistake, especially given how individual parks followed suit. Check back with Inverse in the coming weeks for our science coverage, which will continue no matter who’s in political office.