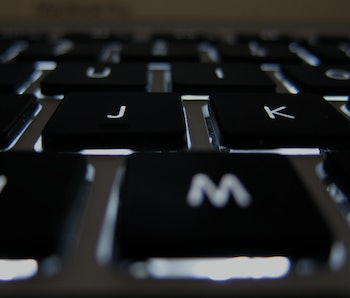 The National Security Agency has been known to intercept and collect emails, and with Donald Trump as president, privacy likely isn’t going to get better. For example, he said that Apple should help the FBI hack into the phone of one of the San Bernardino shooters, and since he became president, the demand for secret messaging apps has risen.

Let’s think about email for a moment. It can be used to spy on the most private details of anyone’s life. But if you have something secret to send, fortunately, there’s a way to protect your message: PGP.

Created by Phil Zimmerman way back in 1991, PGP — short for “Pretty Good Privacy” — is an encryption program for email that lets you communicate with others with more privacy. With PGP, you can send encoded emails, files and more to other people, and they’re nearly impossible to crack. In fact, PGP encryption tools present major problems for intelligence agencies and cause entire messages to disappear from the system.

“PGP empowers people to take their privacy into their own hands,” Zimmerman wrote in 1999. “There has been a growing social need for it. That’s why I wrote it.”

It’s safe to say that since then, the need has only increased.

Here’s how PGP works: The “key” is a string of letters and numbers. It’s split into two parts: a public and a private key.

There are many ways to generate keys and send encrypted messages, but a Chrome extension called Mailvelope allows you to easily do so right from your email account. It’s also on Firefox as a plug-in.

Now that you’ve downloaded Mailvelope, there should be a lock icon on your toolbar. Click on the lock, and then click on options.

The Setup screen will appear. If you already have a key, click “Import Key.” Otherwise, click “Generate Key.”

There are also other ways to generate keys. For example, you can generate public and private keys from Keybase, a PGP key database. On Keybase, you can also encrypt and decrypt messages and view the public keys of other PGP users.

Log into your email account, and you should’ve gotten an email from Mailvelope Key Server. When you open it, it’s going to appear as a block of nonsense letters and symbols. But fear not, you can decode it.

Click on the envelope to unlock the email. This should lead you to a link to verify your key.

Congrats! You officially have a PGP key. Now it’s time to send an encrypted message.

Keep in mind though, that you can only send encrypted emails to users who have a PGP key. Otherwise, they’re just going to get an email filled with nonsense letters and symbols and be very, very confused.

When you compose an email, notice that there’s a new logo in the corner.

If you want your message to be encrypted, click on it, and a new window will pop up. Add a recipient who has a PGP key, and then write your top secret message.

To anyone else, the email will make no sense whatsoever. But if your recipients have a PGP key, they can unlock and read your message.

And that’s it! Now you can send and receive emails with a lot more privacy.