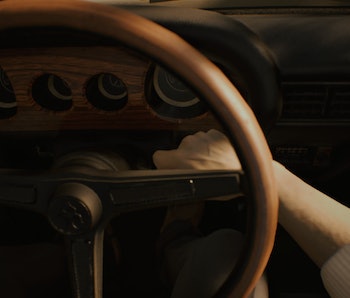 There’s no question that Resident Evil 7s new direction is a drastic departure for the series, opting to push immersive horror to the forefront of the experience by changing up the perspective. It’s made the latest game a terrifying experience, but at the cost of cutting many classic tropes such as relatively large groups of zombies and ridiculously powerful weaponry in Resident Evil. After playing through the game since it launched on January 24, however, players don’t seem to miss them at all.

Instead of yearning for the extra bullets and zombies, players have been absolutely enamored by Resident Evil 7’s refined focus. Like Outlast and Amnesia, Resident Evil 7 has continued to unsettle players with its twisted environments and tense atmosphere.

And let’s not forget the supporting characters from the game’s lovable cast, too. Anybody missing Granny yet?

A new approach to gameplay design comes with Resident Evil’s new perspective. Like every other game in the series, Resident Evil 7 has its own set of boss encounters that require a large amount of resources and concentration to survive successfully. Fighting off members of the Baker family and the creatures that surround their house isn’t an easy thing to do, and boy do the new boss encounters have folks upset.

Thankfully, the general frustration aimed at Resident Evil 7’s enemy encounters hasn’t completely halted people from enjoying and sharing some humorous horror moments. Last I checked, the type of pencils you use to write grocery lists for chainsaws and pet collars really matters.

Regardless of how you view Resident Evil 7’s new first-person perspective and completion time (somewhere around 10 hours) on the standard difficulty, one thing is absolutely clear about Capcom’s new approach to Resident Evil: It’s brought players closer to the horror and terror at the core of the series. Though it has its kinks and frustrating boss encounters, fans are pleased with Resident Evil 7.

More like this
Gaming
6.22.2022 3:00 PM
TMNT: Shredder's Revenge is the retro beat ‘em up of your dreams
By Robin Bea
Gaming
21 hours ago
The 10 best PS Plus Essential, Extra, and Premium games
By Joseph Yaden
Gaming
6.21.2022 4:27 PM
Everything you need to know about Crisis Core: Final Fantasy VII Reunion
By Hayes Madsen
Related Tags
Share: