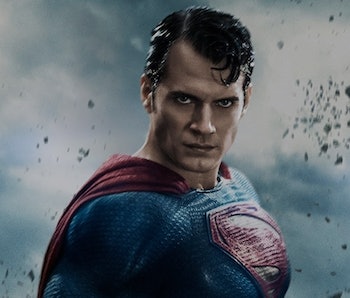 The superhero world of the DC Extended Universe had just started when — spoilers — Superman died at the end of Batman v Superman: Dawn of Justice last March. But the Last Son of Krypton will undoubtedly return in Justice League this November, and director Zack Snyder has teased Superman plays an even bigger role than anticipated.

In an upcoming issue of Empire, Snyder says, “Superman does play a big part in this movie,” and that Superman’s “presence, and lack of presence, are big story points.”

Although it was always a no-brainer that Superman would return — as if the official poster wasn’t any indication — Snyder’s word is as official as it gets. But how Superman returns from the “dead” will likely be a crucial plot point in the events of Justice League, which will be the first time DC’s most prestigious alliance appears on the big screen.

The comics offer just a little bit of insight into how things might play out in Justice League. Thus far DC’s films have taken liberties from the comics while also being sort of slavish to them; Dawn of Justice was a mash-up of The Death of Superman and The Dark Knight Returns, two important books in both characters’ libraries, but Dawn of Justice also played Lego with elements like Doomsday and the absence of the teenage female Robin, Carrie Kelly.

In The Death of Superman, a defeated Superman undergoes a regenesis at the Fortress of Solitude and returns in a new black costume (which was meant to heal him by absorbing more yellow sun radiation). Henry Cavill has teased the black costume on Instagram, but it is worth noting black Krytonian suits have already been shown in 2013’s Man of Steel.

Justice League will be released November 17.