The series of tweets began with: “Meryl Streep, one of the most over-rated actresses in Hollywood, doesn’t know me but attacked last night at the Golden Globes.” Donald Trump’s disastrously petty series of tweets following Meryl Streep’s speech at the 74th Golden Globes began with that one. In what we’ve come to see as a characteristically Trump move, the president-elect launched into a 3 a.m. tweet storm in which he adamantly defended himself and viciously attacked those who have less power than he does.

You can listen here: 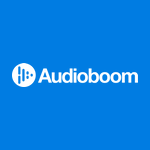 Hamill has voiced the Joker for decades, and we look forward to more of these Trump/Joker mashups to lighten the coming years. Hamill suggests that we should expect more of these, and we can’t wait.

More like this
Culture
Jan. 23, 2023
5 years ago, DC released the best Batman movie you haven't seen
By Laura Kelly
Science
Jan. 29, 2023
NASA-funded study to research if bacteria could help form building materials on Mars
By Matt Williams and Universe Today
Science
23 hours ago
Studying ancient human DNA has unlocked our origins — but the ethics are hazy
By Emiliano Rodríguez Mega and Knowable Magazine
LEARN SOMETHING NEW EVERY DAY.
Related Tags
Share: