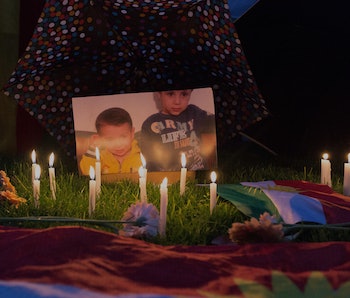 Note: This story contains an image of death that some readers may find disturbing.

It’s easy to keep scrolling through your timeline on social media or news sites. A news story, a tweet, or a photograph can move us emotionally, but oftentimes we are quick to move on. But sometimes we see something that grabs our attention and possibly even changes us. In a study published January 10 in the journal Proceedings of the National Academy of Sciences, Paul Slovic, Daniel Västfjäll, Arvid Erlandsson, and Robin Gregory say that the iconic photograph of the dead Syrian child known as Aylan Kurdi had a significant but short-lived impact on citizens and policy-makers.

In their new paper, the researchers say the publication of the photograph of this 3-year-old refugee, whose body washed up on a Turkish beach after his boat overturned, had a greater impact on public concern for the Syrian refugee crisis than all the statistics documenting the hundreds of thousands of deaths for the four years that preceded his. But as can be the case in the age of the internet, they found that interest waned quickly.

So how did they actually measure something like this? “We looked at the number of Google searches for ‘Syria’ and ‘refugees’ and ‘Aylan,’” Paul Slovic, a psychology professor at University of Oregon and the study’s first author tells NPR. “Before, there was very little interest in the Syrian refugee crisis. Afterward and for approximately the next month, the searches [for each of these terms] spiked.”

Slovic notes that not only did he and his colleagues measure interest, they also measured whether this interest turned into action. “We also looked at donations to the Swedish Red Cross, which set up a fund specifically to aid the Syrian refugees,” he tells NPR. And while the intention of the photo was journalistic, to document the human cost of the international crisis, the result was that people took action.

According to this research, people can relate more to a photograph than they can to numbers. This photograph of Aylan was powerful because it looked like a child anyone might know. “Iconic photos stir our emotions and transform our perspectives about life and the world in which we live,” say the researchers in the paper.