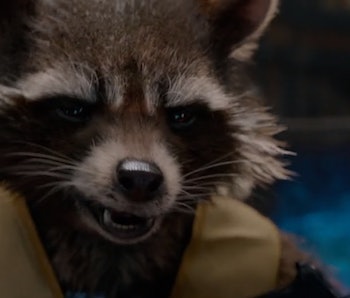 Telltale Games recently wrapped up an acclaimed take on the Batman universe with Batman: The Telltale Series. Their next episodic, narrative game will be one based on the Guardians of the Galaxy, and the first details for the game have dropped.

Telltale Games specializes in producing narrative-driven, episodic point-and-click adventures. One of the first games they’ve produced was based on Robert Kirkman’s The Walking Dead, and was released to unanimous critical acclaim, winning several game of the year awards. They’ve followed The Walking Dead with games based on other properties like Game of Thrones, Borderlands, Minecraft, Back to the Future, and most recently, Batman.

At the 2016 Video Game Awards, Telltale made a surprise announcement that their next game would be based on the popular Marvel franchise, Guardians of the Galaxy. But aside from a brief teaser where a retro cassette player flew through space, not much else was shared about the upcoming title.

Now, however, a general plot summary has been shared through GameStop’s product page:

Marvel’s Guardians of the Galaxy: The Telltale Series delivers a brand new story of the universe’s unlikeliest heroes, the rag-tag band of outlaws who go by the names Star-Lord, Gamora, Drax, Rocket, and Groot. In the wake of an epic battle, the Guardians discover an artifact of unspeakable power. Each of the Guardians has a reason to desire this relic, as does a ruthless enemy who is the last of her kind, and who will stop at nothing to tear it from their hands. From Earth to the Milano to Knowhere and beyond, and set to the beat of awesome music, this five-part episodic series puts you in the rocket-powered boots of Star-Lord in an original Guardians adventure, told in the unique and award-winning Telltale style, where your decisions and actions will drive the path of the story you experience.

While the description is pretty general, there are a few standout details. Players will assume the role of Star-Lord, which makes sense since he’s the hero, but the game could have opted to switch between the various members of the Guardians team, similar to their dual-protagonist approach in Tales from the Borderlands.

Similarly, the description mentions an artifact that will likely drive the plot of the game, but it also reveals that each of the Guardians has a reason for wanting it. This could mean that the Guardians might split or fight among themselves to attain said artifact. The addition to this mysterious female villain only complicates matters. The Guardians squabbling with each other wouldn’t be out-of-character for the rag-tag group, and it would probably heighten the comedy of the situation.

Telltale’s Guardians of the Galaxy game doesn’t have a release date yet, but expect it to release for PC, PS4, and Xbox One.