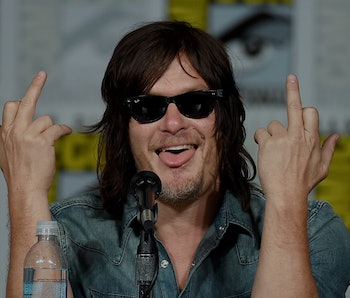 No need to apologize to Grandma for your foul mouth.

A trio of studies was recently published in Social Psychological and Personality Science, under the title of “Frankly, We Do Give A Damn,”. The study found the more a person swears, the more honest they are.

In the first study, 276 participants were given a series of questions about when and why they used profanity and did a lie detector test. In the second study, they reviewed the profiles of 73,789 Facebook users and analyzed their use of language and whether or not they lied in their statuses — assuming that with more detail and hyperbolizing came more lies. In the third study, they used the Facebook profiles to determine the user’s location and mapped out the lies and deception geographically across all 50 states. Finally, the researchers compared those results with the State Integrity Index from 2012, which ranked each state based on 14 integrity criteria, such as the presence of independent ethics commissions, legislative accountability, and transparency.

The researchers went an extra step further, though: They combined all three studies and the State Integrity Index to show that profanity is correlated with honesty, and with being a truth-teller comes integrity. Turns out New England is honest AF: New Jersey and Connecticut are the most honest states; Delaware, Rhode Island, and Massachusetts are also pretty high on the list of most profane.

This scatter plot shows how honesty and integrity are distributed throughout the country. So, if you find yourself in one of the lower left states, you are shit out of luck. Sorry, Utah.

But, readers should take this study with a grain of salt. As much as we’d like to go throwing around F-bombs all the time, it doesn’t necessarily mean that we’re more honest. Remember: The study is merely a correlation between profanity and honesty, so if you’ve been told you have a sailor mouth, good for you. But, we still don’t trust you.

More like this
Science
5.13.2022 3:01 PM
Can restaurant menus help diners choose climate-friendly meals?
By Tara Yarlagadda
Mind and Body
21 hours ago
First-of-its-kind study reveals transgender children are extremely unlikely to retransition
By Nick Keppler
Mind and Body
5.14.2022 11:00 AM
How to treat adult ADHD: A psychologist explains medication and more
By Laura E. Knouse and The Conversation
Related Tags
Share: