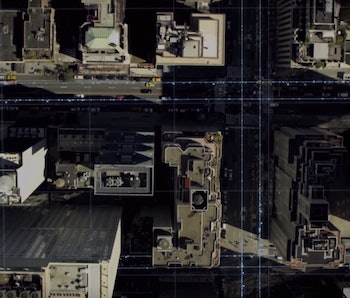 Since 2009, Uber drivers have spent thousands and thousands of hours in traffic — and now the company is putting all of that wasted time to good use. On Sunday, the company launched Uber Movement , an incredibly detailed traffic mapping application that helps its drivers figure out how to navigate the complicated, busy streets of modern cities.

Movement measures travel times between different places in the city, and compares travel conditions across different times of the day, days of the week and even months.

What’s more, it analyzes how travel is impacted by road closures, construction, events, new transit lines and more. This information benefits urban planners and helps them make informed decisions about cities, like where to expand infrastructure like highways and roads and how to improve safety.

“Over the past six and a half years, we’ve learned a lot about the future of urban mobility — and what it means for cities and the people who live in them,” Chelsea Kohler, a spokesperson for Uber told Inverse. “We’ve gotten consistent feedback from cities we partner with that access to our aggregated data would inform decisions about how to adapt existing infrastructure and invest in future solutions to make our cities more efficient. We hope Uber Movement can play a role in helping our cities grow in a way that works for everyone.”

Uber Movement works thanks to anonymous GPS data from over two billion Uber rides. Not only does this provide travel times, it also provides data from smaller segments within the trip, helping users understand how traffic moves around the city. All this data is aggregated into geographic zones that transportation planners use, like Census Tracts and Traffic Analysis Zones.

If privacy is a concern, Uber says that the anonymity of the GPS data ensures that no personally identifiable information can be surfaced through Movement.

In some ways, Uber Movement is similar to Waze because it collects traffic information. But Movement is more focused on delivering solutions and insights to the public based on this data.

It’s not available to the public yet, but you can sign up for updates on the Movement website. Meanwhile, Uber will invite planning agencies and researchers to access the data and travel times from Uber Movement. Uber’s data could potentially help cities cut down on costs.

Movement, which was designed in partnership with urban planners and transportation professionals, is the first public tool from Uber’s Project Metropolis, a program that uses the ridesharing app’s data to create civic data tools that help city governments make better transit decisions.

So far Uber has used Movement to analyze Manila’s traffic during the Christmas season, examine the impact of DC Metrorail service disruptions and measure road infrastructure performance in Australia.

Besides civic data, in the past few months, Uber has also jumped into the trucking market, which could also benefit from its Movement data gathering. If that doesn’t work, it’ll just have to stick with its plans for flying cars.