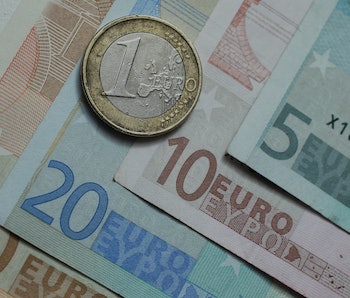 Finland has become the first country in Europe to experiment with a universal basic income program. It will include 2,000 unemployed Fins, selected at random, and the rest of the world is waiting to see how it turns out. But whatever the outcome, the fact that it’s taking place should serve as an inspiration for other countries, like the United States, as they try to find policies that meet future challenges, such as job automation, that stand to change the landscape of labor.

The two-year, nationwide experiment is designed to test the effects of a universal basic income — something many, including Elon Musk, have lately argued will become a necessity — on poverty and unemployment. Instead of receiving standard social security payments, unemployed Finns between the ages of 25 and 58 will get €560 (about $593) per month. Importantly, that monthly sum will not be forfeited even if they find another means of income. This is in contrast to Finland’s broader system of social security, wherein people stand to lose a substantial amount of benefits if they start bringing in even a small amount of income on their own.

That existing social safety net is often cited as one of the primary reasons Finnish unemployment currently sits at 8.1 percent, which, Quartz points out is high among its Scandinavian counterparts. Because people can so easily lose their benefits if they become employed, it can actually be more lucrative for some people to remain unemployed. But instead of cutting its entitlement programs, as many American conservatives would likely suggest, Finland believes a basic income program is worth trying out. This justification flies in the face of what critics of basic income have said: that it will merely be another incentive for people to stay out of work. But it has some clout behind it, as Scotland and some cities in the Netherlands are considering similar trials.

To many Americans, the idea of a nationwide experiment probably appears foreign, as there is no exact counterpart in the United States. The federal government doesn’t typically engage in these kinds of test runs. It’s a much bigger fan of gradual roll outs and progressively implemented legislation. The best, and currently most talked about, being the Affordable Care Act. Although passed in 2009, it had provisions that didn’t kick in until years later. The open enrollment aspect of the law, for instance, launched in 2013.

In lieu of experiments by the U.S. federal government, individual states are typically the ones trying out new programs. Once lauded by Supreme Court Justice Louis Brandeis as the “laboratories of democracy,” states are often viewed as proving grounds for laws that could eventually be adopted on the federal level. The Affordable Care Act, in fact, was heavily modeled on the healthcare system that was already established in Massachusetts.

When new legislation succeeds, that’s great for people in that state. But when it fails, the whole state must bear that economic or social burden. For example, the tax cuts put in place by Kansas Republicans back in 2012 and 2013 who wanted to try out large-scale trickle down economics. Called “ruinous” by The New York Times, the tax cuts led to job losses and wage decreases, which in turn resulted in less revenue for the state. Then, to save money, Kansas started slashing its education budget by multiple percentage points.

For this reason, it’s understandable that proposals for bold, new policies are often met with a tepid reaction from the public. If they fail, they tend to cost people money. But Finland’s experiment carries no such risks. Those 2,000 people are willing participants who understand any risks associated with the program. And, worst case scenario, they go back to living their normal lives after it’s over. Best case scenario, they’ve helped pioneer a new economic future for Finland at low cost to the rest of the country in a way that doesn’t require a systemic overhaul from the get-go. It will serve as the proof of concept for a brand new economic structure that could fight poverty and simplify entitlements.

And it’s not a moment too soon. As automation denialism continues in America, Finland’s approach to addressing the resultant unemployment is forward thinking and inventive. Experimentation like this provides the knowledge and the tools to solve problems before they can balloon into a crisis.

Controlled experimentation of this nature could be the key to uncovering programs that will help the country thrive into the next decade and beyond. It could also help steer the public away from possible impending national disaster concerning labor and the economy.