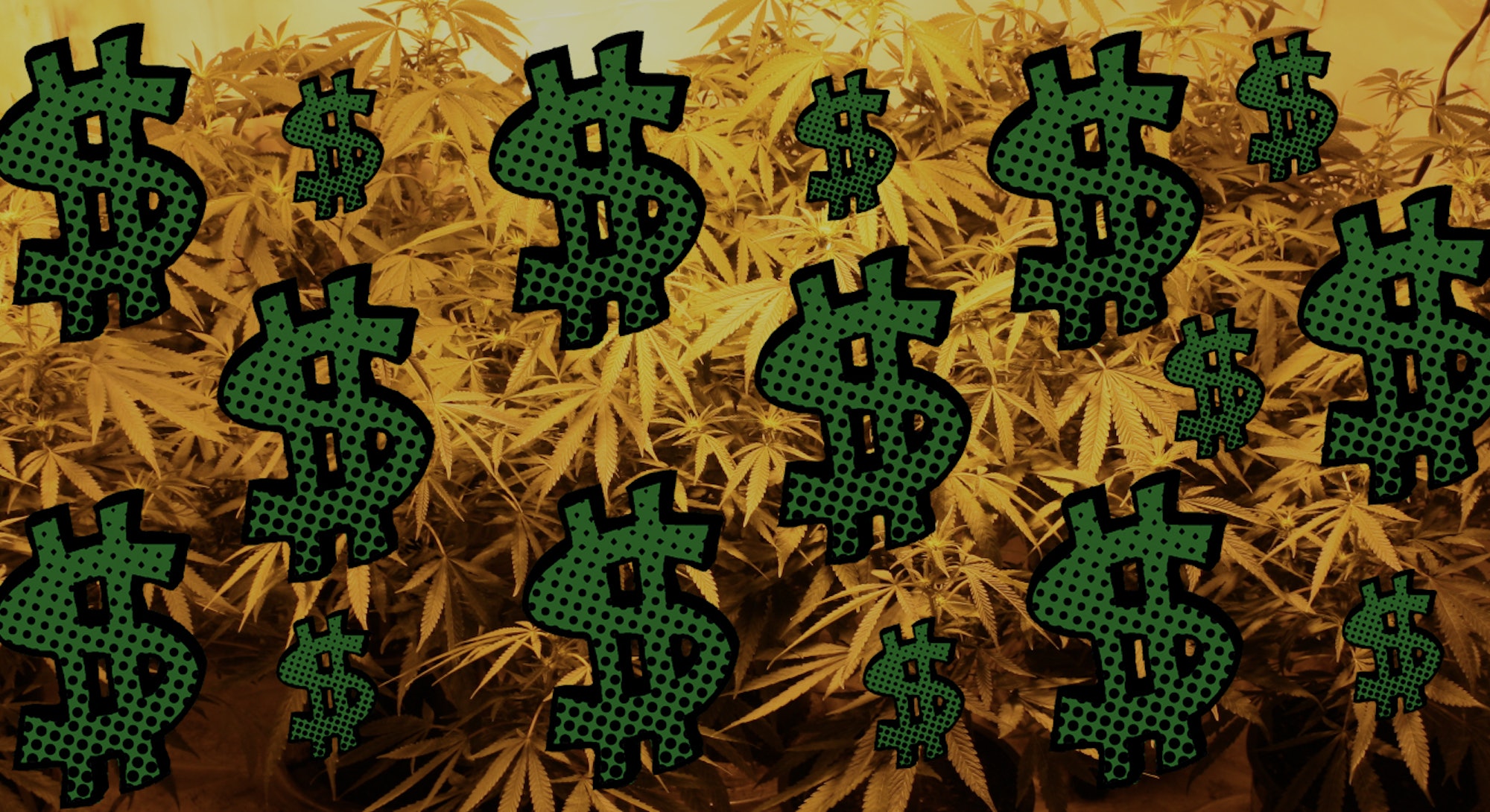 About 20 years ago, during the height of the War on Drugs, the idea of publicly traded companies spending millions to fine-tune the stoner experience would have been unthinkable. Now, it is very thinkable. In fact, a lot of talented weed growers are paid to think about it to the exclusion of much else. By 2018, 26 states, including California, will have laws legalizing marijuana in some form, which means more people will spend more time figuring out how to make it marketable to everyone. America will make Cannabis great again and Americans will get rich doing it.

Although the federal government still considers marijuana production, distribution, and possession illegal, in states where cannabis has been legalized sales are expected to reach $22 billion by 2020. The opportunities to work in the $5 billion dollar business are plentiful, and companies need individuals who know how to optimize growth of cannabis plants. And this isn’t just gardening. Marijuana is a complicated plant to grow in soil, especially amidst confounding and often contradictory regulations. Beyond that, there’s the need to keep consumer experiences in mind, staying one grow cycle ahead of what the market demands.

For people that know what they’re doing, the opportunities are nearly endless.

“About two or three times a week I’ll get emails from headhunters asking me if I’m interested in other jobs, or if I know people who are interested in other jobs,” said Damian Solomon, director of cultivation at MedMen, a marijuana investment and management firm that operates a high-tech grow space in Los Angeles. “The jobs are definitely out there.”

To learn more about his lucrative, growing field, Inverse spoke to Solomon about how he transitioned from growing vegetables for big agra firms to overseeing marijuana cultivation for a rapidly expanding startup. Charged with hiring growers and plotting future growing strategy, Solomon is in as good a position as anyone to talk about the future of controlled environment cannabis cultivation as it becomes a major American business.

Clearly the marijuana industry is growing, but what exactly is the direction in which you see demand for workers heading?

Companies are trying to expand, and the smart ones understand that they need help, so they are reaching out to people who understand commercial cropping systems. In the Salinas and Monterey areas of California, the large agriculture companies are going into the marijuana industry either directly as a grower — they are leasing their facilities to growers — or they are starting ancillary companies like testing services or propagation services used by marijuana growers. As it starts to evolve and become more and more legitimized, these large companies are going to look at this like any other crop.

I understand there are more and more jobs for junior and senior cultivation managers, what do these people actually do?

The cultivation manager is basically in charge of the entire facility’s cultivation. That person would oversee all of the labor, they will be responsible for the crop’s health, the crop’s fertilization, checking for insects, making sure that the crop is ready to move into the next phase. And then the director of cultivation, or someone similar to myself, is somebody that would oversee the different cultivation managers of the different sites. Part of my responsibility is to set up the growing system to incorporate all of the best technology to make sure we are as optimized as possible, and out in front of the competition. I am looking at building the system from a higher level and the cultivation managers do all the operations.

What should people just out of college do if they want to get into the marijuana industry?

The big companies are looking for people with degrees who went to school specifically for those subjects. It is not going to be any different in the marijuana industry. The people who are going to be able to get out in front are the ones who are academically educated in the field.

The best path is just getting in the business. They don’t have to be directly involved in cannabis, but if they have an opportunity to say go and work in a tomato greenhouse or work in an indoor facility growing lettuce or salad greens or something like that. Any type of job that would get them involved in a controlled environment agriculture in general is going to be a very good start and then they can transition into cannabis later. If they wanted to get into cannabis directly the best avenue for that would be to just try to get a job maybe as an entry-level crop worker, or an assistant supervisor, getting in at that level and just learning the trade, learning the business by doing it.

Why do you want to hire people with a horticulture background?

I’m not actually hiring people from the legacy cannabis industry, I’m only hiring people from the horticulture industry because what I have found its it is easier to take someone who went to school, and has the academic foundation, and has the experience of working in large-scale commercial agriculture or commercial horticulture, it is easier to take that person who has that work ethic and that understanding and transition them, teach them how to grow cannabis than it is to take a legacy cannabis grower who was predominantly growing in his grandmother’s basement and say now you have to transition into a commercial setting. I have found it easier to take horticulturalists and train them to grow marijuana; I have had better success with that than taking the legacy grower and trying to teach them about agriculture business.

Surely work experience matters as well. What do hiring managers want to see?

What kind of companies are hiring and what do they pay?

Canopy Growth, Tilray, Affray, and MedMen are hiring. I know there are a couple of other larger companies in California that are looking for people. For cultivation managers it can range anywhere from $60,000 to $120,000 per project, and that comes with production bonuses and other compensation.

Do you have a hard time finding employees?

We face the same challenges of labor as if we were growing apples. We need people that are dependable, and that are punctual. I myself am 42 years old and I have been a consumer since I was about 15 years old. But in the industry now, you don’t get a lot of people who have good work ethic. People come in late, or they come in under the influence, because in the industry where they are coming from those things were allowed to happen. If you were growing in a warehouse or in your friend’s garage, on your break you can smoke a joint, but now you go into a commercial setting, those kind of practices just aren’t there and they can’t be allowed. People can’t come in drunk, they can’t come in high, and you find that right now. But there is going to be a big paradigm shift and it is just going to be more professional all around.

What should people who are mid-career do?

I’d recommend going to a couple of the industry trade shows to either get your name out there or to just kind of get an understanding of what the industry looks like. That is how I did it: I just started contacting a bunch of people and I was fortunate enough to get contacted by med men to get this job, and LinkedIn; I was able to connect with a couple of Canadian companies through LinkedIn. So it’s like that; just kind of do a shotgun approach and go out there and give resumes out and shake hands and get to know as many people in the industry as possible.

As our business grows, and grows and grows, we are starting to take on more projects in different states geographically, they are going to be very dispersed. We have a large concentration in Southern California, and we have a large concentration in the northeast, Pennslyvania, Maine, those sorts of things. What we will do is we will start with one project, and we will hire a person as a cultivation manager, and as we build more facilities in that region, there is an opportunity for advancement to regional cultivation manager who will be in charge of a few of the sites in that region, so fast forward a few years you would have a northeastern regional cultivation manager that manages all of the day to day cultivation operations that we have in this region.

What are the compensation ranges?

It can range anywhere from $60,000 to $120,000 per project, and that will come with production bonuses and other compensation.

And what’s the goal here on the plant from? What’s the dream plant that we’re going to grow?