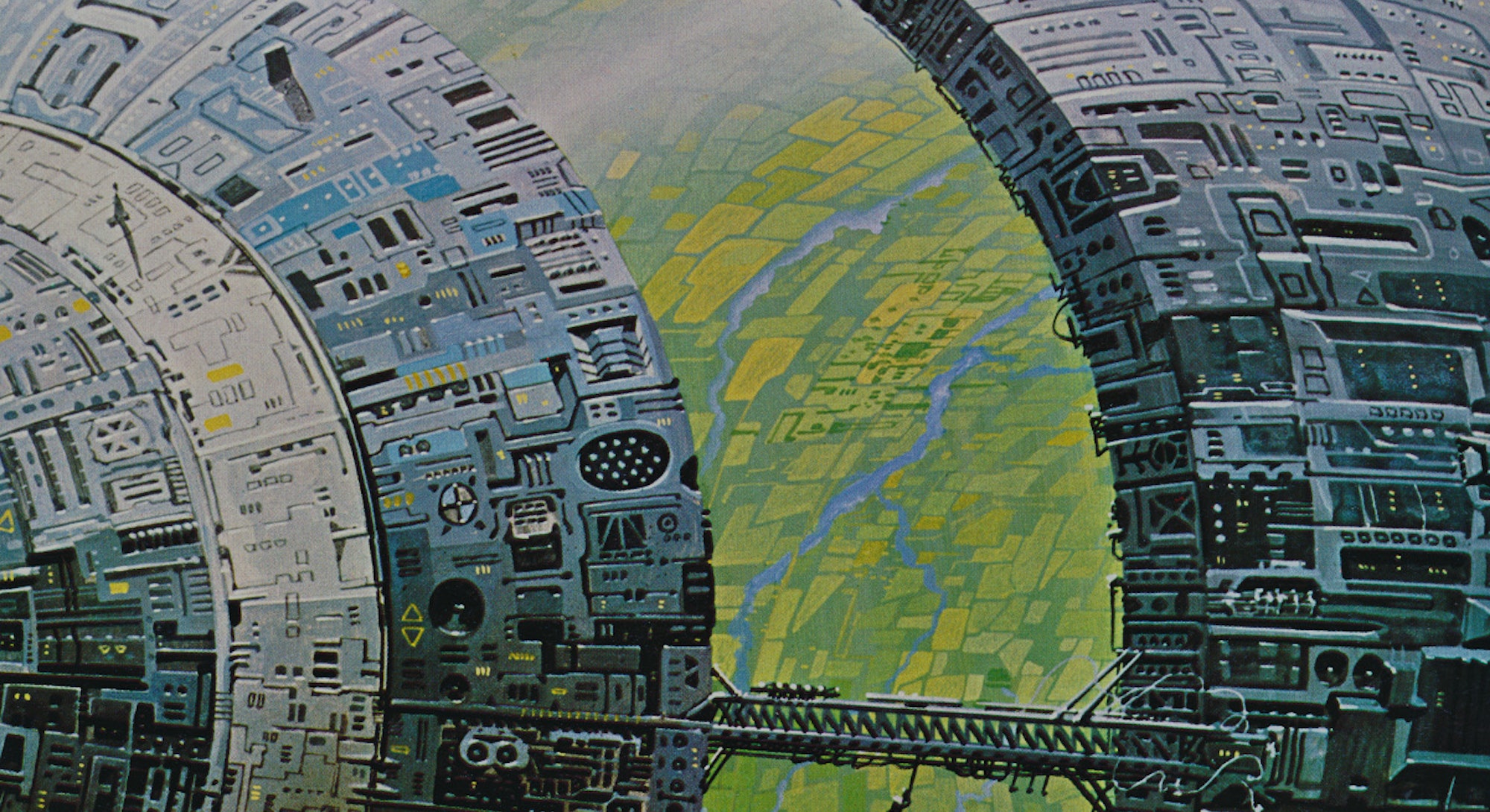 NASA is no longer the official gatekeeper to outer space and, with the proliferation of commercial space companies and the diversification of commercial space mission, it’s not unreasonable to expect low-Earth orbit to become a bit of an office park. Companies like Blue Origin, Bigelow Aerospace, and ULA want to make space tourism a true and viable industry. Organizations like Asgardia (which wants to start a literal country in cis-lunar space) and Lifeboat Foundation (which proposes to protect some humans from particle accelerator mishaps) are all looking to take things a step further and establish permanent space stations for large populations. These outposts won’t be like the International Space Station, which can only house about half a dozen people. They will be larger, and if they prove effective and successful over time, they will come to house significant populations — which will need to operate somewhat independently from Earth and any terrestrial or extraterrestrial colonies.

They will also be a pain in the ass to run. And I speak from experience on this because I briefly governed my own orbital colony. My time in command did not end well.

Joe Strout gave me the opportunity to fail. A software engineer with a huge background in creating complex simulations, Strout is the creator of High Frontier, which seeks to translate the mechanics of the SimCity series into a vacuum. Arguably the most realistic simulation ever made of building and operating a fully functional orbital space colony, High Frontier is also a highly infuriating exercise in failure created by someone devoted to and fascinated by the real dynamics of life in space.

Strout, who describes himself as “space nut,” was a childhood member of the L5 Society, an organization dedicated to advancing technology essential for building and launching orbital space colonies in the L5 orbit. As an adult, Strout noticed that discussion about colonizing space had become rare. It’s no longer part of the conversation,” he says. “When people talk about living in space, they’re usually talking about Mars or the moon.”

Strout wasn’t cool with that so he started programming. Now in version 0.25, High Frontier combines the physical, technological, economic, and sociological aspects that go into building a space colony into a puzzle that must be divided into two different parts: building the colony, and then operating it. Heres how it works:

You start out by choosing whether or not to create something in low Earth orbit (which is better protected from radiation damage) or high Earth orbit (from which materials can be important from the moon for cheap). And then you’re off to design a space colony based on shapes and structures of your choosing, which can be modified as you see appropriate. You’re free to stick together cylinders, rings, rectangular prisms, whatever. And they can be made from such materials as steel, aluminum, carbon fiber, and others — each has its own differences in expense, weight, and shielding. You’re also tasked with making sure the colony is fitted with the right kinds of instruments and protective items, like solar panels, reflectors, communications equipment, etc.

Essentially, you want to piece the structures together in a way that will facilitate comfort (space, lighting, heating), allow for the necessary utilities, create safety from radiation, and most importantly — allow the structure to maintain an artificial gravity that is approximately 1 g.

This last part is important, because it can potentially throw your entire design into disarray. You may have everything else up to par, but if your parts aren’t fitted to the right kinds of size and volume, they will not allow for a living environment that gets close to 1 g. If you’re like me, you might have to spend an enormous amount of time tweaking the sizes of the parts and the materials and the design as a whole while you balance the g’s with the electricity, lighting, radiation protection, temperature control, and everything else.

Oh, and all this also affects your budget. If you’re not careful, any one consideration can eat straight into your funds and basically ensure you won’t have enough money to make your colony into a viable place to live and work.

I spent nearly 45 minutes just playing around with the scales on each part, correcting the sizes and troubleshooting the design to reach the idea parameters. I ended up having to eliminate entire living structures in order to ensure get the gravity to its ideal state. In retrospect this makes total sense — no orbital will be able to sustain itself if its too grandiose. This is a downer for a game that’s trying to appeal to freedoms of creativity and imagination, but the realism does require you to think critically about how to make a gigantic piece of technology in space work.

And that’s just the exterior. The inside of the colony has its fair share of work to be done …

Here’s where the similarities to SimCity really start to show. Inside your colony’s living space — which for me, was the torus that could maintain enough spin to recreate Earth-like gravity — you start to build what you’ll need for a civilization. This means creating a central river from which people have access to water — complex with treatment facilities to make that water potable. Then you have to build schools, police stations, fire stations, recreational spots (stadiums, museums, parks).

Then you have to designate certain areas that can act as residential zones, commercial zones, and fields for agriculture.

And you have to ensure everything is able to develop so that it turns into a functional space of society.

This is where I ran into my biggest issue: Nobody wanted to move to my orbital colony. I would get a few tourists here and there, but absolutely no one wanted to permanently take up residence within my space colony. The annual income to the city plummeted to — $2.7 million. I wound up $156 million in the red.

I’m not really sure exactly what went wrong, and I didnt have enough time to troubleshoot my city or start over to create something that was attractive to new residents. But overall, it was clear Strout had very astutely managed to create a simulation that emphasized just how hard it is to make life in space work.

This is crucial — because a lot of people are wondering aloud why exactly we don’t already have colonies in space. Strout cites one of the biggest design constraints is simply related to geometry. While we have the luxury of mapping out a community on a two-dimensional plane here on Earth, were forced think about life in a 3D space in space.

It’s also worth noting, too, that while High Frontier provides quite the range of freedom in how one wants to build his/her colony. For example, Strout specifically left out cars as a mode of transportation (“It doesn’’t seem like cars are a very likely mode of transport”), so he created foot and bicycle paths. He’s still thinking about how to improve modes of transportation for future versions. “At some point I’d like to add mass transit — something like a monorail, with stations.”

Of course, that leads to questions about exactly what kind of layout you want for your colony. Do you want it to be a big city? Do you want it to feel like a walkable college campus? And there leads Strout to the larger reason for what he’s trying to do with High Frontier: demonstrate how damn hard it is to make life in space work.

“In fact,” he says, “a common complaint about the game is that it’s actually too hard. I’ve tried to add some support for that, but I think I’m still losing people at early stages because they feel overwhelmed. There are a lot of solutions, but when you’ve never done it before it can feel overwhelming.”

Strout is looking to add more support features in future versions and tweak the game so it better eases players into feeling like they have some control and freedom over their simulation. But he’s not looking to nix the fact that the game challenges players to think realistically about what they’re building and operating. “The original goal is still to make people understand how we can build orbital settlements around the solar system,” he says.

This is going to be much more apparent in when High Frontier is finally released in a polished 1.0 version. Who knows if I’ll have finally learned how to get people to move to my colony by then.