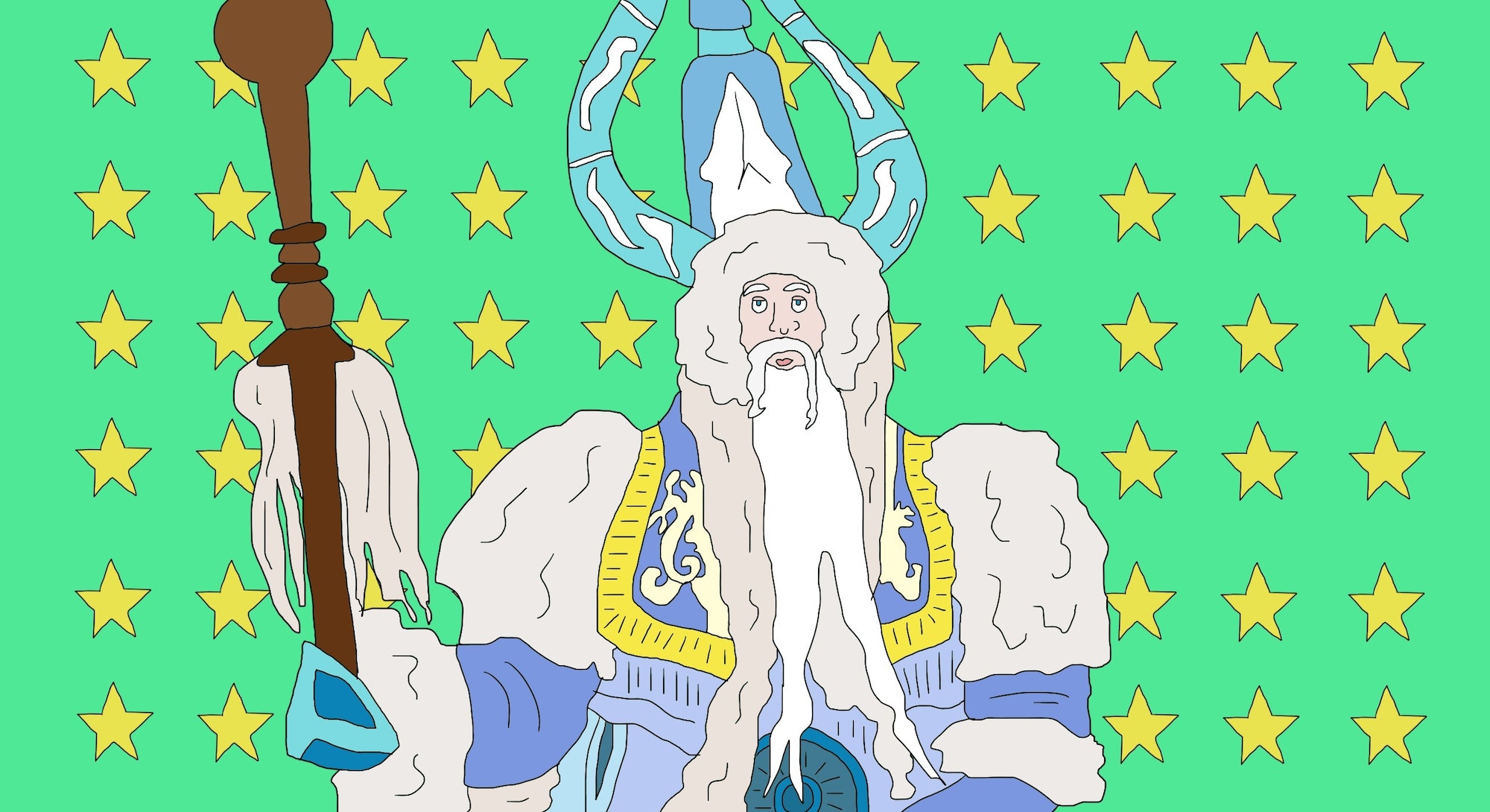 It’s been a complicated year for relations between the U.S. and Russia; yet another revival from the 1980s that we did not need. Still, there’s one thing children across the world can agree on: Santa Claus is dope, because who doesn’t like an obese, benevolent housebreaker who gives out free stuff?

It is customary for children of all cultures to send a list of exorbitant demands for Santa — known in Russia as Father Frost — that details how good they’ve been, and why that good behavior must now be rewarded with Tonka trucks and Legos (and whatever Russian kids like). Like everything else in Russia, President Vladimir Putin has infiltrated the spirit of Christmas itself, and has provided Russian children with a template with which to write to Father Frost for the 2016 holiday season. It goes as follows, according to the BBC:

“This year I have been studying very well… I was obedient to my parents. They say that you give presents to children for the New Year. Please give me and my parents [blank]. I would be very grateful for this present. Thank you!”

This has prompted plenty of criticism and mockery from citizens — this template was created by a government agency, after all, leading to many suggesting that this was a waste of taxpayer’s money. A little digging led me to this comment, a satirical spin on the template that indicates the national climate and attitude toward Putin’s government in general:

“My name is [blank]. I love living in Russia. In the election, my parents voted for [blank]. This year, I didn’t visit banned internet sites,” the letter reads. “I support the destruction of food items under the sanctions and re-unification with Crimea. Don’t give me any presents, I have everything! Please ban even more streaming websites next year! Thank you!”

And just like that, suddenly it’s not just about what Father Frost can give them, but what Putin is taking away. The letter sums up a number of the issues that Russian children are facing this Christmas. In the past few months alone, the Russian government has put an embargo on foods from the EU, leading to the destruction and ruination of fields full of ‘forbidden foods’. This has caused significant friction between citizens who are in favor of Putin’s enforced nationalism, wearing t-shirts that say “EAT RUSSIAN,” and advocates who point out the large number of citizens who are hungry or living in poverty who could benefit from the food being thrown away.

“I think we have to distribute food, not destroy it,” activist Andrei Volkov told the BBC recently. Volkov runs a nonprofit called Friends on the Street, which make efforts to feed hundreds of homeless in Moscow each weekend. While the Russian press has been mildly critical of the events, which include bizarre images of entire fields of foreign cheese being demolished, the press is regulated enough by Putin’s government that most of the criticism has remained internal.

What else are kids in Russia dealing with while American families watch their Putin-approved President-elect take a victory lap tour of the country? The satirical letter also heavily references the intense restrictions that have been made on internet access for Russian people in the past several years, specifically streaming sites.

While the U.S. has had its share of internet accessibility drama during the SOPA trials early 2010s, the limitations enforced on the web in both Russia and China have been consistently far more restrictive. Introduced in 2012, the Russian Internet Restriction Bill and its amendment, aptly titled “On Protecting Children from Information Harmful to Their Health and Development, have made attempts to ban access to major global sites like Facebook, Gmail, WhatsApp, and Skype for many years, believing that the encryption involved on these sites may make backdoor channels to communicate in that are less regulated way more readily available. More recent restrictions include LinkedIn, select Wikipedia pages on suicide and drug abuse, the Jehovah’s Witnesses official website, and others. The “streaming sites” that the satirical letter references is likely a reference to a number of adult streaming sites, most notably PornHub and YouPorn, although that’s less of an issue for the kiddies and more of a challenge for people who want to make more of them. The long tug of war over Crimea between Russia and Ukraine has been a debacle all its own for several years, prompting intense criticism from President Obama, who felt Russia’s aggression in acquiring Crimea from Ukraine, and felt it warranted a formal sanction.

Finally, there’s the conflict between Russia and the U.S. that has felt like a test drive for a second Cold War. In the past few weeks alone, it has been confirmed that Russian agents broke into Democrats’ digital offices and attempted to alter the results of the election; Trump’s Secretary of State choice Rex Tillerson is known to have close ties to Putin and Russian oil, and the President-elect does indeed have a number of business ventures tethered to the former Soviet Union.

In the meantime, as usual, citizens of both constituencies are encouraged by their respective governments to not ask questions or face heavy criticism as Trump did to nineteen-year-old critic Lauren Batchelder, who stated that she did not think the President-elect was “a friend to women” just a few weeks ago.

Father Frost is going to be receiving a lot of form letters this year, but hey, at least there’s a Christmas in Russia this year. Who knows what the world will look like this year.