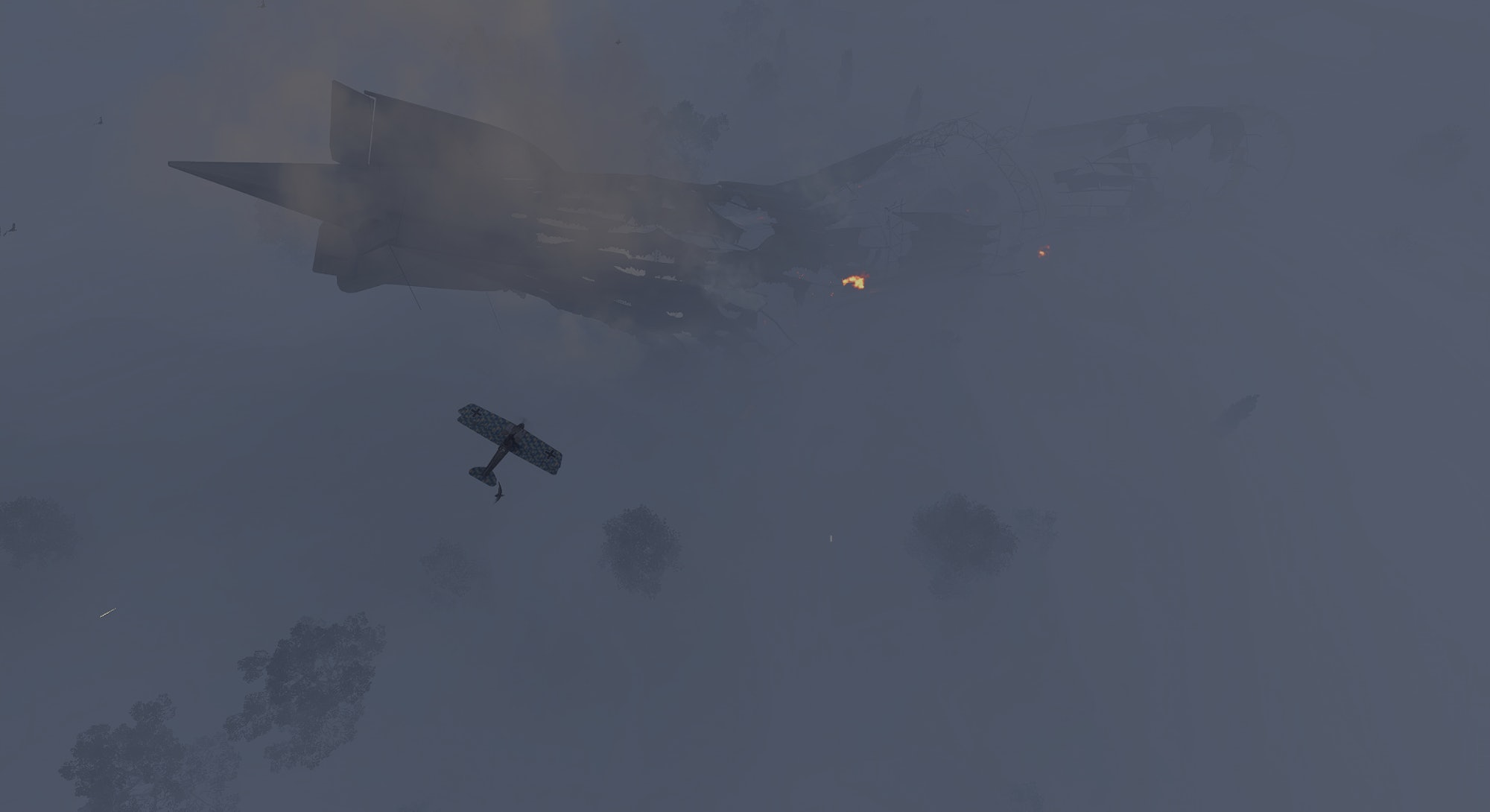 This Tuesday, DICE let loose the latest patch for Battlefield 1, aimed at fixing many of the balancing and performance issues players were having with the game since the last update. The entire list of patch notes can be found on Battlefield’s website, but the major highlights include the ability to spawn directly into teammates’ Landships, several tweaks to the controls for the soldier experience, a few changes to aim assist and a massive revisiting of shotgun balance for infantry combat. The patch also introduced Giant’s Shadow to Battlefield 1, which is the first new map to be added since the game’s launch. While it has its share of problems, Giant’s Shadow is easily one of the best maps available in the game for you to fight on.

Based on the Battle of the Selle in 1918, Giant’s Shadow takes place along the Cateau-Wassigny railway where a massive airship crashed during the war — now serving as a battlefield for both British and German troops as they collided past the Hindenburg line in autumn.

Giant’s Shadow is relatively large when played on both Conquest and Rush, featuring a total of six major objective points scattered about three main engagement areas: the village, the railway station, and the gigantic zeppelin skeleton in between. Each of these areas features a distinct combat environment too, opting to provide a mixed terrain compared to maps like Argonne Forest or Amiens from the base game.

The village is an urban combat area that spans across two Conquest objectives, with two small groups of buildings lining a small river. Here, you’ll be forced into plenty of close quarters combat situations as you navigate the various buildings and hallways which slowly get destroyed over the course of the match. The Assault class reigns supreme in the urban environment, whereas longer-ranged weaponry from the Medic, Support, and Scout serve to pick off enemy players coming down the hill from the crashed zeppelin in the middle of the map.

Stationed up on the hill in the center of the map is the crashed zeppelin, which houses two Conquest objectives within. Like the village, this area often pushes both teams into close quarters engagements that can only be described as absolute chaos depending on who you’re playing with. Grenades are consistently flying around and armored tanks are rolling through mowing down players, with gunfire skipping around your head the entire time.

Then, on the far side of the map, you’ll find the railway station, which is a mix of both close quarters and ranged combat. A few buildings serve as cover when your capturing the Conquest objective F, while E is basically just a barn sitting in the middle of a wide-open field perfect for players with sniper rifles. Combat on this side of the map usually features large infantry charges and sniper engagements like what you’d expect of Fao Fortress.

With this approach to design, DICE clearly aimed to provide three district areas that each require a different type of player strategy to hold or capture for Giant’s Shadow. Not only does this decision pay off in the traditional Battlefield Conquest mode, but in more linear objective modes like Rush as well, where it alters the pace of gameplay multiple times over the course of each match. During my time with Giant’s Shadow so far, I’ve had numerous matches where my team has lost because they were unable to fight in one of the three key areas by adapting their strategy to fit the field, and that’s great to see compared to the one-strategy pushes used in many of the base maps.

Because of the way Giant’s Shadow works to inspire different types of play from those in the match, you’ll also be able to witness some of the most epic moments in Battlefield 1’s multiplayer so far. 3-4 squads of players may charge over the hill from the railway to the zeppelin with their weapons lined with bayonets, or planes may dive straight through the wreckage while dogfighting. It’s awesome to witness these Battlefield moments in person throughout each match and like the rest of the in-game maps, Giant’s Shadow provides all the set pieces for players to perform them.

That said, there’s a few aspects to Giant’s Shadow that come up short from a design standpoint. One of the glaring issues is also the map’s greatest strength: the crashed zeppelin. Too often I’ve seen teams get trapped within the zeppelin by tanks and planes while infantry is picking them off as they try to escape. If you’re part of the team trapped, it can get pretty frustrating — although to be fair you can always respawn at your initial team base and work your way back through the map in Conquest for example.

Then, there’s also the way DICE connected each of the three main areas present on Giant’s Shadow. Every major area is linked by gigantic, wide-open fields that leave infantry ripe for the picking. Tanks, planes, and snipers basically have a funnel of targets to take down as they fight to make it to cover, which, like the crashed zeppelin, can prove really frustrating for a team without good pilots or anti-tank players to handle the situation. There isn’t much room for the flanking strategies players usually take advantage of to avoid killing zones like this — but if you use the heavy fog provided through the dynamic weather system, you’ll certainly have a fighting chance at running across the open terrain.

Despite the crashed zeppelin trap and narrow map design, Giant’s Shadow still stands tall as one of the best maps currently available in Battlefield 1’s rotation as of the latest patch. The specific attention to strategic detail combined with the new level of balance introduced with the update make for some amazing encounters across a variety of terrain, which looks gorgeous to boot. If this is what a free map looks like, we can’t wait to see how the first batch of DLC ones plays out.