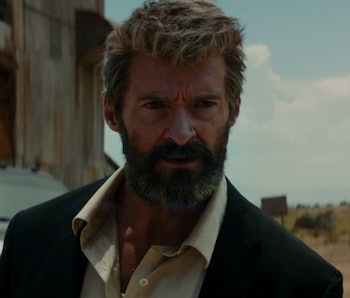 How badly did Hugh Jackman want an R-rated Logan film? So much so, that he pretty much paid to make it happen. Luckily, it looks like his investment paid off, and Logan is on its way to become a final hurrah for the actor as the character.

If someone wants to make an R-rated blockbuster in Hollywood, they better be ready to do it for cheap. One of the guiding principles for movie execs is the belief that R-rated blockbusters don’t exist because such a rating limits the potential audience size for any given film. Tight budget was a guiding principle for the Deadpool movie despite the movie going on to become a runaway success.

Likewise, a smaller budget was a necessary choice for the people behind Logan, where very expensive actor Hugh Jackman agreed to a pay cut so that Logan could be made for a budget that studios would be comfortable giving an R-rated film.

At Austin, Texas’s Butt-Numb-A-Thon, a 24-hour film festival, Logan director James Mangold revealed Jackman’s financial contributions to the film during a screening of the 40-minute footage the studio has been previewing for audiences.

It’s surprising that Fox wouldn’t greenlight an R-rated Wolverine film, especially after the success of Deadpool, but Hollywood finances are a strange science.

While it’s unknown how much exactly Jackman gave up in order for the film to be made, the dedication the man has to do right by the character is admirable. And if the previews of the 40-minute footage are anything to go by, Logan is already one of the most anticipated superhero films of 2017.