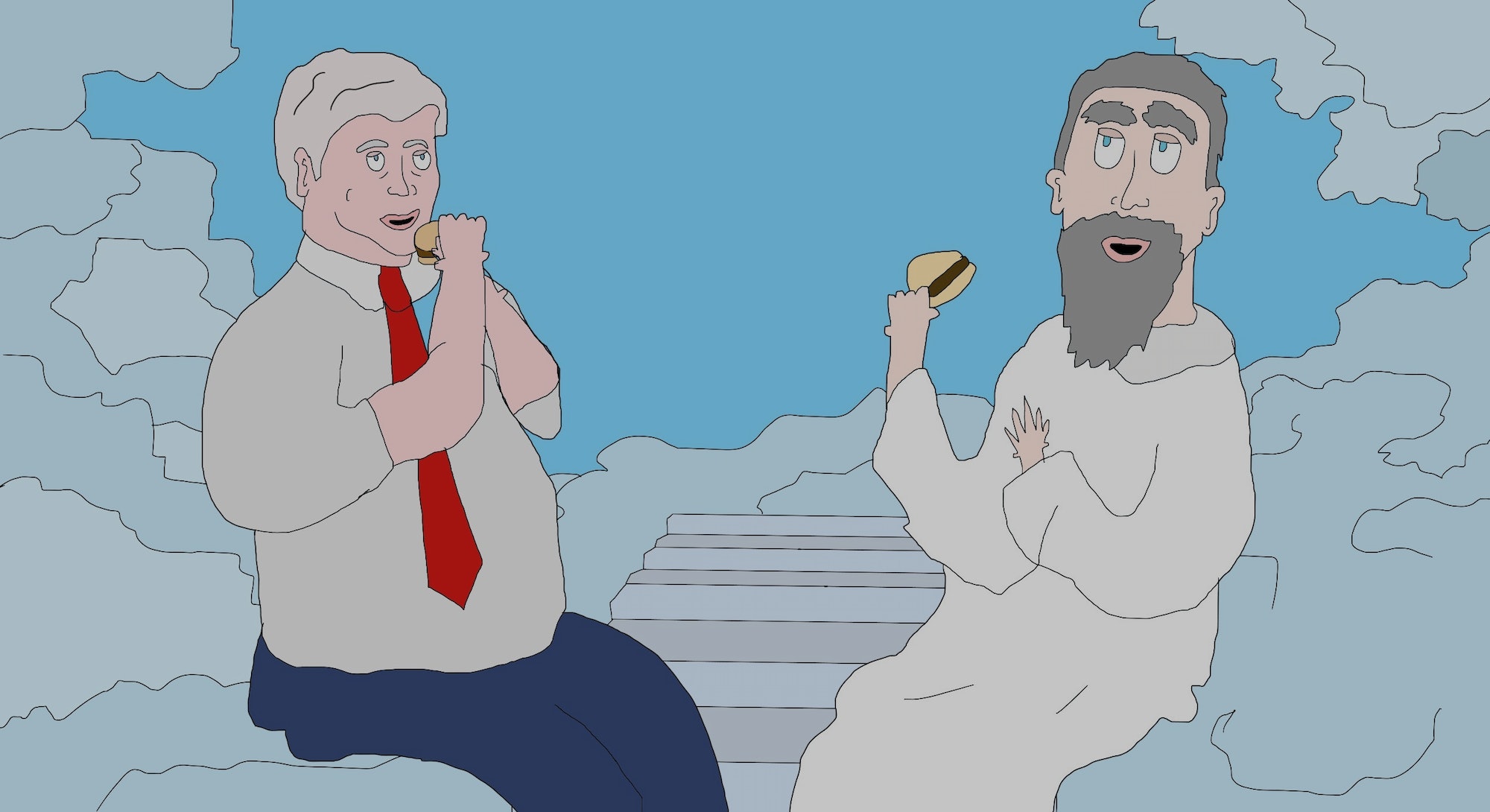 As if we needed another casualty stolen by the filthy claws of 2016, Michael “Jim” Delligatti, the 98-year-old creator of the Big Mac, died last week. The restauranteur and McDonald’s franchisee’s legacy, however, will live on forever, as his creation — and the process that made it — continues as a key component of our diets, symbol of American cultural hegemony, and an economic game-changer. Not every sandwich gets their own museum, after all.

Americans alone order about 550 million Big Macs a year, and many billions internationally. Originally known as the Aristocrat and then Blue Ribbon Burger, the revolutionary sandwich consists of two 100 percent beef patties, “special sauce,” iceberg lettuce, American cheese, pickles, and onions, served on a sesame seed bun, with another layer of bun in between the two patties. It’s incredible to think just how many people have eaten that recipe, and in Delligatti’s honor, let’s look at the legacy of this original monster sammie.

The Big Mac established a now-legendary rivalry between McDonald’s and Burger King.

Burger King actually beat Ronald and Co. to the punch in the signature sandwich game, introducing the Whopper in 1957. The Big Mac’s national debut came in 1968, after Delligatti invented it at his restaurant in Pittsburgh in 1967. Thanks to superior advertising — including the bizarre and sometimes terrifying McDonaldland characters — and market machinations, McDonald’s has managed to stay on top for all these years. Last year, the conglomerate that has inspired many a broody art student’s evil Ronald McDonald painting remained number one in fast food sales, while the Whopper and Co. trailed in fourth.

While there’s plenty of American fast food chains that have made the leap from the homeland to the international stage, none have done it quite like McD’s, powered by Delligatti’s Big Mac. There are over 36,000 McDonalds in 118 countries across the world, dwarfing the statistics of any other fast food chain in the history of forever.

There are some insane McDonald’s restaurants all over the world, and it’s had a big cultural impact overseas. The first in Russia is credited with easing the country toward democracy, and there’s one in the goddamn Lourve museum. Hey, if it’s good enough for them.

Big Mac advertising set the bar for fast food to this day.

Even though it was released 20 years before I was born, most people can still recognize the familiar jingle that accompanies the Big Mac, down to the one word jingle: “Two all-beef patties, special sauce, lettuce, cheese, pickles, onions on a sesame seed bun.” (By the way, the secret sauce is totally Thousand Island dressing. Stay woke.)

McDonald’s mastered the art of marketing garbage to children about ten years after its signature sandwich had migrated from Delligatti’s location to every franchise in the country. This, of course, is the Happy Meal, which debuted in 1979 with a colorful box, kid-sized portions and, of course, a toy. This inspired copycat meals from Burger King, Wendys and the like. But McDonald’s landed the mother load in 1987 with a Disney sponsorship that extends until this day, making a Happy Meal a must-purchase for Disneyana collectors and kids alike. The Happy Meal was a gateway drug to the Big Mac in, because if Ray Kroc knew anything, it’s that the first rule of marketing is to get em hooked early.

The Big Mac is an economic index.

The Big Mac is such a pervasive force around the world that it has been used as method of gauging the strength of a foreign country’s economy. The Big Mac Index measures an economy based on the price of the sandwich in one country versus another. It is a smart gauge of PPP (Purchasing Power Parity), or the theory that currency in one country should transfer equally to currency from another.

According to the Big Mac index, it’s easy for economists to see that the currency from country to country doesn’t always necessarily transfer this smoothly. For instance, if we’re to assume that the average cost of a Big Mac in America is $4.20, the price should work out to the same relative cost in China, Colombia, and everywhere else based on the state of the American dollar in comparison. Interestingly enough, this transfer isn’t an exact science — the translated would even out to $3.67 in the U.S. as opposed to $4.20 when translated from the Chinese yuan, and that same amount of money would only buy you 93 percent of a Big Mac in Colombia. Economists frequently cite this phenomenon as a shorthand for explaining how purchasing price parity tends to be an inexact science.

Just goes to show you that a sandwich doesn’t only need to fill an appetite, it can run the world.

It’s inspired a lot of cultural criticism and controversy.

Like all things that are delicious and fun, McDonald’s has been blamed with having a hand in increasing obesity in America.

In the 2000s, there was a massive outpouring of criticism towards McDonald’s in particular, following the release of Super Size Me, documentarian Morgan Spurlock’s account of eating McDonald’s for every meal for a full month, and the disturbing toll it took on his body. The success of this led to the adaptation of journalist Eric Schlosser’s 2001 book Fast Food Nation into a 2006 dark satire directed and co-written by the author and Richard Linklater and 2008’s sinister documentary Food Inc., detailing the horrors of factory farming that eventually found their way into Happy Meals.

Still, the Big Mac lives on, and even in a country that seems to be slowly trending toward healthier food, it continues to be mega-popular. Rest in peace, Jim, here’s to hoping there’s an open McBuffet in heaven.