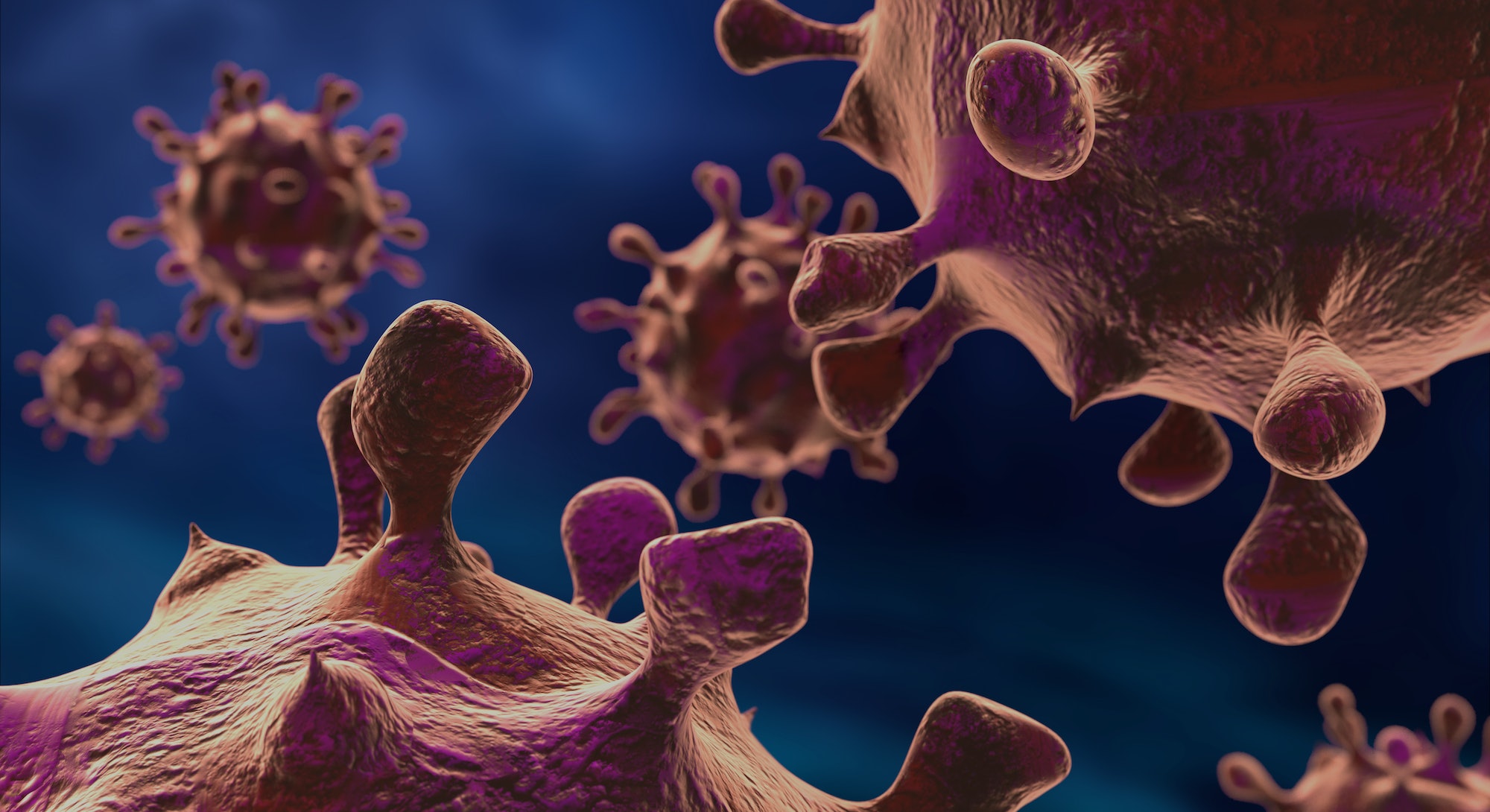 The following is an excerpt from A Brief History of Creation: Science and the Search for the Origin of Life published by W.W. Norton & Company.

In October of 1957, a pair of Central Intelligence Agency officials stopped by Stanley Miller’s office. They were interested in a letter that Miller had recently received from Alexander Oparin. It was an invitation to a symposium that the Russian was hosting in Moscow on the origin of life, which Miller had accepted. In the four years since Miller’s experiment, the subject had been reinvigorated in the scientific community. Scores of young physicists and chemists were drawn to the questions Miller and Urey had raised. And although he was just twenty-seven years old, Miller had already laid claim to the title of “godfather of prebiotic chemistry.”

For months, Oparin’s invitation had posed a dilemma for Miller. It had come during the height of the Cold War, just a year before the Berlin crisis. Joseph McCarthy had died earlier that year, falling victim to years of chronic alcoholism, but the climate of fear that McCarthyism had engendered lingered. This was particularly true in academia. The persecution of Robert Oppenheimer, the former head of the Manhattan Project, stood as a warning of what could happen if certain lines were crossed. The testimony against Oppenheimer given by Miller’s former professor, Edward Teller, had led to Teller’s ostracism in American academia.

A visit to Moscow was not a step Miller could take lightly. He had written to Harold Urey asking for advice. Urey was one of the many nuclear scientists to face scrutiny during the McCarthy hearings. He had argued on behalf of Julius and Ethel Rosenberg before their 1953 execution for stealing nuclear secrets on behalf of the Soviets. Later, Urey himself had been called before the House Un-American Activities Committee. Urey told Miller he had to make up his own mind but cautioned, “One never knows what a McCarthy will do in the future. It is a very sad situation.”

Miller decided to accept Oparin’s invitation. The visit from the CIA officers came shortly thereafter; they were visiting all the scientists headed to Moscow for the conference. Some in the upper levels of the U.S. government feared that the Soviets might lay claim to creating life in a laboratory. Such a discovery would have represented a significant propaganda victory for the Soviet regime, and the Americans could ill afford any more of those. Earlier that month, the USSR had launched the first artificial satellite, Sputnik-1. Across the United States, amateur radio enthusiasts tuned in on their ham sets to hear the eerie cricket-like chirping of Sputnik’s radio transmitter as it hurtled, untouchable, over American airspace. The sound was quickly taped and rebroadcast on commercial airwaves to a shocked public. In December, the first American satellite was launched in response, only to explode ignominiously in front of a live national television audience. Newspaper headlines the next day bemoaned the failure of America’s “Stayputnik.” There was a growing perception that the USSR was gaining the upper hand in the scientific front of the Cold War.

The CIA agents wanted Miller to report back to them on the origin-of-life work being done in Moscow. Miller agreed but was flabbergasted by the agents inability to understand even the most basic facts about the subject they were investigating. When he returned, they spent most of their time debriefing him on the lack of air-conditioning in Moscow and the personalities of the scientists involved.

The origin of life was still a politically sensitive subject in the United States. It had been only three decades since the Scopes Monkey Trial in Tennessee, where three-time Democratic presidential candidate William Jennings Bryan had railed against the inability of science to explain the origin of life. After the results of the Miller-Urey experiment made news headlines, a Gallup poll asked whether it was possible “to create life in a test tube.” Only 9 percent of respondents thought it was. But Cold War competition between the superpowers trumped any domestic political sensitivities. The United States was about to embark on the most ambitious and far-reaching government-funded science program since the Manhattan Project, and the scientists studying the origin of life were going to play a major role.

Later in the winter of 1957, a young Fulbright scholar from the University of Wisconsin named Joshua Lederberg stopped in for a visit with Haldane at the elder scientist’s home in Kolkata. Lederberg was just thirty-two years old, but he had already built an impressive reputation in the field of genetics for his discovery that bacteria could mate and exchange genetic information. Previously, bacteria were thought to simply pass genetic information to their offspring completely unchanged, creating exact copies of themselves. Lederberg had shown that their reproduction was much more complex. In 1958, Lederberg’s work on bacterial genetics would earn him the Nobel Prize in Physiology or Medicine.

Lederberg was one of those to receive an invitation to Oparin’s Moscow symposium. Ultimately, he had decided not to attend, opting to continue his work at the virologist MacFarlane Burnet’s laboratory in Melbourne, Australia. On his way home to Wisconsin, Lederberg decided to make a stop in India to pay his respects to Haldane, who had only just begun his self-imposed exile from Great Britain. There was a lunar eclipse that night, an event of great significance in Hinduism, and Lederberg had to make his way through streets crowded with religious revelers to get to Haldane’s home. Naturally, the two mens conversation veered to the stars, and to the topic that was on almost everyone’s minds: the USSR’s launch of Sputnik. It was the fortieth anniversary of the October Revolution, and Haldane worried that the Soviets would try something daring. He wondered if they might try to make a show of their newfound military capabilities by exploding a nuclear weapon on the moon—a demonstration that would be visible on Earth. The men spent the evening lamenting the thought that the promise of space exploration was being lost to a game of geopolitical one-upmanship between the superpowers.

When he arrived back in the United States, Lederberg immediately set about trying to establish a toehold in the nascent American space program. Within a month, he had circulated two memos throughout the National Academy of Sciences discussing the potential for a new “cosmic microbiology” and lunar biology.” Lederberg was advocating that the scientific search for the origin of life be extended to the space program as a search for life on other planets. Finding life in space would have important implications for the scientists trying to discover the origin of life on Earth. As a bacteriologist, Lederberg posed his suggestions as a matter of national security. He worried that the first life human beings would encounter in space would be bacterial and potentially very dangerous, capable of wreaking devastation much the way the introduction of bacteria from Eurasia had once devastated native populations in the wake of Columbus’s voyage to America, an idea that Lederberg popularized in an article entitled “Moondust” that he wrote for Science.

Lederberg’s suggestions grabbed the attention of Hugh Dryden, who was emerging as one of the most important figures in America’s rapidly expanding space program. In July of 1958, President Eisenhower signed the National Aeronautics and Space Act, creating NASA. Dryden was named the deputy administrator, and one of his first acts was to set up a Space Sciences Board to advise the new agency. Lederberg was named to head a panel on extraterrestrial life. From his new position, and with the enormous funding of the space program to draw upon, Lederberg began to attract some of the leading names in origin-of-life research, such as Harold Urey, Berkeley’s Melvin Calvin, and Stanley Miller, who was already speculating about the possible presence of life on other planets. Lederberg also began snatching up some of the most promising young minds in the field.

One of the men Lederberg recruited was a young astrophysicist named Carl Sagan, who had been a student of Urey’s at the University of Chicago when Miller conducted his electrical discharge experiment. Sagan quickly became one of the most enthusiastic embracers of the space program, and he carried his enthusiasm for understanding the origin of life with him when he left Chicago. His unique knack for popularizing science was apparent almost from the beginning something that Lederberg and his coterie of scientists would benefit from in the years to come.

One of the first to receive a grant was Wolf Vishniac, a microbiologist and exobiologist at Yale Medical School, who received funding for a device to detect microorganisms present in the soil of other planets. He named his device the Wolf Trap.” In the coming decades, scientists from the exobiology program would be instrumental in the Apollo missions to the moon, and central to the Viking missions to Mars. They went on to produce important new theories, such as the Gaia hypothesis and the grim potential climatic effects of a “nuclear winter” resulting from atomic warfare. And as they searched for signs of life on other planets, they continued to take important steps toward understanding just how life arose on Earth.

That understanding was about to change in some very fundamental ways. Just a few weeks after the results of the Miller-Urey experiment were published, a team of scientists in Great Britain would tease apart the molecular structure of DNA, a discovery that, in the years to come, was going to upend everything that scientists believed about the mechanisms of biological inheritance. The search for the origin of lifeand even the most basic understanding of how life was constructed—was about to undergo a major revolution. Much of it would play out among the scientists affiliated with the NASA exobiology program.

Excerpted from A Brief History of Creation: Science and the Search for the Origin of Life, published by W.W. Norton & Company.