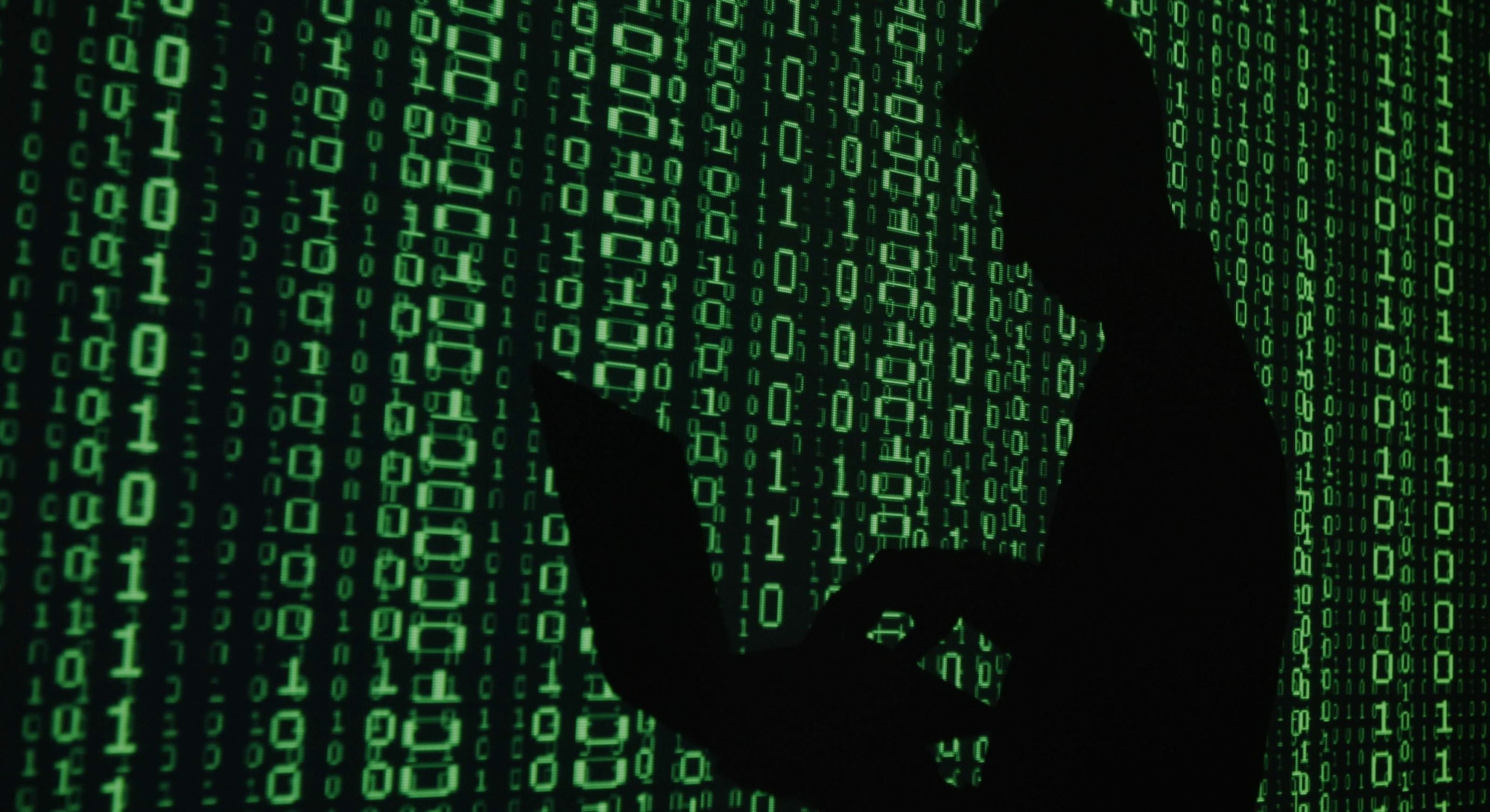 The following is an excerpt of Hacked: A Radical Approach to Hacker Culture and Crime, published by New York University Press.

Steven Levy, author of the foundational hacker history Hackers: Heroes of the Computer Revolution, coined the term “the hacker ethic.” Stemming from his interviews with numerous members of the TMRC, HBCC, and others, Levy articulates six core values that underpin this ethic, which, for some, has become the primary gospel of describing hacker culture — or, at the very least, the “golden age” of hacking.

The first value is defined as follows: “Access to computers — and anything which might teach you something about the way the world works — should be unlimited and total. Always yield to the Hands-On Imperative!” While not a complete categorical imperative for all hackers, many believe that access to technology is a fundamental value and even a right that should be afforded to all. The ability to work directly with technology allows both the hacker and the technology to operate fully — neither can function optimally without the other. This value also indicates a desire to actively engage technology and data, a trait Levy that labels the hands-on imperative. Rather than passively consume technology and media, hackers instead choose to study and tinker with systems. This tendency can lead to creating new or improved systems as well as an ability to manipulate them. This component of the hacker ethic has parallels with other do-it-yourself subcultures present among many punks and anarchist groups.

The second value of the hacker ethic described by Levy is related to the first: “All information should be free.” A common and related proclamation made by many hackers is that information wants to be free — a saying first articulated by Steward Brand in the aforementioned panel discussion among various hackers in the 1980s following the publication of Steven Levy’s Hackers. As renowned hacker Richard Stallman asserts, this is not “free” in the sense of “free beer” but free as in “free speech.” This belief can sometimes get hackers into trouble. For example, some hackers believe computer security is an aberration because it restricts access to data. They hold that the “real ‘criminals’ in the world of computers are the private corporations, institutions, and governmental agencies who wish to deny access [to] or charge fees for the use of this wealth of information.” As such, some hackers seek to illegally break open computer security measures merely as acts of defiance. In fact, merit within the community adhering to the hacker ethic is achieved by breaking these locks. Of course, the belief that all information should be free also underpins decidedly non-criminal forms of hacking, like free and open-source software development.

“Mistrust authority — promote decentralization” comprises the third value of Levy’s hacker ethic. For many hackers, authority figures are those who seek to limit access to computers and to control the flow of information. For the early MIT hackers, that authority came in the form of university administrators who would limit time and access to the Hulking Giant and other institutional computers. Such restrictions are notably easier if power and control are centralized. Much like the logic underpinning the construction of the Internet, decentralized systems allow resources, like information, to route around any obstructions. Centralized systems, on the other hand, are much more difficult to circumvent. To prevent restrictions on access to computers, code, and other forms of information, hackers often favor decentralized systems. This predilection can be observed in various file sharing protocols, like BitTorrent, or even anonymity-preserving software like the Onion Router. Decentralized systems are harder to shut down.

According to Levy, the fourth component of the hacker ethic is: “Hackers should be judged by their hacking, not bogus criteria such as degrees, age, race, or position.” Generally, hackers do value skill and style as the greater measures of a person. Levy’s arguments here, however, reveal some of the romanticism that runs through his writing. Much like with almost any other social collective, hackers are not immune to issues of social stratification or inequality (these issues will be discussed in greater detail in Chapter 1). That said, hackers generally do at least try to strive for meritocratic forms of social organization.

The fifth and sixth values of Levys hacker ethic are related: “You can create art and beauty on a computer” and “Computers can change your life for the better.” From this perspective, hackers believe that computers are more than overblown calculators useful for business and accounting. Rather, computers themselves are wondrous machines capable of creative production. Computers can produce music, pictures, and other works of art. Additionally, computers invite a particular cultural aesthetic on their own. These machines were also believed to be able to ascend humanity through the powers of computation and automation: “Everyone could gain something by the use of thinking computers in an intellectually automated world.”

Breaking away from Levy’s characterization, Richard Barbrook and Andy Cameron describe a pervasive ethos among hackers and Silicon Valley technologists which they term the Californian Ideology. According to the authors, the Californian Ideology “promiscuously combines the free-wheeling spirit of the hippies and the entrepreneurial zeal of the yuppies. This amalgamation of opposites has been achieved through a profound faith in the emancipatory potential of the new information technologies.” Emerging from the leftist politics of the 1960s, subscribers to the Californian Ideology rejected the hippie idea that a return to nature was necessary for social progress. Instead, this ideology embraced a sense of technological utopianism — better living through technology. For Barbrook and Cameron, this sense of technological determinism melded with a “libertarian individualism” to become the “hybrid orthodoxy of the information age.” In much the same spirit as this book, these authors saw dire implications for this ideology in the replication of capitalist systems of oppression. The libertarian sensibilities and technological utopianism of the Californian left and hackers privileges a capitalist development of technology with little criticism of capital accumulation.

Bryan Warnick adopts a different perspective than previous authors, viewing hacking as unified through a particular perception of physical and social reality. Drawing from the linguistic theory of George Lakoff and Mark Johnson, he argues that such an ontology is structured by a particular metaphor: the world is a computer. This metaphor falls under the category of ontological metaphors, which are “metaphors that express non-substances as substances.” The non-substance in this case is technology — the computer. The world as a computer metaphor allows for hackers (and others who adopt this metaphor) to perceive the world as being open and intricately connected. Everything has a logical function and place. We can understand the hacker ethic through the metaphor because it states that, “(1) a computer system functions best under circumstance X; (2) the world is a computer system; [and] (3) therefore, the world functions best under circumstance X.”

Many qualities of the so-called hacker ethic can be understood as arising from this metaphor that structures perceptions of reality. For instance, the emphasis on individualism among hackers can be understood as arising from this metaphor. The computer “opens a new space — a space without physical rules or boundaries, ready to be shaped by the individual imagination. It is a realm where omnipotence is possible. The absolutism of power in this new space creates a radical individualism.” Similarly, hackers greatly value freedom and openness, particularly in regards to personal autonomy and the availability of information. This appreciation can be said to stem from “the experience of networked environments where each individual part contributes to the proper workings of the functioning whole. Since nodes of a system cannot afford to be ‘secretive, each part must contribute and share what it can for the good of the system, and so also should the human being in society.”

Even hackers’ appreciation of privacy may find roots in the world as computer metaphor because it “mirrors the experience of anonymity in computer worlds.” Thus, those conditions under which a computer operates best are seen as the circumstances optimal of all other systems, including social life, politics, economics, etc. For example, any restrictions on the flow of information — a condition necessary for optimal computing, particularly in politics or business, may be seen as inefficient at best or outright morally repugnant at worst.

Other authors have described the hacker ethic more generally as a “work ethic … [that is] gaining ground in our network society.” These authors draw from the work of Max Weber to juxtapose the hacker ethic against the Protestant ethic. According to Weber, the Protestant ethic involved a strict separation between one’s labor time and recreation. Work was for work and leisure was for a scant period of downtime. Further, this ethic mandated that one’s time would be best spent productively at all times, delaying pleasure through leisure until the afterlife. The hacker ethic implodes this dichotomy between labor and leisure. In an increasingly globalized, high-technology, late modern society, this traditional divide has become untenable, particularly among white-collar and related intellectual laborers. Increasingly, ones labor time is supposed to become increasingly pleasurable while one’s leisure becomes more productive. For example, it is no longer enough to passively listen to music or watch movies in contemporary society, particularly among youth tech culture and hackers. Instead, one should build on these creative works through remixes or mash-ups. Cultural works — music, movies, and books — are no longer only generated by professionals (labor) to be consumed by the masses (leisure). Rather, individuals can simultaneously engage in both production and consumption together. In addition, under the Protestant ethic, work was not viewed as a source of satisfaction in and of itself. Rather, work was valued for the potential wealth it generated — a signal of Godliness and likely outcome in the afterlife. Thus work was more a means to an end. In opposition to this, the hacker ethic states that work should be a source of pleasure in and of itself.

According to Gabriella Coleman and Alex Golub, hackers cannot be understood through binary logics of “good/bad,” “criminal/non-criminal,” or “hero/villain.” Instead, hacker culture presents an assortment of moral and ethical dispositions. For these authors, the hacker ethic does not exist as one unifying ethos, but as a fragmented morality underpinned by liberalism. Thus hacker alignments are split into three “moral expressions,” which the authors identify as crypto-freedom, free and open-source software (F/OSS), and the hacker underground. In crypto-freedom, some hackers seek methods to protect their data — in this case through encryption — against unwanted intrusion, particularly from the government as a way to protect free speech and privacy. This expression coincided with the rise of public key cryptography and so-called cypherpunks.

The final moral expression of liberalism in the hacker subculture discussed by Coleman and Golub is the hacker underground. It is here we find hackers actively transgressing and defying major government agencies and corporate powers through technological and social manipulation. Hackers’ identities are subsumed in secrecy, which “differs from the social organization of F/OSS projects that pride themselves in upholding structures of accessibility and transparency.” Here, liberalism is radicalized to the point of challenge and confrontation with those in power in the desperate struggle to break away from control.