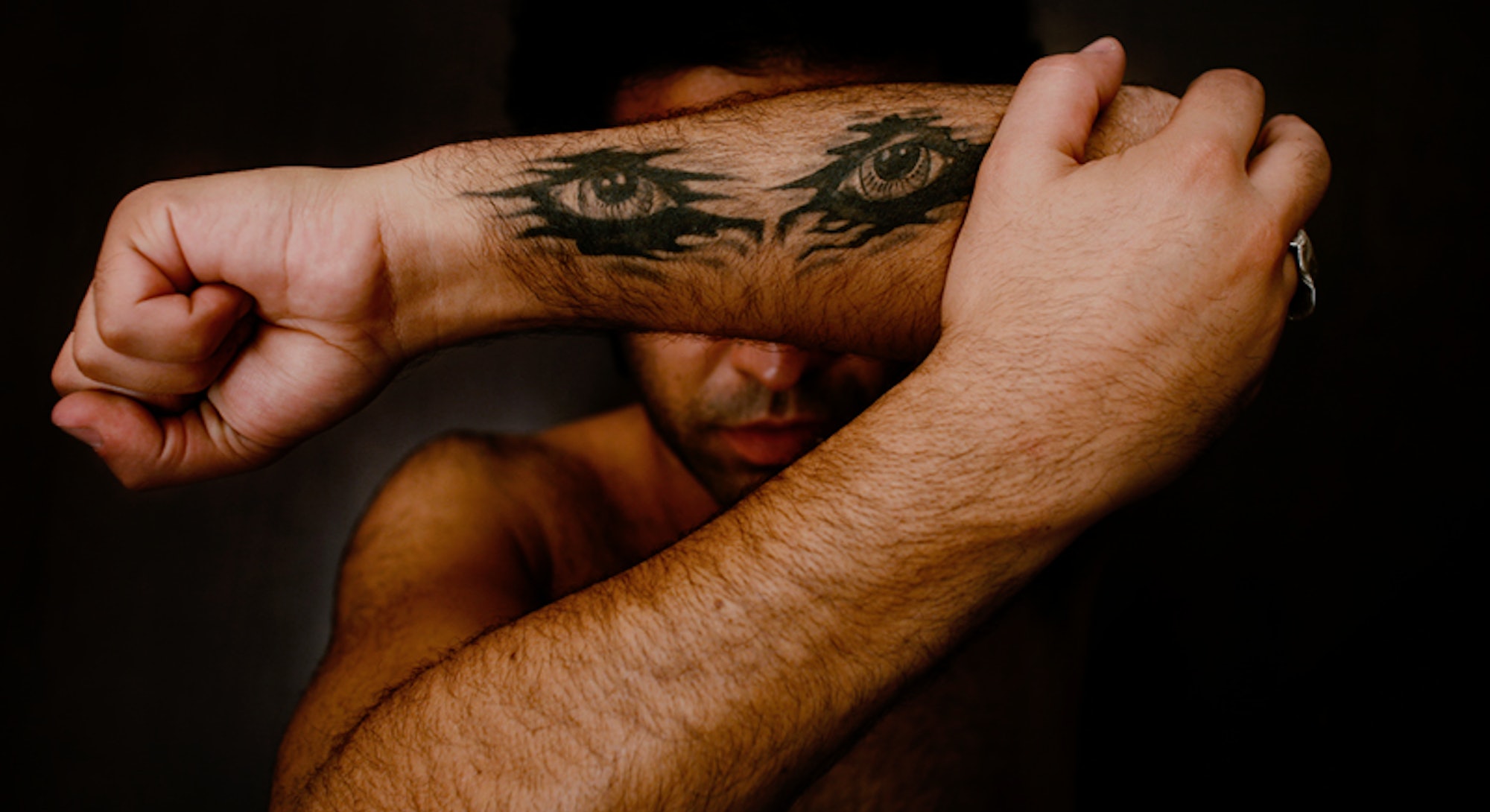 The biggest problem with getting a tattoo used to be that it could hurt your chances of landing a job, or at the very least, that it would create a heaping amount of guilt the next morning. But technology in development by the government has created a more modern problem: Your tattoo could be digitally recorded and used in a database against you.

The National Institute of Standards and Technology (NIST) is the government body that, among other things, determines encryption standards and runs the much-beloved atomic clock. Now, it’s developing software to identify tattoos faster and more reliably using automation. Essentially, they’re trying to create algorithms similar to facial recognition programs, but for tattoos.

Tattoos have long been used to identify suspects in a crime, but what NIST is aiming for goes much further, says Dave Maass, an investigative researcher at the Electronic Frontier Foundation.

“Generally, when it comes to matching two images of the same tattoo that were perhaps taken at different points in time, that technology is actually pretty accurate,” Maass tells Inverse. “They’re able to get a hit, or a series of close hits, pretty quickly and pretty accurately. What they haven’t yet mastered is the ability to match tattoos that are similar. But that’s what they really want to do.”

So if, say, Justin Bieber commits a crime and you have a tattoo similar to the “Sorry” singer, you might be sorry you opted for that treble clef behind your left ear.

Some of this technology is already out there: One program, the Gang Graffiti Automatic Recognition and Interpretation (GARI) system, is a mobile app developed by the Department of Homeland Security and Purdue University designed to “identify and track gang activity […] by identifying both graffiti and tattoos.” Indianapolis cops, the Cook County Sheriff’s department, and 15 other police departments are already using GARI to track gangs, and a DHS presentation also suggest GARI could be used by Border Patrol agents in the future.

The NIST research consists of two primary phases: the Tattoo Recognition Technology — Challenge (Tatt-C), and the Tattoo Recognition Technology — Evaluation (Tatt-E). In the first phase, NIST invited 19 organizations — including academic institutions and private companies — to use a dataset of about 15,000 images to “advance research and development into automated image-based tattoo recognition technology,” according to NIST’s website. That dataset, about 15,000 images, came from the FBI and consisted of pictures of tattoos on prisoners and inmates.

On December 1, NIST launched Tatt-E, the next phase of its tattoo recognition research. The new dataset — which EFF estimates could grow to include 100,000 images — will now include pictures from some local and state law enforcement agencies.

Crucially, says Maass, at least some of the new images will come from the booking process, that is, before a person is actually convicted of a crime.

“Those are people who have just been arrested,” says Maass. “So if you imagine protesters, particularly now, when there are a lot of people protesting, if people are arrested and brought in, their tattoos are captured and even if they haven’t committed any crimes and charges are dropped, that might be used to identify them later on down the road, just like a facial recognition might be used from a mug shot.”

Making matters more troubling, the government has not exactly been forthcoming about this research. EFF discovered it through its work challenging other forms of government surveillance in court, like license plate readers, and biometric surveillance like iris scans and facial recognition software. Even now, the government hasn’t made public all 19 organizations that took part in Tatt-C. Even internally, the project appears to have questionable oversight.

The federal government has strict regulations on how prisoners can be used for research and as subjects in experiments. An EFF investigation found that “that project leaders didn’t even run their experiments up the ladder for ethical review until after the experiments were completed.” (NIST has disputed that its research violated any federal guidelines.)

EFF also has concerns about what will eventually happen with the data that’s already been turned over. NIST’s position is that the research doesn’t violate prisoners’ privacy because the images have been stripped of identifiable information and anonymized. That argument is undercut, though, by NIST’s own argument that tattoos are personal biometric markings that can be used to identify a person.

And as has been made painfully clear, selling data is a great business model. “A lot of the people developing these programs are commercial entities who might very well sell these to tech companies that are scraping information, data broker types of folks who scrape things from the internet, or they might sell it to a social media provider to identify people, or identify people’s interests,” says Maass. “There’s a lot of things that could come from it down the road.”

Already, one of the 19 participants, a German research group called the Fraunhofer Institute, scraped images from two public databases and compared those images against those collected by German police. It’s not hard to imagine how tattoos posted on Pinterest or Facebook could eventually be folded into NIST’s research, as a way to integrate facial and tattoo recognition with a social media profile.

The possible implications and uses for law enforcement are troubling. For one, tattoos often hold significant cultural and religious importance. Given the bigoted rhetoric that President-elect Donald Trump has put forward during the campaign, we should be wary about giving cops tools that could be used to exploit speech protected by the First Amendment during the course of a routine stop or criminal investigation. A symbol that, to a cop might look like a gang marking, might mean something completely different to the person with the tattoo.

Another serious concern is that from what the public knows about facial recognition technology, automated license plate readers, and IMSI catchers (cell tower spoofers like Stingray technology), cops often use these tools with very little outside oversight. In some cases, prosecutors have misled judges to protect a law enforcement’s secret use of Stingray. It’s possible that police won’t use tattoo recognition software in a way that violates the first amendment, but the opportunity’s there.

The surveillance industry was thrilled by a Trump victory. It sees a coming surge in federal dollars for defense, border security, homeland security, and possibly an increase in federal grants for counterterrorism initiatives. Security experts have already repeatedly said law enforcement is living through a “golden age of surveillance.” What NIST is looking to do will push the current capabilities into new and possibly unnerving levels of power.