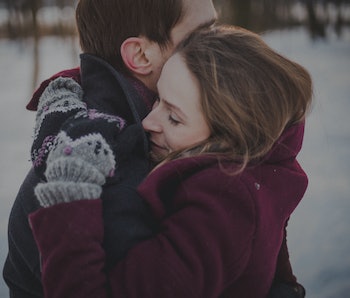 With Thanksgiving left in the dust of November, we’re hurtling now down the holiday luge towards New Year’s, which can be a mentally exhausting time of year for many. Fortunately, finding respite is as easy as giving thanks for the year gone by.

While gratefulness is innately human, it’s been tossed aside as an unworthy psychological experiment for decades. Robert Emmons, a psychologist at the University of California, Davis, says that for a time it was the “forgotten factor in the science of well-being.” Considered too unmeasurable and too spiritual, gratefulness slipped between the cracks of not quite being an emotion but not quite being anything else explainable by evolutionary science.

But there’s something valuable about being grateful. Studies demonstrate that grateful people are more generous because they want to reciprocate the benevolence they received. This connects to the idea of reciprocity: People tend to feel obligated to return good favors with more good favors. Emmons explains that this “seems to be a vital imperative universally upon which civilizations rest.”

“Gratitude connects us — we are relational beings, with a longing for belonging; an urge to merge,” says Emmons. “Much of human life is about receiving and repaying benefits. Gratitude enables us to remember who has benefitted us in the past, and motivates and inspires us to put back the goodness we have received. It is a relationship-strengthening emotion and it oils the wheels of reciprocity.”

It might be hokey, but there’s evidence you’re doing your psyche a favor when you’re grateful. In a University of Pennsylvania study, 411 people were asked to write about early memories, then write a letter to someone who they believed had never actually been thanked for their kindness. The study participants personally delivered the letter to that person — an action that the researchers found resulted in an immediate, huge increase in the participant’s happiness scores.

And it doesn’t take much beyond what normal humans already do. Emmon’s research has shown that people are 25 percent happier when they keep gratitude journals, sleep an extra half hour more, and hit the gym for 33 percent more time. It’s not much, and it makes a big difference.

“Gratitude also serves as a stress buffer — grateful people are less likely to experience envy, anger, resentment, regret and other unpleasant states that hijack our consciousness,” says Emmons. “Experiencing gratitude leads to increased feelings of connectedness, improved relationships, and even altruism. All of these findings are quantifiable and robust.”