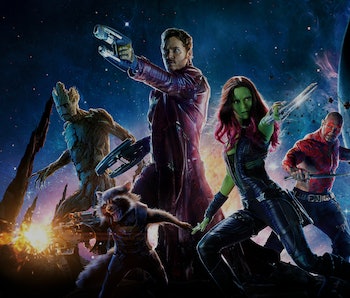 At 14 films, the Marvel Cinematic Universe has been progressing far enough to the point where fans can easily discern the Marvel “House Style” that is the common look of all the Marvel films. But what is that exactly when each film features a rotating stable of cinematographers and directors? Video essayist and filmmaker Patrick (H) Williams boils down an argument for Marvel’s use of color grading, but also touches on why the films don’t look like the comic books they are based off of.

Williams argues that while there are a myriad of reasons for Marvel’s “giant parking lot” look, there is a marked departure in how the company’s films looked when it switched from film (Iron Man, Iron Man 2, Thor) to the digital ARRI Alexa camera (The Avengers onward). But the cameras by themselves, which shoot footage much flatter than film cameras, aren’t to blame as these are the same units that captured films like Mad Max: Fury Road, which decidedly does not look like a Marvel film.

Instead, Williams explains that tactual black color, in favor of a really dark gray, in Marvel’s color grading causes their whole slate to look muted and, well, bad.

He also likens the lack of black color, which prevents other colors from becoming more vibrant due to the contrast, to an early 2000s technique in comic books that skipped the inking process and went straight to coloring in the pencil illustrations. The results were similar to what viewers see in Marvel movies now: flat, off-colored images.

But hope is not lost, however, as Marvel will be making a big change to their upcoming films, specifically Guardians of the Galaxy Vol. 2 which will be switching out the ARRI Alexa for the Red Weapon 8K, which was used to shoot The Martian and Pacific Rim. You can compare for yourself how the upcoming sequel looks compared to the predecessor just from the new trailer which looks more vibrant than its predecessor. An easy barometer is actually Yondu’s skin tone, whose blue skin looks deeper and more electric than in the first film.

Of course, it’s not just the camera. As seen in Doctor Strange, which still features a similar gray coloring in the scenes that take place in the real world, but a vibrant and lively color scheme in the mystical dimensions scenes, post-production also determines how a film will ultimately look.

And while Williams concludes that he would like to see Marvel simply return to the more expensive method of shooting on film (“They can afford it”), I’m not cinema purist, and I simply think that maybe Marvel shouldn’t require such laborious standards across all their films. However, Marvel is the one with several billion dollars worth of films, so who am I to say anything?