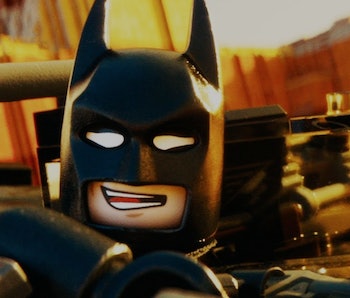 Lego recently revealed their 2017 line of Marvel Legos, but thanks to the Danish toy company’s partnership with Warner Bros., the biggest releases were saved for Lego Batman, and the company has delivered.

Next year, the spin-off of the massively popular Lego Movie will see Will Arnett’s punk-rock and brooding Batman headline his own Lego movie. The story revolves around a lonely Bruce Wayne who ends up adopting a young sidekick, only for the two to run into a bunch of wacky adventures that involves Joker, Barbara Gordon, and lots of Lego bricks.

It’s a little early to tell if all the Lego mini-figures present in this reveal will appear in the film. However, for something as wacky as Lego Batman, it’s not difficult to imagine seeing figures like Caveman Batman or Heavy Metal Batman appear alongside comic book mainstays like the Red Hood, Harley Quinn, or Police Chief Barbara Gordon.

Aside from the expected mini figures like Batgirl and Commissioner Gordon, there are some surprising inclusions in Lego’s Lego Batman collection. For instance, what’s up with this guy?

Judging by the trailer for Lego Batman, the film will be defiantly less serious than 2016’s Batman v Superman: Dawn of Justice. Lego Batman, by contrast, is content living the good life of crime-fighting and lobster dinners.

The set also reveals some other characters that could appear in the film like Harley Quinn, and more surprisingly, the Red Hood.

While definitely not a part of the DC Extended Universe, Lego Batman could be Warner Bros. most popular film of 2017, especially with all of the exciting cameos and fan service elements for Batman followers.