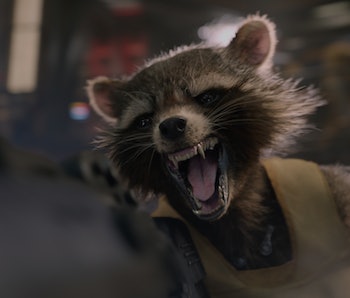 Director James Gunn maintains there is one last Easter egg left to uncover in his 2014 sci-fi adventure Guardians of the Galaxy. It’s such a biggie that the filmmaker bet money towards a fan that he’s not trolling and that it does indeed exist.

During a recent Facebook Q&A, the director said he will not personally reveal the final Easter egg. When a fan challenged him, claiming Gunn is the “ultimate troll,” Gunn responded: “If there is no Easter egg I will give you a hundred thousand dollars — copy this post — I will consider it a legally binding contract — signed, James Gunn.”

Gunn later clarified on Twitter that he is not offering a $100,000 reward for some comic book movie Easter egg, but that won’t stop the internet from a renewed hunt. Fans have already tried to figure out the last Easter egg since the movie came out over two years ago, but to no avail.

What’s also unknown is the purpose of the Easter egg, which could provide a clue for where fans should start. Is it a teaser for Avengers: Infinity War, or is it an homage to something Gunn was influenced by? Not clear. “There’s definitely one really big thing that people haven’t seen, but they may never see it,” Gunn said when the film was released on Blu-ray promotion. “We’ll see.”