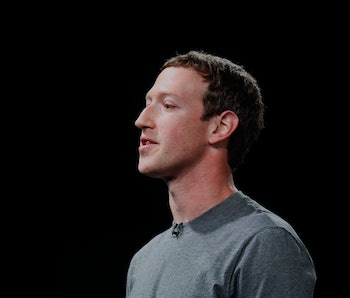 Mark Zuckerberg wants to extend the human lifespan by a lot. At a discussion at Techonomy on Friday, the Facebook CEO explained how the Chan Zuckerberg Initiative, founded last December, will aim to cure all diseases by the end of the century, using advanced tools and engineering breakthroughs to fuel scientific research.

“By the time we get to the end of this century, it will be pretty normal for people to live past 100,” Zuckerberg said.

Zuckerberg gave the microscope as an example of how engineering pushes medical research. After it was invented, researchers were able to see the bacteria in cells for the first time, which improved understanding of how diseases worked.

“There’s nothing like having a child to make you realize the future is soon, and that we want to do everything we can so she and everyone in her generation can have the best lives that they can,” Zuckerberg said.

He’s not the only tech leader looking to extending lifespans. Peter Diamandis, founder of a think tank called “Singularity University,” is aiming to extend the human lifespan to hundreds of years, setting himself the goal in medical school to expand human life to 700 years. The transhumanist movement has set its sights further, aiming to overcome biological determinism and bring about unthinkably long lifespans. Compared to these endeavors, Zuckerberg’s goals seem conservative, but he’s aiming for goals that he feels are genuinely achievable.

The initiative’s plans look towards long term investment rather than short term gains. Education, for example, will be a priority for the initiative, an area where the gains won’t be apparent for at least a decade. Providing personalized learning content, with students learning at their own pace, could help revolutionize teaching.

“The strategy for the Chan Zuckerberg Initiative is to bring engineering to social change,” Zuckerberg said.

Watch the full discussion here (Zuckerberg begins talking about the initiative at the 36 minute mark):

More like this
Innovation
Jan. 23, 2023
This biohybrid robot walks using lab-grown mouse muscles
By Joanna Thompson
Science
Jan. 29, 2023
Studying ancient human DNA has unlocked our origins — but the ethics are hazy
By Emiliano Rodríguez Mega and Knowable Magazine
Science
Jan. 29, 2023
Are coyotes dangerous to dogs and cats? Here’s how to keep your pets safe
By Tara Yarlagadda
LEARN SOMETHING NEW EVERY DAY.
Related Tags
Share: