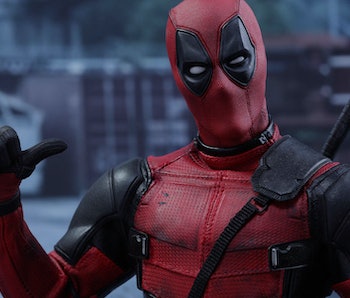 Despite the success of Deadpool and the excitement for Logan, Fox’s X-Men franchise is in some hot water. With directors leaving films, potential films stalling in production, and their biggest actors ending their contracts, Fox has big plans for the mutant films that could end up changing the entire X-Men film series.

There are seismic shifts happening in the X-Men franchise, arguably the first modern superhero franchise — the first X-Men movie pre-dating the Marvel Cinematic Universe by several years. Now, however, with the box office disappointment of X-Men: Apocalypse; Hugh Jackman’s retirement from the role of Wolverine after the upcoming Logan; the departure of Tim Miller from Deadpool 2 after creative differences with star Ryan Reynolds; the continual stall of Channing Tatum’s Gambit solo film project; and Jennifer Lawrence, Michael Fassbender, and James McAvoy all ready to depart the X-Men franchise after Apocalypse, Fox is in a bit of trouble.

It’s clear that Fox’s one bright spot is the surprise success of Deadpool which earned over $700 million at the box offices, despite modest box office predictions. The sequel, Deadpool 2 is already in development with Fox scrambling to find a replacement director, and Deadpool 3 is already planned to include the mutant hit-squad X-Force. Despite having no overt connections to the main X-Men storylines, Deadpool could very much end up anchoring Fox’s X-Men franchise in the future.

There’s also reports that X-Men writer and producer Simon Kinberg is busy working on a new script that could reboot the X-Men universe again, but The Hollywood Reporter is also claiming that Kinberg still has McAvoy, Lawrence, and Fassbender in mind to reprise their roles, despite the three actors fulfilling their three-film contract.

Lastly, Fox is developing new X-projects to help offload the burden away from established names like Deadpool, Wolverine, or the X-Men. Scott Neustadter and Michael H. Weber who co-wrote The Fault in Our Stars film adaptation, will be helming an adaptation of the New Mutants, a YA style X-Men story following teenage mutants as they navigate angsty puberty and mutant powers. In addition, Gambit might also finally move towards actual production.

Basically, expect more Deadpool in your future and possibly a whole new X-Men team lining up the next time there’s a proper X-Men film. There’s also Fox’s FX television show Legion starring the eponymous mutant and son of Charles Xavier. If that series succeeds, there might also be a serious move towards X-Men related TV shows in the future as well.