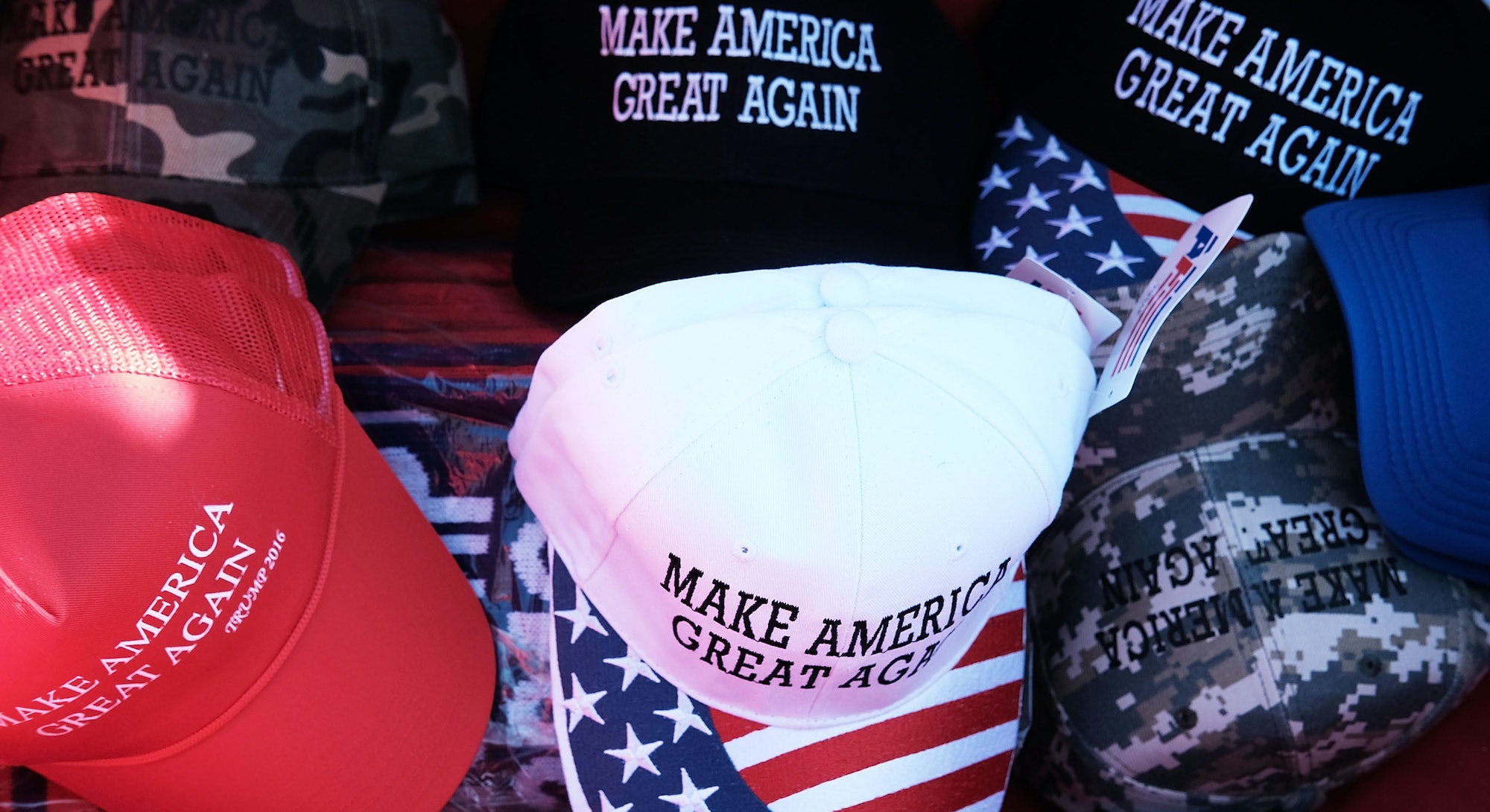 The business of Making America Great Again came with a lot of crappy merch, the most iconic of which has been that red baseball cap. Now that Trump’s campaign is over, what exactly happens to all those red hats? A number will be kept as mementos, sure, but it’s a reasonable guess that a whole bunch are eventually headed to the landfill. The actual hat is made of rope and plastic, and unfortunately will outlast the man himself many times over.

“Any number I give you could be off by a factor of two,” Dr. Morton Barlaz, Head of the Department of Civil, Construction, and Environmental Engineering at North Carolina State University, tells Inverse. “It depends on the landfill … it depends on if the rope is natural fiber or synthetic. If it’s plastic, we don’t have any evidence that it will ever degrade, biologically. It’s essentially buried forever. At some point it may crumble and not be recognizable, [but it] won’t degrade.”

This is never going away:

If the rest of the hat is a synthetic material like nylon, Barlaz says, then the same answer applies. If it’s cotton, perhaps with the addition of some cardboard, then a rough guess at its half-life (the time it takes for half the thing to go away, the standard means of measuring decomposition) would be about 20 to 25 years. This means that 87 percent of the hat would be gone in about 66 years, and so on.

There are biodegradable agents that could allow the hat to die a natural death, though since they’re expensive and also imply an interest in science and planetary health, it seems unlikely Donald sprung for them. Biodegradable plastics, depending on the specific material used, might decompose on the order of five years or so. Plastics that have likewise been upgraded with biodegradable additives might take between seven and 35 years, and have the advantage of being able to kind of infect plastics around them, even plastics without the additive.

“Once you get the enzyme in the landfill, it doesn’t matter if all the plastic itself had it,” says Dr. Lisa Detter-Hoskin, the principal research scientist at Georgia Tech University’s Material Analysis Center. “You get plastic in there that does have it and it attracts the bacteria and helps break it all down.”

According to Barlaz, there’s been some market penetration in biodegradable plastic in utensils and plates, because those tend to go in a landfill after one use - unlike, say, a baseball cap, which is presumably used a bunch of times. The rope part near the brim, if it was made of hemp (or anything else biodegradable) could also conceivably be converted to compost. The hat would take a minimum of one month (again, it depends on the exact material) to anaerobically degrade into a mixture of methane and carbon dioxide. It would generate about two ounces of compost, which could be sold for the cool sum of about one cent per hat.

You Could Always Burn It for Energy

“It would be great to turn this hat into something of real value,” Craig Criddle, an Environmental Engineering & Science professor at Stanford University, explains to Inverse. “Assuming it has a weight of about six ounces, it could be converted into heat and energy by burning it, with potential power generation of about 0.34 kWh plus a bunch of heat from each hat. Selling the power at 12¢/kWh could generate about 4¢ of revenue per hat.”

According to Criddle, the methane could be sold for about two cents per hat, or converted into natural gas and fetch a price about four cents per hat, depending on state and federal credits. If you really wanted to go for it, you could feed it all to methane-eating bacteria to produce a biodegradable plastic worth around eight centers per hat, or a fish food supplement worth about 22 cents per hat.

You know, in case the Trump campaign was interested.