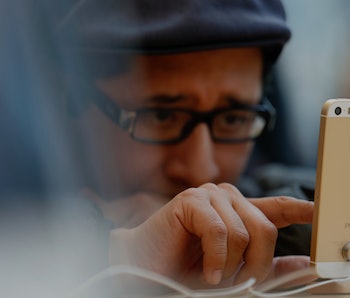 The days of scrambling for the charging cable may soon come to an end. Researchers at Duke University revealed on Tuesday that they had discovered a method of wirelessly charging devices in a room using a TV or similar shaped object.

“Our proposed system would be able to automatically and continuously charge any device anywhere within a room, making dead batteries a thing of the past,” said David Smith, professor and chair of the Department of Electrical and Computer Engineering at Duke.

The solution uses a synthetic material known as a metamaterial. A series of cells are able to manipulate electromagnetic waves moving through a flat surface, so the team can shape the wave coming out of the other side. The team believes a typical TV-sized metamaterial area could charge up multiple phone-sized devices from up to 10 meters (32 feet) away.

“Wireless charging” has become a marketing term for a far less impressive technology. Standards like Qi allow select smartphones to draw energy when placed on a special pad, but this requires contact, and won’t work if there’s any space between the pad and the phone.

Other companies, like Ossia, are developing truly wireless charging systems that work over distances, but these are complex solutions, and the leading flagship smartphones have yet to adopt them.

Smith’s team has produced a simple solution. “One of the coolest things about our approach to this problem is that it allows us to manufacture our antennas at the same plants that produce LCD televisions,” said Nathan Kundtz, a former graduate student that worked with Smith’s team.

“I think building a system like this, which could be embedded in the ceiling and wirelessly charge everything in a room, is a very feasible scheme,” Smith said. “Moreover, there are versions of the concept that can deliver larger power over much larger distances.”

More like this
Innovation
3 minutes ago
China and Russia are on track to set up a Moon base by 2036 — here’s the plan
By Allie Hutchison
Innovation
5.18.2022 6:37 PM
One simple thing makes the Nissan Z a perfect sports car
By Jordan Golson
Innovation
5.18.2022 5:30 PM
Boeing Starliner OFT-2 launch date, specs, and timeline for the ISS flight
By Harry Stoltz
Share: