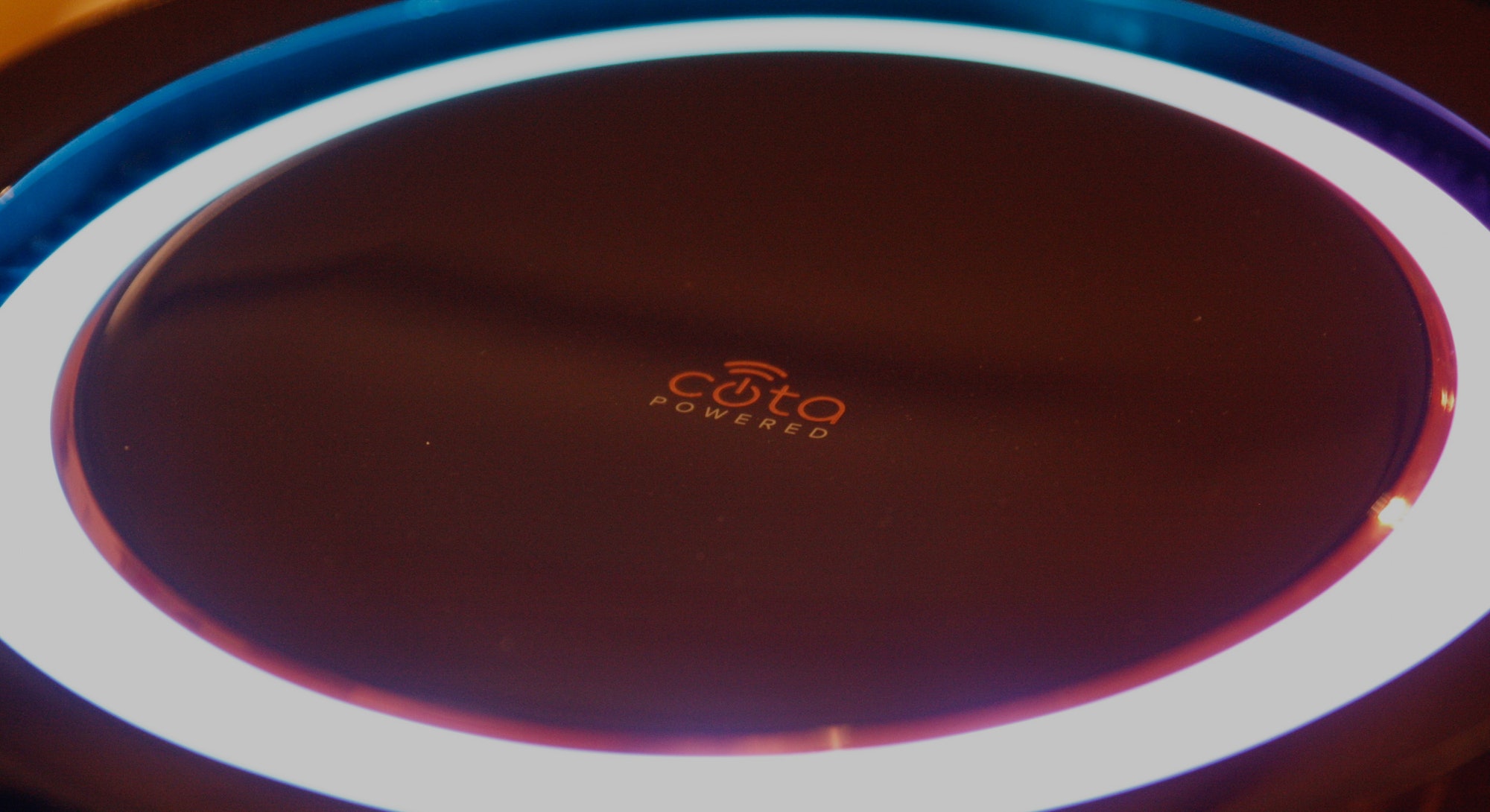 Battery life is one of the great frustrations of modern life, particularly when we’re talking about our beloved iPhones. But one company thinks it can finally eliminate smartphone battery anxiety altogether. Ossia’s Cota wireless charging system automatically starts charging a phone when it comes in range of a base station, just like wifi. It works even if the phone is in a user’s pocket.

Ossia wants to change how people think about phone batteries. Rather than acting as a convenient way to charge up, people will stop thinking about their battery levels entirely. “We imagine there’s an access point just like wifi, and your battery never runs down,” Abid Hussain, chief commercialization officer at Ossia, tells Inverse. “It’s at 100 percent all day long.” Hussain later clarifies that the battery doesn’t run down while you are near it and it stays at 100 percent under normal use.

Technologies that describe themselves as “wireless charging” have been around for a while, but it’s not really wireless in the way most people would understand it. Qi and Powermat can charge up gadgets without fumbling with a frayed power cable, but the device does needs to make contact with a special pad. It’s an improvement, but it’s not exactly wifi.

Cota, on the other hand, can charge up phones under tables, or kept in bags, or even in a user’s pocket. The benefits are huge: people would no longer need to carry a charger, or even think about chargers.

The chip is so small it can fit in any number of household appliances, including smoke alarms, toys, and even Internet of Things-connected gadgets like Bluetooth bathroom scales. Ossia has developed a AA battery compatible with its wireless charging system, so people could retro-fit Cota tech into every appliance imaginable and end the hassle of buying batteries forever.

Currently, the prototype is deliberately limited to less than a single watt (a standard iPhone charger is five watts), but Ossia working on higher power platforms for commercialization. “Our number one goal on safety is to make sure we don’t violate SAR [specific absorption rate],” said Hussain. SAR is a measure of how much radio frequency energy is being absorbed by the body. Ossia is taking a conservative approach to make sure the tech stays within acceptable boundaries. Even at these conservative levels, though, a smartphone will charge up when in range.

Though, if Ossia can up its charging rates to impressive levels, it may want to concentrate on getting that rolled out sooner than later. The company’s main competitor, Energous, has been making waves in the press. A MacRumors story in February even tipped the company as potentially partnering with Apple to bring wireless charging to the iPhone. Though Ossia claims that Energous’ solution is limited since it depends on line of sight to work: it doesn’t need to make contact with the phone, but it won’t work through materials.

It’s not clear at this stage when Cota will hit the market, as smartphone makers will need to build the chip into their phones on their own schedules. A base station for the home is expected to cost around $200, and Ossia is aiming to have development kits ready by the summer. Beyond that, partnerships with stores and other businesses are being planned to bring wireless charging to public places. If Ossia can pull it off, Cota could end battery woes altogether.