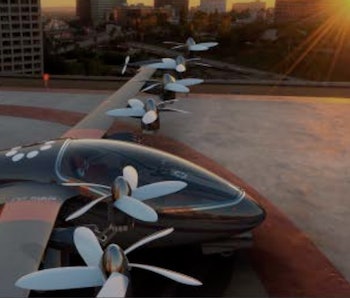 In less than ten years, you won’t have to worry about your Uber getting stuck in traffic — because it will probably be transporting you through the air. Uber announced its plan Wednesday to launch “Elevate,” a system of fully electric aircrafts that could get you from San Francisco to Silicon Valley for the price of an UberX. Uber first announced its plans to launch a flying vehicle within ten years in September, but this is the first time they’ve released any sort of detailed plan for the venture.

The final vision for the “Elevate” aircraft is a fully electric, vertical-takeoff-and-landing vehicle that can fly 100 miles at about 150 mph, carrying multiple passengers and a pilot. Where the use of a single rotor in helicopters can produce uncomfortable noise in order to travel at a fast enough speed, Uber will utilize a Distributed Electric Propulsion model (DEP), in which electronic engines are distributed across the aircraft, simultaneously producing sufficient power for vertical take-off, and maintaining low perceived noise levels.

As Uber notes in its announcement, there are already a number of companies using DEP technology, including Larry Page’s Zee.Aero, Airbus’s “flying taxis,” set to launch by 2020, Germany’s e-Volo 18-rotor Volocopter, which is slated to go on the market in 2018, and China’s Ehang 184, which began flight tests in June. It’s unclear which company Uber will choose to partner with to get “Elevate” off the ground, but it’s not short on options.

The vertical take-off and landing (VTOL) technology that Uber and these other companies are betting on has actually been around in some form since the 1950s. In March, DARPA awarded a contract to Aurora Flight Sciences to bring their VTOL X-Plane to life, and so far, the results have been pretty impressive.

“With a more constrained use case focused on ridesharing, a more mission-optimized vehicle is possible, e.g. utilizing distributed electric propulsion (DEP) technology,” says Jeff Holden, Chief Product Officer. “But no vehicle manufacturer to date has yet demonstrated a commercially viable aircraft featuring DEP, so there is real-risk here.”

Unike the kind of Uber you can summon to your house, Uber’s VTOLs will operate at “vertiports,” where they can recharge and wait for passengers. The veritports would likely be on the top of parking garages. As Uber explains in their paper, the VTOLs will not be privately owned like current Uber vehicles.

A key part of Uber’s plan to make its VTOL more efficient than other DEP vehicles is autonomy, though the company suggests its cars will initially need commercial pilots to operate the flying cars. As with on-the-road autonomous vehicles, there are still a number of safety features the company needs to iron out.

“Not only must the FAA be convinced, but the insurers who cover the risk of the operation will need to see that pilot skill and experience requirements are reduced,” the company says in its report, comparing the education process to that of a light-sport pilot license.

Overall, the company expects its autonomous VTOL design to be safer than any existing autonomous vehicle on the market.

“These VTOL designs will also be markedly safer than today’s helicopters because VTOLs will not need to be dependent on any single part to stay airborne, and will ultimately use autonomy technology to significantly reduce operator error,” the report says.

And because the VTOLs would always have some sort of “ground control” at the vertistops to ensure safety, Uber thinks the vehicles could actually evolve faster than self-driving cars that currently lack any sort of developed infrastructure.

Uber is also working on making the ride smoother for users and making sure the vehicle can withstand dangerous weather conditions.

You can read the full plan here: 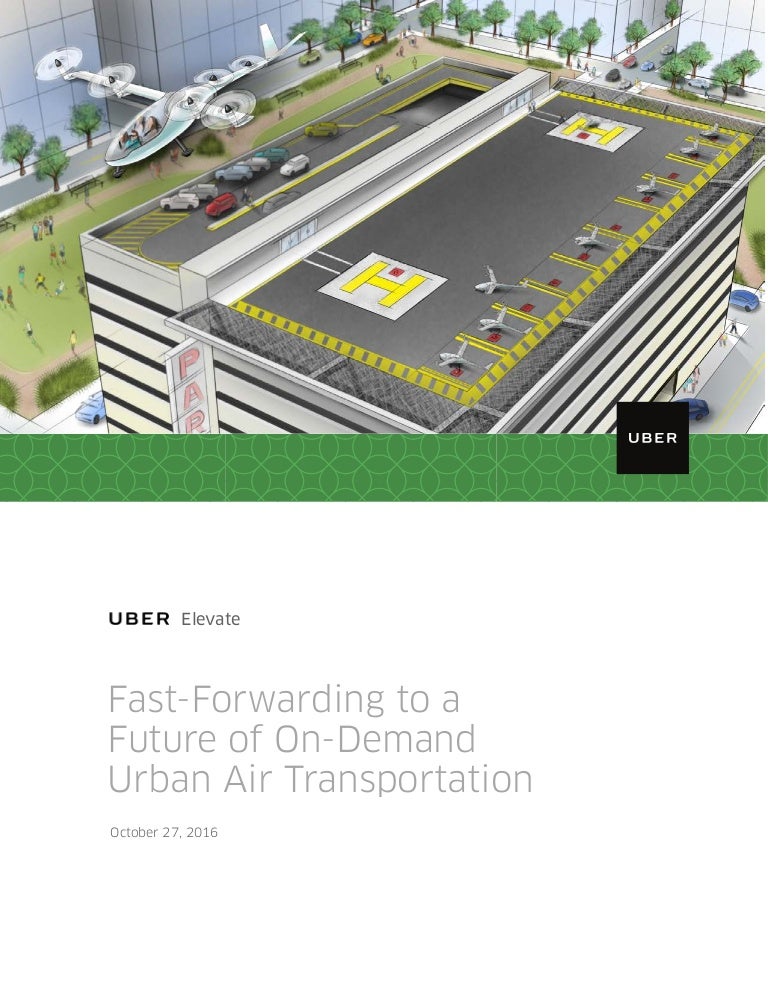 More like this
Innovation
6.24.2022 5:00 AM
Beam-steering radio technology could help autonomous cars finally hit the road
By Sascha Brodsky
Innovation
13 hours ago
Can cars run on water? The science of a TikTok conspiracy theory, explained
By Andrew Moseman
Innovation
6.27.2022 8:00 PM
Artificial photosynthesis can grow plants without light — and may solve a planetary dilemma
By Steph Lee
Share: