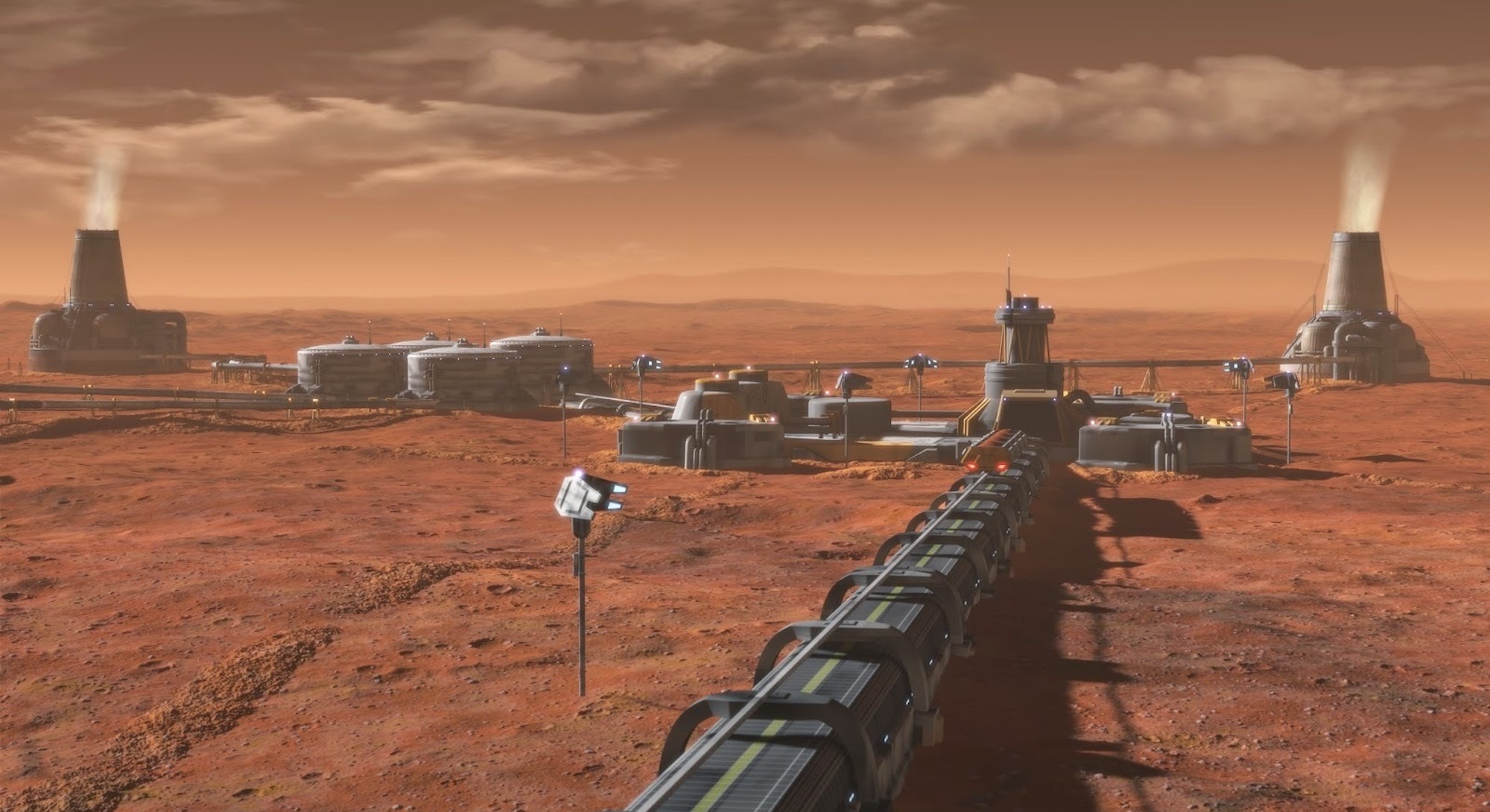 The Holocene is dead; welcome to the Anthropocene. Once a controversial stance, the notion that human activities have altered planetary geology adequately enough to warrant the demarcation of another epoch has more traction than the Mars Rover. A prominent international panel of scientists recently recommended the term for official designation. Are there holdouts among geologists? Sure, but the more interesting critics of the Anthropocene are social scientists. Some academics on the left are making the point that the Anthropocene is the real deal, but poorly named. The natural environment is changing in unprecedented and disastrous ways, they argue, but the culprit isn’t humankind, it’s capitalism.

McKenzie Wark, professor of media and culture at The New School, is among those that take the view that a capitalist economy is behind the climate change crisis. His recent book, Molecular Red: Theory for the Anthropocene, draws on Marx’s idea of metabolic rift — a destabilization of the planet at a chemical level, which Marx saw in fields stripped of nutrients through industrial agriculture.

Molecular Red asks not if Anthropocene is a useful word, but instead how it should be interpreted and understood. Wark gathers thinkers from Soviet Russia and techno-America to pull together a sort of tool kit for changing the world. His sources transcend academia, and reach into science fiction. He’s particularly intrigued by the idea of human colonies on Mars, which represent the possibility to try something different, and the imperative to try something more sustainable.

How do you understand the concept of the Anthropocene?

The important thing to bear in mind is that geologists, and other Earth science people, came up with it. When the people who study those sorts of things — the very long term processes that happen between rocks and air and oceans — start thinking that something to do with humans is a significant factor in what they observe, then that’s a very significant moment in the history of knowledge. For the rest of us, it means coming to terms with the ways in which the Earth is a “closed” system, where we can’t just dump our trash where we want and expect it to go away. We need to attend to the economic and political systems that do that, and change them.

How would you explain Marx’s theory of metabolic rift to someone unfamiliar with the concept? How does it apply to greenhouse gases and climate change?

Marx was reading the emerging soil science of his time, and took an interest in the way nitrogen and phosphorus compounds ended up being extracted from the soil in growing cereal crops, which fed an increasingly urban workforce, but where a lot of those soil nutrients ended up being peed down the drain rather than returning to the soil. He generalized that into a theory of metabolic rift, where some break occurs in the passage of some molecule or other through the modern capitalist economy. I would suggest that carbon compounds are, likewise, a subject of metabolic rift. Capitalism — the world-conquering economic system in which we live — runs on carbon extracted from the ground, but which ends up in the atmosphere and oceans. That’s a potentially disastrous metabolic rift.

What is the Carbon Liberation Front?

The history of the modern world from the French Revolution onwards is often thought of as a series of liberations — from tyranny, from mystification, and so on. Or, more positively, the liberation of the common people, of the slaves, of women, and so on. There’s even a movement now for animal liberation. But what if the thing that really got free in modern times was nothing human or even animal, but was an element: carbon? Capitalism runs on fossil fuels — on carbon. It “liberates” it from oil and coal deposits, runs the commodity economy on it, and dumps the waste carbon in the atmosphere and the oceans. So I coined the term “Carbon Liberation Front” as an ironic way of thinking about what transpired in the modern era, which is the era of the rise of capitalism.

You draw on the writing of Kim Stanley Robinson to make your case. How is science fiction useful in understanding the Anthropocene, and climate change?

Science fiction can be surprisingly realistic. Robinson, in particular, is very interested in real-world things that happen in between the human world and the natural world. He wrote the famous Mars trilogy before he had quite gotten a handle on climate disruption, but it’s a great thought experiment in thinking about nature and culture together. He pays attention to the science, but also to political questions, even questions of belief and habit. I recommend his book Green Earth as a great example of what’s now called “cli-fi” or climate fiction.

Could humans build a socialist utopia on Mars? How would we get there?

Alexander Bogdanov wrote a pioneering science fiction novel called Red Star, where there was already a socialist society on Mars. And in Robinson’s Red Mars, humans go there and build one. The moral of that story might be that we have to figure out how we can have individual liberty without consuming endless resources, and throwing our trash wherever we want. We have to have some way of addressing common human needs within a set of social relations that don’t just ignore their natural conditions of existence. The case that actually needs to be proven is how we could have capitalism, as it is, on any planet for more than a brief period of time before it crashes against the natural conditions it does its best to ignore. The thing that is “utopian” in the negative sense — meaning unreal and unworkable — is what we have now.

What is the way forward on climate change action? Can individuals make a difference? How?

We have to keep insisting it’s a priority. It hardly even came up in the presidential debates. And yet we are already seeing communities in the United States whose fortunes are negatively affected by climate disruption. On a global scale, it is already starting to bite. If you look along the borders between where the desert meets conventionally arable land all across the globe, you’ll see droughts, migrations, political instability. It’s likely these are early signs of climate disruption taking effect. One has to rethink what we do individually and collectively within the framework of metabolic rift, or the Anthropocene.

Are you optimistic about the future of climate change, humans, and the planet? Why?

The climate has already been permanently altered. The Holocene is already over. What’s an option, is to stop it getting to the point of being uninhabitable. Are humans capable of doing something about that? I don’t know. Nobody knows. Let’s find out! It’s just irrelevant whether I, or anyone else, is optimistic or pessimistic. Let’s see what we can and can’t do.