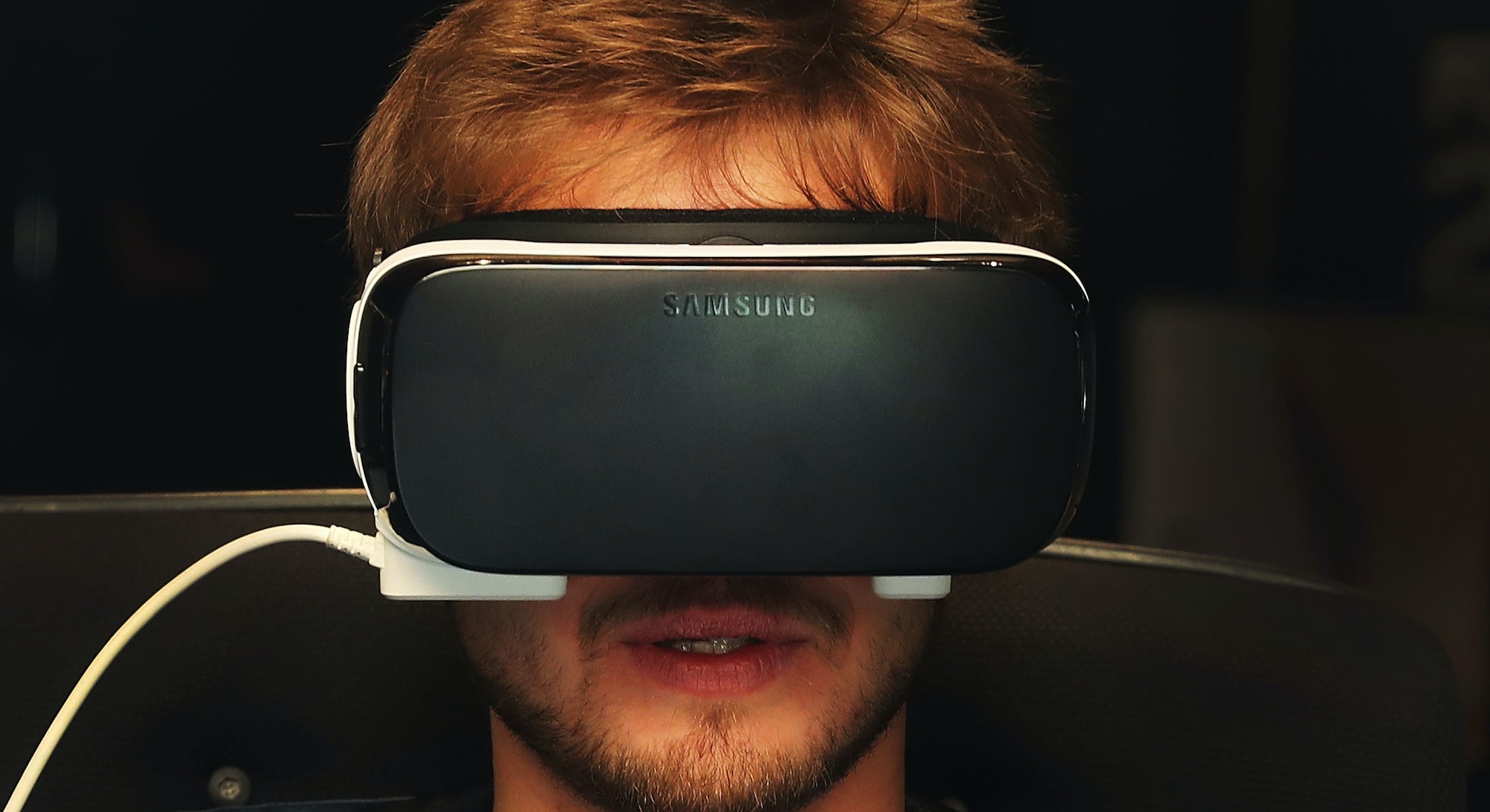 Virtual reality is entering a new phase of existence. When the Oculus Rift first hit Kickstarter back in 2012, the technology seemed like a pipe dream. As developer kits slowly improved, it still was slightly unbelievable that the headset might actually go on sale at some point. This year, it did, and with it the fantasy became reality.

In October, Playstation VR, an affordable console-based alternative, joined Oculus and the HTC Vive when it launched for just $399 in April. On the mobile side, Samsung and Oculus have been working on cheaper headsets that slot a phone over the eyes.

With the splashy debuts behind us, it’s time for virtual reality is to get creative, weird, and challenging. In film terms, it’s akin to James Cameron giving way to Werner Herzog.

Jonathan Kearney, artist and postgraduate program director at University of the Arts London, tells Inverse that, in this new phase, creative types will forge the way forward.

Kearney cited a book by Michael Heim, an American author once described as “the philosopher of cyberspace.” In The Metaphysics of Virtual Reality, Heim said that VR would need “cyber sages.”

“He felt what it needed was cyber sages, people with wisdom, who could help shape and direct,” Kearney said. “Wisdom comes from experience, and sometimes painful experiences. The experience of mistakes, of having to work with challenges and difficulties and things not working the way you want them to.”

Who these “cyber sages” are is unclear. Kearney noted that developers may find themselves exempt, depending on their motivations for creating new projects. The sages need to collaborate with others, share their work around and help others understand how best to traverse the new digital playground. If they’re working for big bucks to create unique experiences, they might not engage with the wider community.

Initial VR efforts show how this can all go wrong. At E3 2016, indie studios expressed bewilderment that big-name developers had ignored the collaborative efforts taking place during the early days of VR development. “Quite a lot that was shown seems to ignore all the work and research the VR developer community has been sharing and shouting about for some time,” said Katie Goode, a VR developer at Triangular Pixels.

“It does feel as though some of these developers haven’t been paying attention to a lot of the advances made and best practice techniques established by the VR development community over the last 18 months,” said Patrick O’Luanaigh, co-founder of nDreams.

Outside of the big budget stalls at E3, developers are pushing the boundaries of what’s possible with VR, sharing new advancements with a global audience. Here’s three examples.

The Mill’s collaboration with The Guardian is largely geared to mobile VR, but it’s a sign of the unique ideas coming to life on low-end hardware. Launched in April, the experience aims to simulate what life is like for people in solitary confinement, drawing on the real-life stories of six men and one woman in what the outlet calls “a new form of journalism.” 6x9 communicates their story in a way never-before possible.

Developer Crows Crows Crows have created one of the more surreal experiences. Accounting offers little in the way of sense, coherence or storyline, instead drawing on the likes of Octodad and Surgeon Simulator to create a hand simulation game inside another hand simulation game. Justin Roiland of Rick & Morty fame provides the voiceovers, but this is not a highly-polished affair. Roiland worked with William Pugh and Dominik Johann to finish most of the development in one week. Accounting is a prime example of the great things developers can create when they’re let loose with immersive hardware to create something decidedly un-immersive.

Origins debuted at SXSW 2016, and was the result of what happens when you mix VR with filmmaking. An LSD simulator, Origins aims to take the immersive aspects of the new technology and alter the physics of a room to recreate an acid trip. The experience was produced alongside documentary Orange Sunshine.

“The most intense and true part of the experience came when the guy to my left turned and locked eyes with me,” said Michael Calore, who sampled the experience at SXSW. “His stare is one I’ve received (and likely given) before while watching my own coffee table melt. It was an intense moment. Staring back into those eyes, connecting with this image of a fully digitized actor projected onto a pair of LCD screens inches from my face, I felt a familiar fear.”

While the above three are short experiences, they’re the first shoots in the garden that will take form in the virtual world. As innovative projects experiment with these new physics, they may bring as-yet unimaginable ideas to life in the confines of a small headset. It’s just the beginning.